Oulanyah said what makes it difficult to attempt writing a mourning book is individuals perceive the internal pain differently.

BUKEDEA - No author in the world regardless of the given level of intellect has the ability and art of writing a book the can guide people on how to mourn systematically.

Jacob Oulanyah, the Deputy Speaker of Parliament made the remark during the burial of three-year-old Lucas Emoru Obore, son to Chris Obore, Parliament's Director of Communication and Public Affairs at in Miroi village Kolir Sub County in Bukedea district on Saturday.

Oulanyah said what makes it difficult to attempt writing a mourning book is individuals perceive the internal pain differently.

He advised the bereaved family to remain faithful to God who gives and takes away at His own timing. 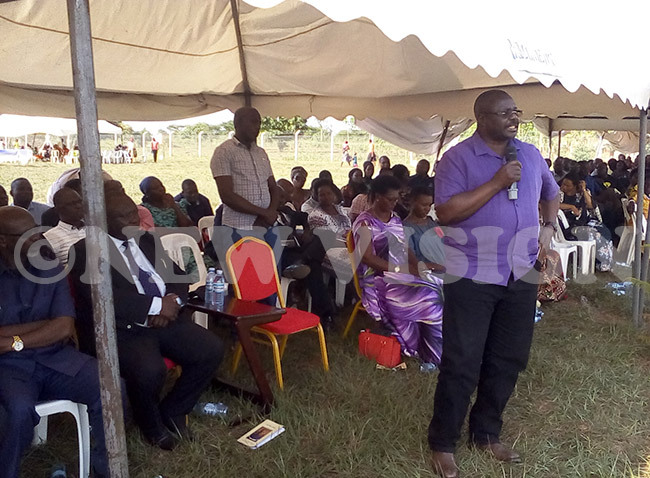 "I'm happy Obore is a believer who is following the right path," Oulanyah said.

Narrating his son's last moments, Obore said Larrisa Asio Obore a sibling to the late (Emoru Obore) challenged him to take her brother to hospital where machines can be used to make him stand and come back to life.

"I told my children that their brother will never come back to life and if they want to see him, they should believe in Jesus," Obore said with a breaking voice as he tried to hold back tears.

Reverend Patrick Ouke, who preached to the mourners, said people should evaluate themselves because all of them are living corpses.

"Wherever you are, do your work in line with what God expects from you,"Ouke said.

He added that people who die in faith are said to have passed on because they are going to the next destination but those who die faithless go to hell.

Ben Oluka who spoke on behalf of the media fraternity praised Obore for being man who always sticks to the truth.

"His objectivity pushed him to the office he is holding and all this was because he followed the advice of Patrick Okabe (Serere Member of Parliament) who was his principal at the Bible School in Mbale.

Simon Emaat, a businessman in Kolir trading centre acknowledged the unity that the Members of Parliament and parliament staff accorded the bereaved family.