Burna boy in town ahead of Friday concert
Next Story

It was a hustle getting into Sheraton Kampala Hotel on Friday to see Burna Boy perform. The entrance and roads leading there were clogged with people, all struggling to get in.

Once in, it didn't get any easier as people were packed, body-to-body and one had to strain too hard to have a glimpse of the performers on stage.

John Blaq kicked off the party a few minutes after 7 pm performing his hit song Tukwatagane his latest Makanika. He was followed by Fik Fameica who gave an electrifying performance. 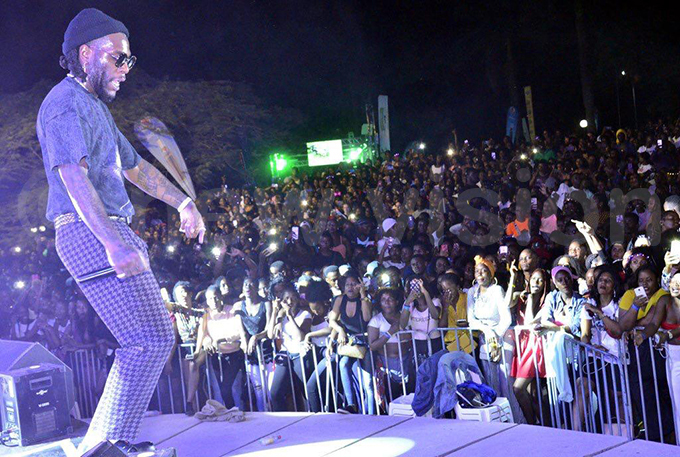 Musicians, Iryn Ntale and Sheebah also added energy to the already fired-up crowd, singing a repertoire of songs each before the crowd grew restless.

Whereas others clapped for the curtain raisers who came after John Blaq, a good number jeered and heckled, demanding for Burna Boy to perform.

Voices got lost in the crowd but, on the cyber streets, the noise was loud and clear. 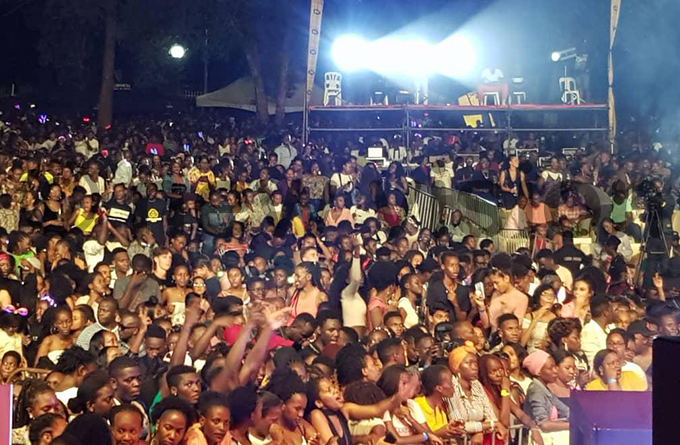 "Our money" some people cried out when it clocked 10:30 pm and the main act had not yet performed. The delay sucked out the energy out of the party.

Burna Boy eventually stepped on stage minutes after 11 pm to reinvigorate the crowd whose excitement was palpable. 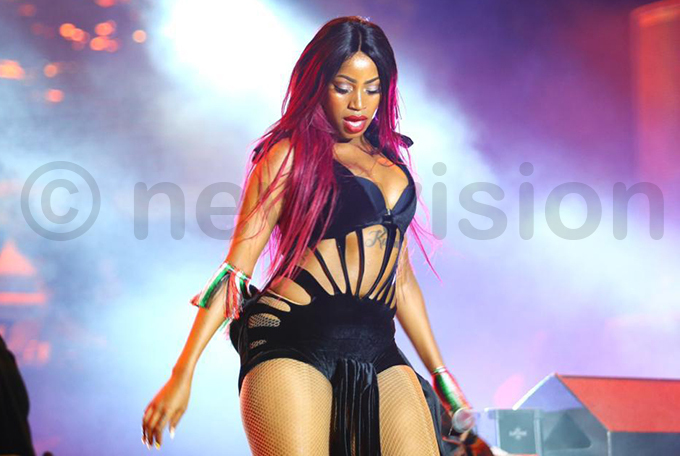 Sheebah was one of the opening acts. Photo by Ronnie Twinamasiko

The Nigerian singer seemed to enjoy himself, pulling dance strokes and grinning while at it and the energy seeped into the crowd.

He sang Gbona and quickly took fans through a few of his other songs in a performance which was every part pure entertainment for his fans.