We don't regret endorsing Museveni as sole...
Next Story

Suspects being transferred to CID headquarters. photo by Hudson Apunyo.

LIRA - Twelve out of the 22 suspected corrupt senior district officials who were arrested from four districts of Lango sub-region by the State House Anti-corruption Unit have been transferred to Criminal Investigation Department (CID) headquarters in Kampala for further investigation.

The team, led by Lt. Col. Edith Nakalema, stormed districts of Lira, Alebtong, Dokolo, Amolatar and Lira Municipality on Tuesday and Wednesday and arrested about 22 senior district officials. Some were released on police bond while 12 remained in custody. 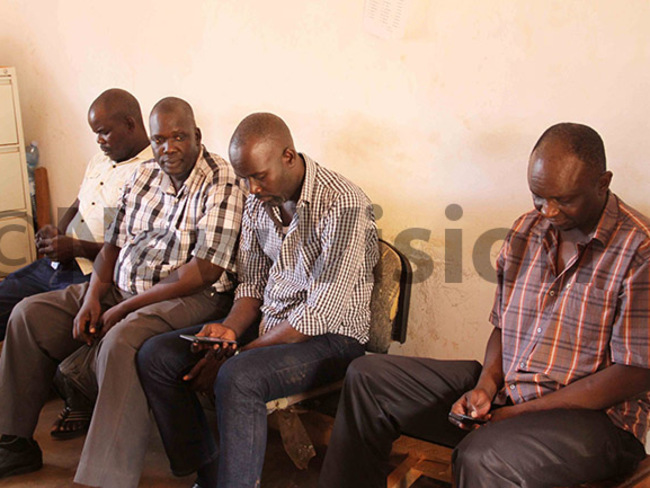 Some of the suspects. Photo by Hudson Apunyo.

Those whose arrest was ordered but still remain at large include Boniface Odora the senior accounts assistant of Lira district and Sarah Adong the engineering assistant of Lira Municipal Council who was later arrested but released on police bond due to ill health.

A CID officer with the team who declined to be named because he is not allowed to speak to the press said some of those who were released on police bond are on the run and could not be traced by the time of transferring their colleagues to Kampala.

Those who were supposed to be picked but disappeared include the Town Clerk of Lira Municipal Council Assy Abirebe Tumwesigire and his deputy Patrick Ogweng. Lt. Col. Edith Nakalema pitched camp in Lira for two days  starting Tuesday before she left, leaving behind CID officers. The officers carried out investigations including visiting sites where district officials claimed boreholes and classrooms were constructed but found none.

Can a hen run after a cock?