President Yoweri Museveni who is also the Commander in Chief of the Uganda Armed forces has embarked on a nation-wide on-spot working visits to UPDF barracks.

The visists include interaction with officers and men over their welfare issues, including housing, education for their children, health facilities at stations and income-generating activities for the wives of soldiers.

At the start of the visists, where he met soldiers at Kakiri Barracks in Wakiso district on Friday, Museveni called on the Uganda Peoples Defence Forces (UPDF) to fight for the people of Uganda to be prosperous by providing a security service based on the four principles of patriotism, Pan Africanism, social-economic transformation and Democracy.

"To be an officer in the UPDF, you must know our ideology. You must know the interests of your people. Prosperity means security for the people of Uganda. We can't guarantee our prosperity if we go by identity. Patriotism can help our people much better than parochialism and sectarianism," he said. 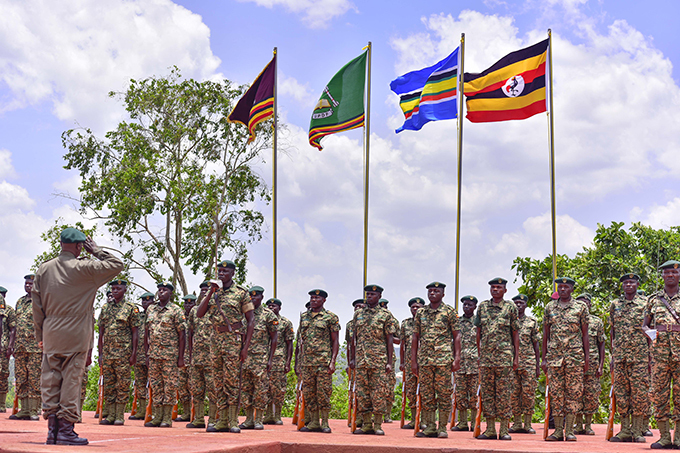 The President, who first met platoon commanders, company commanders, battalion commanders and brigade commanders separately, later held a combined meeting with other officers and men and said the UPDF must know its historical mission and the ideology of the revolution.

"I have come to check on the units and the service they extend to our people in terms of security. We want politics of patriotism. It will help give us a bigger market than regional groups. Without African integration, the common market of East Africa and Africa, there can never be prosperity. We are lagging behind in science and technology and we must push for political and economic integration. Uganda cannot survive alone in a modern age," he said.

On education, the President noted that government policy is to ensure free education for the children of the poor. He said at the primary level, the government has provided free education to four children per family and said soldiers children can access army schools. He said they would consider a proposal to offer the same for secondary school education. He, however, blamed some individuals who are trying to frustrate the efforts by charging parents fees. 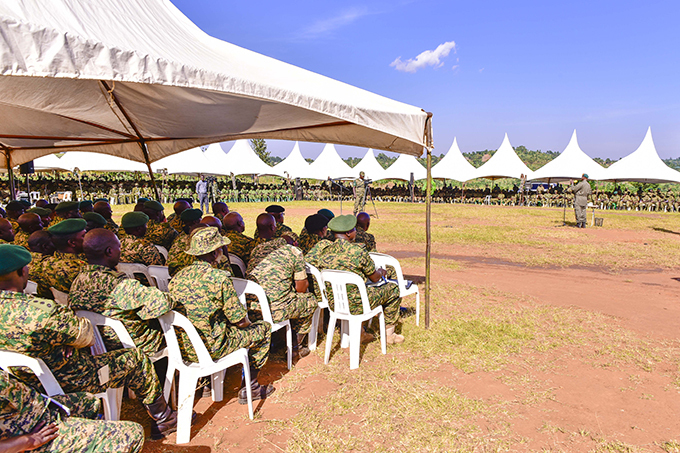 On housing, the Commander in Chief urged the Defence administration to consider using their own labour as opposed to contracting building services. He said the SFC hospital was constructed for about sh400m compared to the sh1.5b earlier quoted by the private contractor. He, therefore, said that by using the UPDF construction brigade, the government would be able to meet the housing needs for the forces. He added that the government has been spending close to sh96b on rented offices which he said must stop.

The commander engineering brigade Major General Timothy Sabiiti Mutebile said the force needs 60,000 housing units but currently has only 7000. He said the UPDF engineering brigade has about 2500 well-trained human resource personnel whom they can use to bridge the gap without using contractors.

President Museveni urged the force to strengthen their confidence through knowledge saying without knowing, they can easily be deflated. He said the development of science and technology is the primer of social change alongside patriotism, Pan Africanism, social economic transformation and democracy. 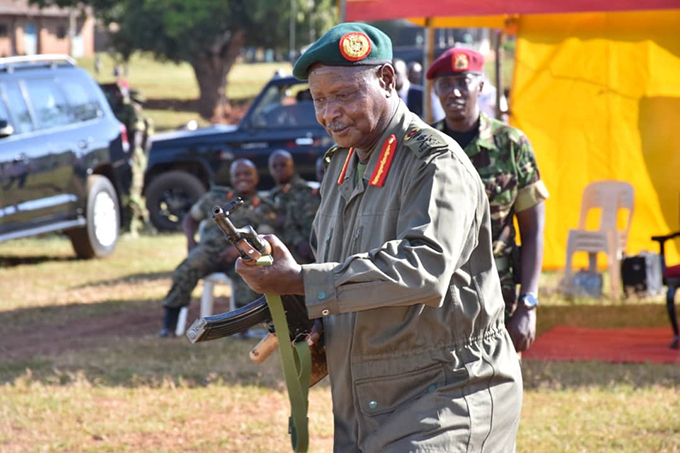 The President elaborated with a gun show and said when a soldier runs out of bullets, he can still improvise with his gun and keep fighting.

He urged the force not to squander their lives, live healthy lives and avoid alcohol, prostitution and malaria.

He later announced a donation of sh100m to the SACCO of wives of soldiers involved in income-generating activities.