What it takes to drill a borehole
Next Story

World Water Day: Theme is Leaving no one behind

World Water Day: Theme is Leaving no one behind

As Uganda joins the rest of the world to mark the World Water Day, today's event offers an opportunity to reflect on a host of issues pertaining to a resource whose importance in some parts of the world cannot be over emphasised.

The World Water Day is an annual United Nations (UN) observance day that highlights the importance of fresh water. The day is used to advocate for the sustainable management of freshwater resources. World Water Day is celebrated around the world with a variety of events.

These can be educational, theatrical, musical or lobbying in nature. The first World Water Day, designated by the UN was commemorated in 1993. This year's theme, Leaving no one behind, adapts the central promise of the 2030 Agenda for Sustainable Development — which is to the effect that in sustainable development progresses, everyone must benefit. 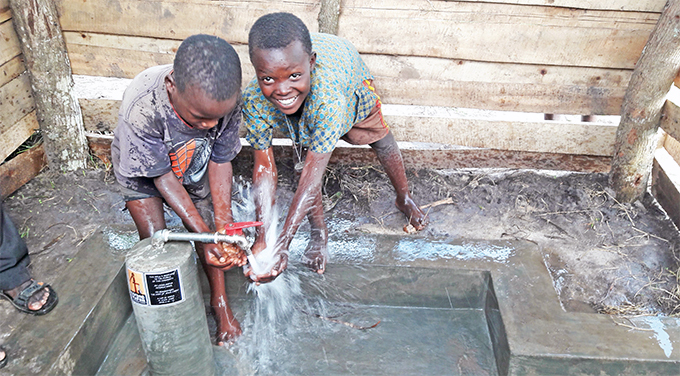 And with Uganda experiencing the incipient signs of global warming as evidenced by unpredictable weather patterns and prolonged droughts, this year's theme makes sense if the country is to forestall the specter of an increase in water-stressed areas.

Despite government's increased funding tailored to improve access to safe drinking water, the picture is still not very rosy, but better if compared to other countries on the lower rungs of the development index of the United Nations Development Programme. CLICK HERE FOR MORE ON THIS STORY

Sixty six climate resilient water and sanitation facilities have been commissioned in six districts in the eastern region of the country by the commissioner for rural water supply and sanitation department in the Ministry of Water and Environment, Eng. Joseph Eyatu.

The facilities were constructed with funding from the African Development Bank to implement climateresilient water and sanitation intervention. The facilities include; eight enviroloos, 10 cesspits and 40 very improved pit-latrines, and were constructed at a cost of over sh3.3b. Martha Naigaga, the sanitation co-ordinator in the Ministry of Water and Environment, says the expected outcome from the additional funding will improve access to safe and clean water for domestic consumption in droughtprone districts.

Naigaga said increased access to climate-resilient sanitation in flood-prone peri-urban areas will improve awareness of technologies, measures and practises to increase resilience to climate change in flood and droughtprone areas. 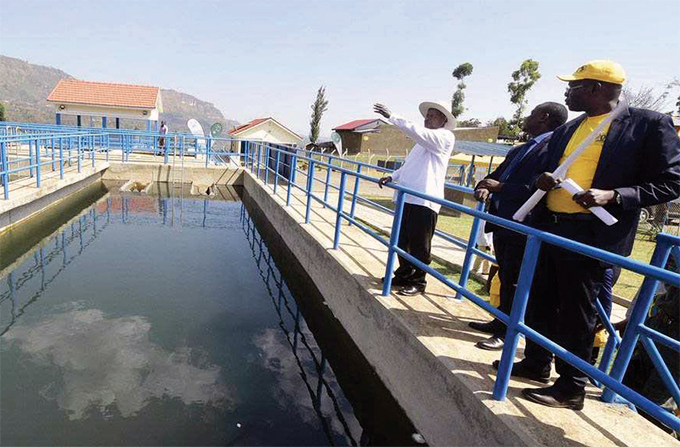 She named Budaka, Kumi, Pallisa, Soroti, Butaleja and Bukedea as the six benefiting districts. She also said all the facilities in schools have rooms and incinerators at the girl's toilet to enhance menstrual hygiene management. Others are stances for persons with disabilities (PWDs), handwashing facilities and gates to enhance security has been put in place.

Other projects include distribution of 1,500 fruit tree seedlings to enhance environmental conservation. However, the local leaders in the benefiting districts wondered as to why the facilities were being commissioned when they already had cracks. Budaka LC5 chairman Sam Mulomi said the representative the district pit-latrine-pupil ratio has been standing at one to 120, adding that construction of more pit latrines in schools will improve poor disposal of fecal matter.

He said in some schools, pupils and teachers share pit latrines, exposing the girlchild to defilement and lack of privacy. CLICK HERE FOR MORE ON THIS STORY

The first rainy season in Uganda covers the months of March, April and May. Direct rainfall is the major source of water for Uganda's lakes, rivers and wetlands, yet the recent uneven rainfall pattern is threatening this balance.

Forests and wetlands are key stores of water and they regulate its flow, Paul Mafabi. the director of environment affairs in the Ministry of Water and Environment, says. "Forests and wetlands contribute to rainfall formation, which ensures we have water over a long period of time.

If we destroy forests and wetlands, it breaks the water cycle," Mafabi explains. According to Water Resources of Uganda, a research publication, 61% of the country's water is drawn from ground water sources, accessed from springs and boreholes. "In many villages wells have dried up yet we used to have many," the National Forestry Authority executive director, Tom Okello Obong, says.

He adds: "Government would just connect a pipe and the locals would have water in plenty. However, most of them have dried up because the forests which were holding the water and allowing them to sink are no longer there." Obong says when it rains nowadays, most of the water just flows away.

He says even the wetlands where the water would have gathered have also been destroyed. "Water is now flowing on the surface looking for its path into Lake Victoria, in the process it is carrying soil because the area has been cleared of vegetation. We are silting the lake.

In future, our lake will become so shallow and no economic activity will take place. Rivers have dried up too," he explains. According to Water Aid, a non-governmental organisation, more than 23 million people in Uganda do not have clean water. CLICK HERE  FOR MORE ON THIS STORY

CENTRAL UMBRELLA OF WATER AND SANITATION

Government teams-up with World Bank to build over $1.5b road projects

Amollo quit nursing to educate her people through writing