Use data for research, universities told
Next Story

The government will not take over disputed land for government projects before resolving the valuation dispute, according to the new land acquisition amendments.

According to the minister of lands, housing and urban development, the government will only take over possession of the disputed land after the Land Acquisition Tribunal and the High Court has handled the dispute.

The two institutions are expected to timely handle the matters within a period of 75 days.

Rather than amending the Constitution as had earlier proposed, Government has instead amended the Land Acquisition Act of 1965 and introduced a Land Acquisition Tribunal that will listen to valuation disputes from persons whose land has been valued by the chief government valuer before compulsorily taking over the land.

"Unlike in the previous proposals where the money would be deposited and the government goes ahead to acquire the land, the new amendment has removed all that. When there are disputes in the value of land to be acquired, the Tribunal and the High Court should ensure timely resolution of the dispute. If the parties still disagree on the value, then the government should go ahead and pay the amount that has been decided by the High Court," Amongi explained

The government in 2017 tabled in Parliament the Constitution (Amendment) Bill, 2017 which provided for how the government could acquire disputed land for infrastructural development and investment projects. 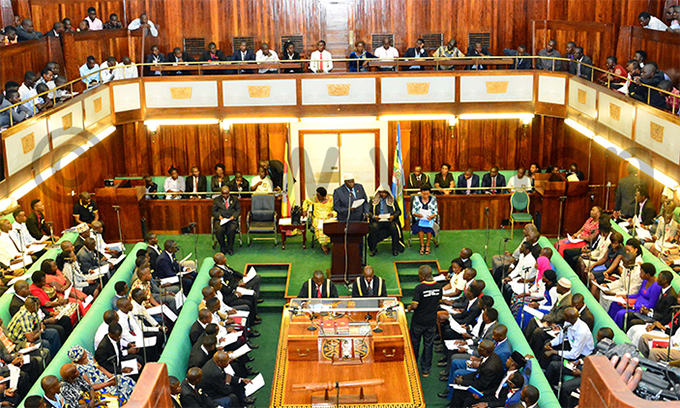 The Bill sought to enable government, or a local government to deposit with the court, compensation awarded by the government for any property declared for compulsory acquisition.

Tabling the amendments, the deputy Attorney General Mwesigwa then stated that the purpose of the bill was to resolve the current problem of delayed implementation of government infrastructure and investment projects due to disputes arising out of the compulsory land acquisition process.

Rukutana said that delayed government projects had caused significant financial loss to the government in penalties paid to road contractors for redundant machinery at construction or project sites as the courts attempt to resolve the disputes.

However, the Bill was later withdrawn from Parliament pending further consultation by the government.

Amongi told journalists on Wednesday at Uganda Media Centre that most of the amendments were prompted by the proposals in the Parliamentary Legal Committee report that reviewed the Constitutional Amendment Bill 2017.

The MPs argued that if enacted into law, instead of helping the government acquire land for development, the proposed bill will lead to more land grabbing and evictions in the country.

Other MPs protested the government's move to present a bill to amend only one article of the constitution despite an earlier directive by the speaker of Parliament to present a comprehensive Constitution (Amendment) Bill.

According to the report, the Committee had proposed that rather than amending the constitution, the government should amend the Land Acquisition Act and create a Tribunal to specifically handle the disputes.

The committee also rejected the proposal to deposit money and take over the land before the court handles the dispute.

Uganda and Congo in bid to combat wildlife crimes

UWA Gets Trucks To Fight Poaching