Do you know Uganda has the smallest church...
Next Story

The wonder of the Crested Crane

In some circles it is called the Grey Crown Crane. Elsewhere in Teso it is baptised Owalu and in Buganda it is Ngaali.

"Besides its elegance and beauty," says Uganda Bird Guides Association President Herbert Byaruhanga. "To the eye its neck is almost as long as the legs. The head wears several colours. I have seen grey, red, black yellow and red!"

The scientific name is Balearica Regulorum Gibberricipes and it has a pair or wings that measure to 6.5ft.

"This feathered beauty lives up to a ripe old age of 22 years," says Hassan Mutebi, a seasoned birder. "The eggs hatch in 30 days and the chicks mature in three years. There after they go solo." 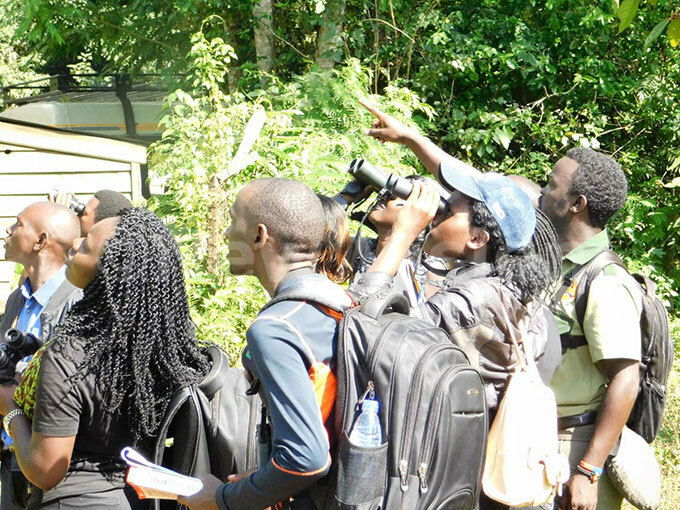 Besides elegance and beauty there is more to this bird.

It indulges in what humans call a marital relationship with only one partner in life. Literature has it that if one is widowed, they stay single till they die.

Like nature would have it, these beauties are often feasted on by dogs and dreaded by some people who treat them as pests. Rumour has it that if the cops nab someone stoning or  having it as a meal they risk ending up behind bars.

"I will get back to you after perusing the books of law," responded the Uganda Police Spokesman Patrick Onyango when asked about legal consequences. "But I know they are good for the eco balance. Unfortunately most of the swamps where they dwell are being reclaimed."

UWEC spokesperson Scovia Musimenta agrees that the eco system is largely dependant on birds and mammals.

"Cranes eat insects, rats and grass," says Musimenta. "In Uganda we have them living near water bodies. We also get some migrants from the desert areas in North Africa when they flee from the harsh sun rays. Take note that the national emblem bird is endangered."

Summing up that, the onus is upon every Ugandan to protect it and conserve nature in general.

I watched helplessly as my eye melted in my hands

A doctor''s ignorance ended my life