TB still remains one of humanity's scourges
Next Story

Having Kidney disease does not end in transplants or death

According to available statistics, chronic kidney disease is at least 3-4 times more frequent in Africa than in developed countries.

According to available statistics, chronic kidney disease is at least 3-4 times more frequent in Africa than in developed countries.

On many occasions, medical experts have said Kidney disease among Ugandans is usually diagnosed late.
"They come to us when they have probably had the condition for a year and lost 80% of their Kidney," Dr. Emmanuel Sekasanvu nephrologist (kidney expert) says.
When 21-year-old Mary Taaka was taken to a doctor, her parents suspected she had kidney disease but rejected the idea of conducting a biopsy on her.
The doctor even went an extra mile of asking Taaka to convince her parents to allow the biopsy but they refused.
After six months, Taaka's parents went back to the doctors asking them to sign papers to enable their daughter to get a kidney transplant.
Doctors say if her parents had agreed to a biopsy, the condition would not have worsened to warrant a transplant. Kidney disease is not fatal it can be cured or managed as long as it is detected early.
How common is kidney disease
Every second Thursday of March is World Kidney Day. This year it is being marked under the theme "Kidney Health for Everyone Everywhere". The day is dedicated to raising awareness and the need for strategies to prevent and manage the condition.
A random population survey in Wakiso, Masaka, Rakai districts and Kyamulibwa in Kalungu district found about 14% of Uganda's population has kidney issues.
According to available statistics, chronic kidney disease is at least 3-4 times more frequent in Africa than in developed countries.
The prevalence of diabetic nephropathy is estimated to be 14%-16% in South Africa, 23.8% in Zambia, 12.4% in Egypt, 9% in Sudan, and 6.1% in Ethiopia.
Signs to pay attention to.
According to Dr. Sekasanvu, the cardinal symptoms when you have kidney disease is your feet or eyelids swelling.
"The body and face will become puffed up. One may also notice that their shoes or clothes no longer fit. One may also feel their skin tighten up.
The colour of the urine also changes. "The urine becomes bloody, dark like black tea, or becomes frothy.
When you pass urine it does not make foam but with kidney sickness, it starts making froth like it has soap in it," Sekasanvu explains.
Adding that in some cases the volume of urine reduces. One may not pass urine frequently although they are drinking water.
He says one might also develop hypertension (high blood pressure) which has symptoms of its own including headaches and a racing heart.
Another sign is excessive tiredness from minor chores. Also, unexplained anemia accompanied by dizziness and weakness. It could be a sign of kidney disease, according to Dr. Sekasanvu.
So what is causing kidney diseases?
The greatest of all risks to the kidney is high blood pressure, according to Dr. Robert Kalyesubula a Nephrologist and president Uganda Kidney Foundation.
This is in addition to diabetes, infections particularly HIV and inappropriate use of drugs.
The other causes are among other genetic diseases, infections, accidents, trauma, bleeding, poor diet, alcohol, smoking, malnutrition, and dehydration.
Dr. Simon Peter Eyoku, a senior nephrologist at Mulago Hospital - Kirudu, says unlike in the past where the most common causes of kidney disease were sore throat and infections, today it is high blood pressure, diabetes, and HIV.
Dr. Sekasanvu says people with high blood pressure affected by Kidney disease are mainly adults 40 years and above. 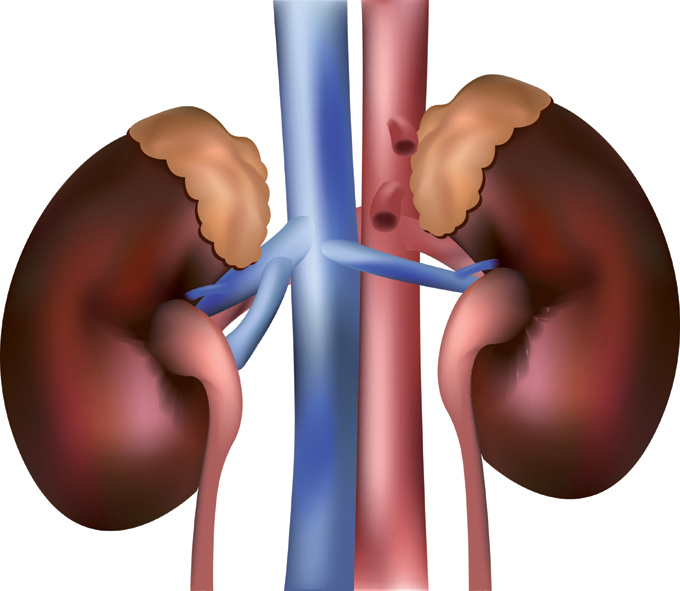 "Most are undiagnosed or have poorly controlled high blood pressure and their kidneys eventually fail," he says.
There are many environmental risks factors to the kidney. Other cases are associated with infection and immunologic disease.
"Daily you hear of someone with an infection, from a sore throat, skin and bloodstream infection, infections in the kidney itself (urinary tract infections), malaria, pneumonia, cholera, and diarrhea.
These are not supposed to be very common, but we still have mosquitoes biting people, poor hygiene, overcrowding and poor ventilation in the rooms," Sekasanvu says.
Also, some infections come from wounds, cuts and the injury ends up in a bloodstream infection.
According to Dr. Sekasanvu, if all these infections are not properly managed, they can end up affecting and damaging the kidney.
"Infections are the biggest problems we have in our environment. General community hygiene is bad" he says.
Other causes of kidney disease
Congenital diseases too cause kidney disease. One can be born with kidneys that are sick or be born with malformations of the kidney itself.
Pregnant mothers who abuse drugs and alcohol risk the kidney of their child also when the get preeclampsia (high blood pressure complications during pregnancy).
Also, use of chemicals can actually damage kidneys. They include prescription drugs, environmental chemicals including paint used in painting houses.
Other kidney diseases are acquired from infections in the environment including bacterial and viral infection like hepatitis B and C. One can also get the disease of the kidney due to weak immunology.
Forms of kidney disease
Dr. Eyoku says kidney disease is either acute or chronic. It is from stage one-five where five is chronic.
He says acute kidney injury can be reversed while the chronic kidney condition if not quickly managed can be irreversible.  It is therefore important to ensure it does not move from acute to chronic.
Eyoku says at Mulago Hospital-Kiruddu out of about 15 patients they attend to daily about 65% of the cases are reversible only about 30% proceed to the chronic stage.
Dr. Sekasanvu adds one can cure of acute kidney disease if handled properly however failure to do so turns it into a chronic condition.
Available treatment
In the initial stages of developing kidney complications, one can be given drugs, according to Dr. Kalyesubula.
For the stage that follows one is given drugs, then dialysis for the stage that follows and when the kidney fails eventually one is given a transplant.
But Dr. Sekasanvu says treatment of kidney disease is not about getting a kidney transplant as misconceived in society.
"I see many people who come to my clinic and say I fear transplant but they do not need it. They have other kidney issues which I normally sort out and they go," Dr. Sekasanvu adds.
It's estimated that the people getting dialysis in Uganda are about 150 in comparison to about 5.6 million people with kidney disease "that number is nothing.
Even then from the 150 only four or five are recommended for a transplant. We concentrate our efforts on the majority with kidney issues so that they do not proceed to get dialysis or transplant," he says.
According to Dr. Sekasanvu Kidney disease treatment also has dietary options besides using drugs.
He explains the kidney produces fluid supposed to be drained in the bladder. If the urine is not drained properly, it can damage the kidneys.
Dr. Sekasanvu says people should be vigilant on their health, watch out for kidney disease symptoms but above all live a healthy life, observe hygiene, eat healthy, fruits and vegetables not fast foods, do regular exercise, to avoid kidney diseases.
The cost for doing a transplant is in the range of $15000-$20000 (about sh.56 million - sh.74 million) but on average we say $20000 (about sh.74 million), according to Sekasanvu.