MENU
Save by making your own bricks
Previous Story

The Intergovernmental Authority on Development (IGAD) member states have finalised a draft protocol to facilitate the implementation of an agreement establishing and providing for the progressive realisation of free movement of persons and labour rights.

Citizens of member states shall have a right to enter, stay, move freely and exit the territory of another state in accordance with the laws, regulations and procedures of the host country.

Member states will undertake to harmonise their labour policies, laws and systems to facilitate free movement of labour and to mutually recognise the academic, professional and technical qualifications licenses or certification granted in other member states.

Dr Taddell explained that citizens from member states will be able to enter another territory without a visa. The protocol allows a citizen from a member state who wishes to stay in the host member country beyond the provided period to seek an extension of stay in accordance with the set procedures of a host country.

The mission for the bloc is to promote regional cooperation and integration and to add value to member states' efforts in achieving peace, security and prosperity. It also works towards achieving peace and sustainable development in the region.

Taddell said citizen among member states shall have the right to apply for employment and accept offers of employment made in a territory of another in accordance with labour policies, laws and regulations of a host company. 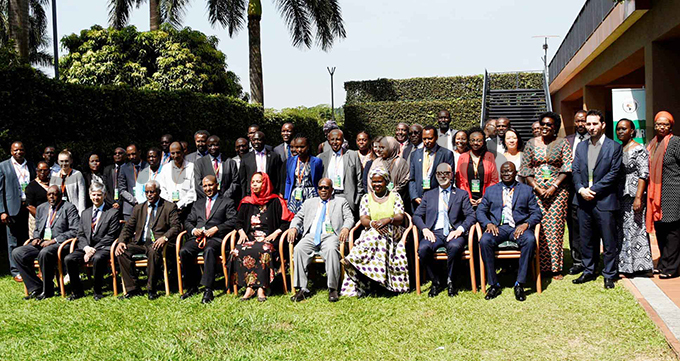 She said that IGAD Migration Action Plan puts the drafting, adoption, ratification, domestication and implementation of free movement of persons including the abolition of visa, the right of labour movement, establishment and residence as one of the ten strategic priorities of IGAD for 2015-2020.

She lamented that while a few IGAD member states could be categorised as visa open, some are extremely closed countries.

"To date, Africans still need a visa to travel to 55% of other African countries, 25% visa on arrival and 20% abolished visa requirement for Africans. Currently, apart from a few bilateral and regional zones that permit visa-free travel, most citizens need visas to travel from one IGAD member state to another," she noted.

International Labour Organization (ILO) chief technical advisor, Richard Lavallée, said they were working with IGAD in the realisation of free movement of labour to narrow the gap in the labour market among the member states.

He, however, noted migrant workers still face discrimination, xenophobic attacks, low wages, and lack of social security benefits among others.