'Cannot go back': Malawi floods leave thou...
Next Story

“The booking officer erroneously booked me in on the 9th rather than the 10th, which meant I was expected to travel a day earlier than my colleague, yet we had filled out forms to travel together, on the same day,” he said.

“The booking officer erroneously booked me in on the 9th rather than the 10th, which meant I was expected to travel a day earlier than my colleague, yet we had filled out forms to travel together, on the same day,” he said.

By John Masaba and Barbara Namboozo

As dust settles on the gruesome air transport disaster that claimed 157 people, including a Ugandan police officer, Christine Alalo; another Ugandan is counting his luck for sneaking out of the jaws of death on the Ethiopian Airways accident last Sunday.

The Nairobi, Kenya-bound plane ET302 went down within minutes of taking off from Addis Ababa, killing all passengers on board.

The passengers were from 35 countries, with the greatest share (32) coming from Kenya while the United Nations was also hard hit, losing 19 of its staff.

Andrew Malinga, who works with German Development Aid organization (GIZ) and spoke to New Vision from Addis Ababa, was travelling with a colleague, Marrie Phillips, to Nairobi from Ethiopia for work. 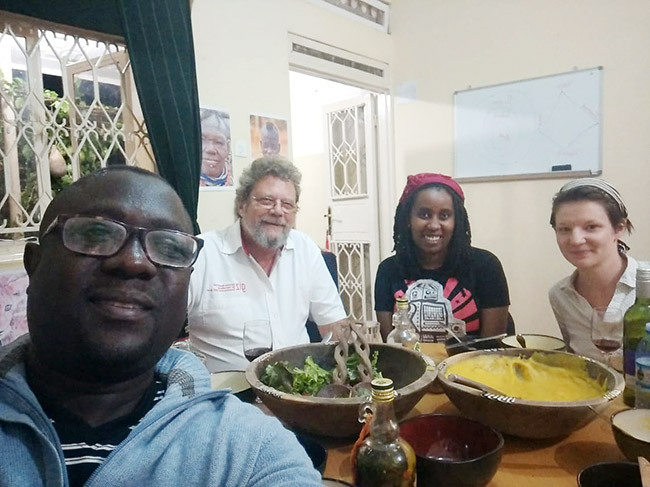 But in a twist of fate, Philips died in the accident and Malinga, the Ethiopia based Ugandan conflict analyst, survived to tell his story.

"We were scheduled for a meeting on the 11th-12th in Lodwar in Turkana County, Kenya. That meant our travel schedule would be through Nairobi Jomo Kenyatta International Airport on March 10th. Then we would connect to Lodwar to be ready for the meeting on the 11th," he said.

"So the plan was to travel early and arrive in Nairobi by 12:00pm on Sunday. That meant we had to board the morning flight from Addis Ababa - which is where we work and stay — to Nairobi," he explained. 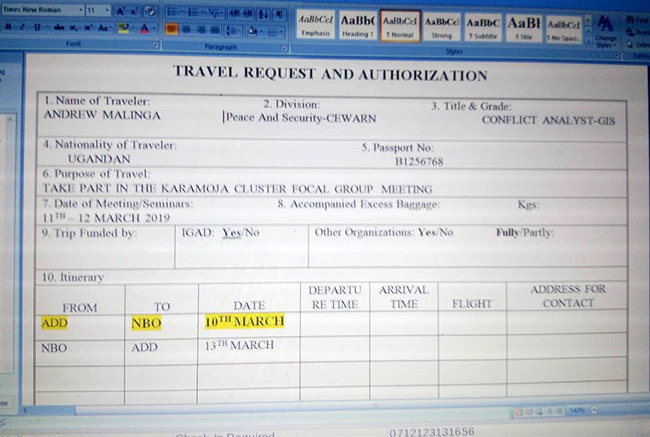 Malinga said they started by filling out travel authorization for the issuance of ticket forms to be booked on the same plane so they could travel together.

What followed is what made the difference between life and death on the ill-fated flight, which ended up claiming the life of his colleague, Philips, a German citizen.

According to Malinga, it was all to do with an unexpected error in booking the airline ticket in Addis Ababa! He said the predetermined itinerary which would have gotten him onto the flight, on the plane ET302, as his colleague, was mysteriously changed to a different departure date by the agent in Addis Ababa.

"The booking officer erroneously booked me in on the 9th rather than the 10th, which meant I was expected to travel a day earlier than my colleague, yet we had filled out forms to travel together, on the same day," he said.

What followed were protests on his part. Malinga was so furious he even reported the matter to the police in Addis Ababa. But with the row threatening to spiral out of control, he says: "Philips talked me out of it and encouraged me to go by the flight schedule."

Malinga reluctantly backed down little did he know he was escaping death!  Indeed, barely hours after he had arrived in Nairobi, he learnt that the plane had crashed.

"I cannot believe she's gone. She was outgoing and liked to hang around friends especially after long meetings. It is so bad," he said.

"I saw footage of the crash scene on Aljazeera; it was ‘so disturbing'. For two days, I failed to sleep." 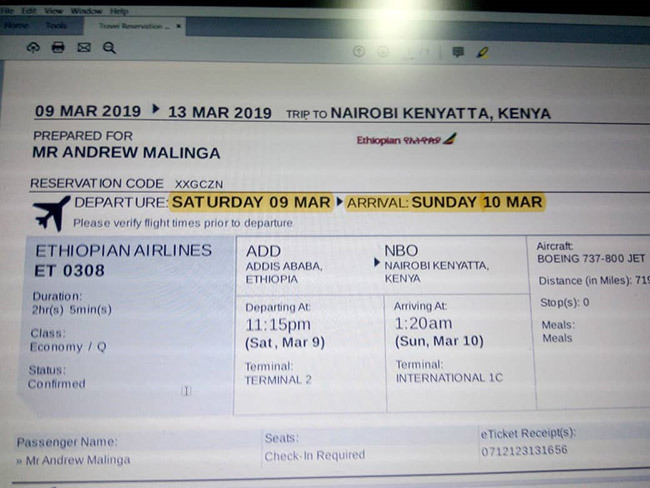 Despite that accident, Malinga feels the airline (Ethiopian Airways) has a good safety record.  "I have been a frequent flyer with them; and earned the gold class under their Sheba Miles Award programme (which entitles him to flight discounts). For the times I have flown with them, they have displayed professionalism and I have always felt safe flying with them," he said.

Following that narrow escape, Malinga said he is now grateful for every day on earth and it's taught him not to take life's gift for granted.

"I would be no more but God spared me. God's grace that has protected me to this point. I now think more about my family, wife and son who still has a long way in life."

Inevitably, the Ethiopian Airways disaster has aggravated the phobia for flying around the world.

"Yesterday, for instance, we had the flight that I was cancelled then we were put on a later flight. It was very scary and any slight bump was frightening. However, I have no choice because with the work we do, you have to fly frequently."