If you do not back off when it elevates its head and lets out a chilling hiss, you will very likely get struck.

If you do not back off when it elevates its head and lets out a chilling hiss, you will very likely get struck.

My heart skipped a beat as soon as my eyes landed on one of the most venomous snakes on Earth -  the Gaboon Viper.

This was in the wild side of Entebbe. Short and lethal with a triangular head, this viper species loves slithering on the floors of rainforests and the savanna of sub-Sahara Africa.

Locally known as Salambwa in Luganda, a Gaboon viper is hard to detect. And why is this? Thanks to its skin's print, this reptile can blend with the environment, especially dry forest leaves.

If you do not back off when it elevates its head and lets out a chilling hiss, you will very likely get struck. If you are human, you will have only a few minutes left to live. If you are a smaller animal, say, a rodent, only seconds!

Predation is a natural instinct for Gaboon vipers, and they do fancy a quick and easy meal of rats - which in turn can help a farmer get rid of these squeaky rodents off their farm or garden. 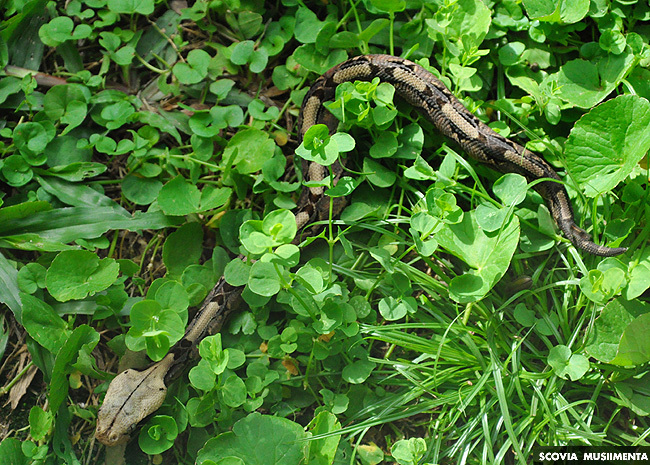 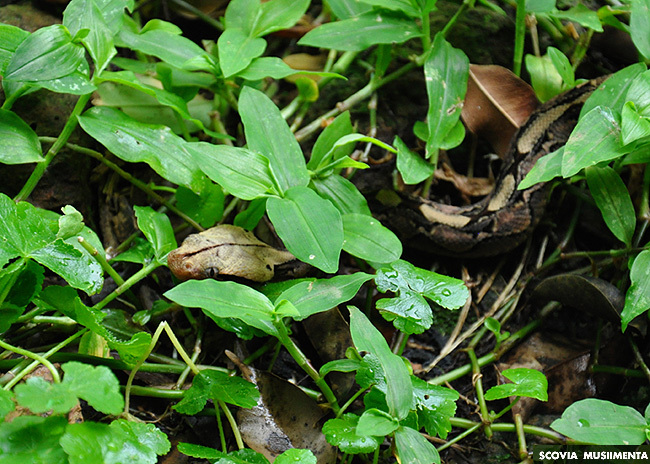 I had been told that one of the four adult vipers at Uganda Wildlife Education Center (UWEC) had given birth to 15. Most of the world's snake species (about 70%) reproduce by laying eggs. But vipers, rattlesnakes, boas, and most of the sea snakes give birth to live young.

The little snakes created a spectacle as they roamed the holding ground, according to Scovia Musimenta, the acting spokesperson at UWEC.

Where is the mother snake? I enquired.

The adult snakes were in a manmade cave, their heads turned to the entrance - a clear sign their guard was up, ready to strike at any form of intrusion. There was a thick display glass separating me from the animal's world so, I knew I was safe. 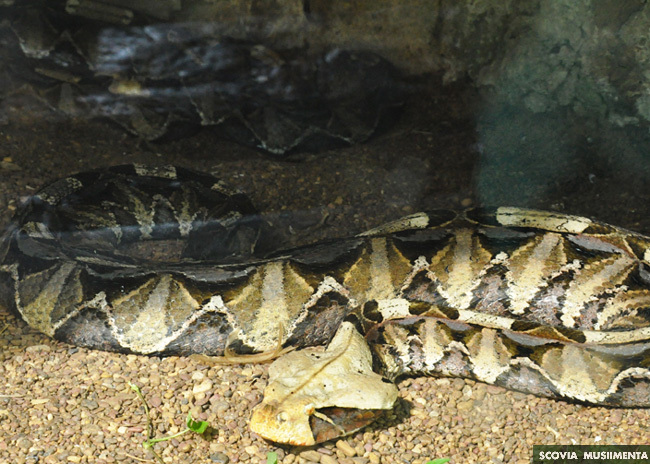 Gaboon vipers use camouflage as a predation technique

Meanwhile, I kept thinking how careless these snakes must be. What with letting your newborns wander about with reckless abandon!

But these little things don't like it under the sun's heat, so they kept clear, hiding under the safety of the rocks.

"If you had come in the morning, you would have seen the babies scattered in the holding ground," says Filius Atuhairwe, the assistant animal keeper, to whom I had been handed over for a tour of this fascinating snake world.

I had confessed to Musimenta that I have a phobia for snakes, but she assured me that with Atuhairwe, I would be in safe hands.

According to Atuhairwe, Gaboon vipers are like human beings in a way because they give birth to live young ones. "The snake babies were in a sac and had to break through a membrane that was holding them together."

He says destruction of forests and wetlands has put vipers under threat. Distress calls are made by people within Kampala and the Greater Kampala reporting intrusion by the snakes.

But the vipers have become homeless after destruction of the environment. 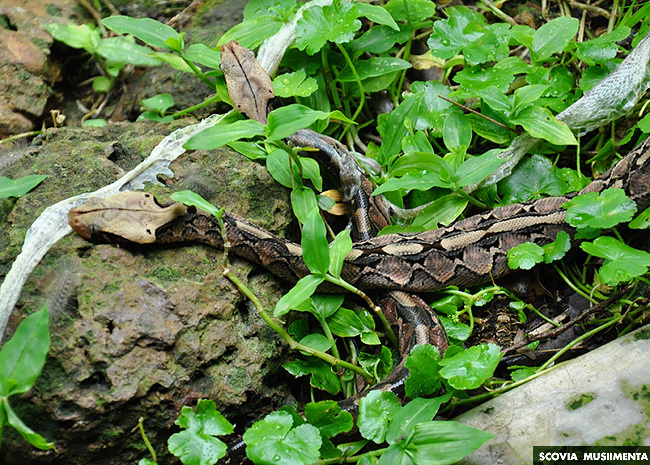