Survival for the fittest at Uganda, Rwanda...
Next Story

Suspects admitted the crime, pleading for pardon. They further said that they would get buyers before they embark on a mission to cut the wires.

One of the suspects carrying the power lines at Mbiriizi police station. Photo by Davis Buyondo

Suspects admitted the crime, pleading for pardon. They further said that they would get buyers before they embark on a mission to cut the wires.

The suspects are believed to be members of a racket operating in Lwengo, Lyantonde, Masaka and other districts in the greater Masaka region.

Detectives have been trailing the group for several months until they ran out of luck.

The suspects in custody include Geoffrey Ssemuwaya, Vincent Kayondo, Immaculate Natukunda, Benon Kamugisha, David Byansi, Ronald Lubega, Dickson Nankunda and another, all residents of Lyantonde, plus Abu-Bakar Mutebi and Shakibu Mbabali of Lwengo.

Some were caught red-handed cutting the power lines on Saturday and others on subsequent days. The most affected villages include Kyalutwaka and Malongo sub-county. 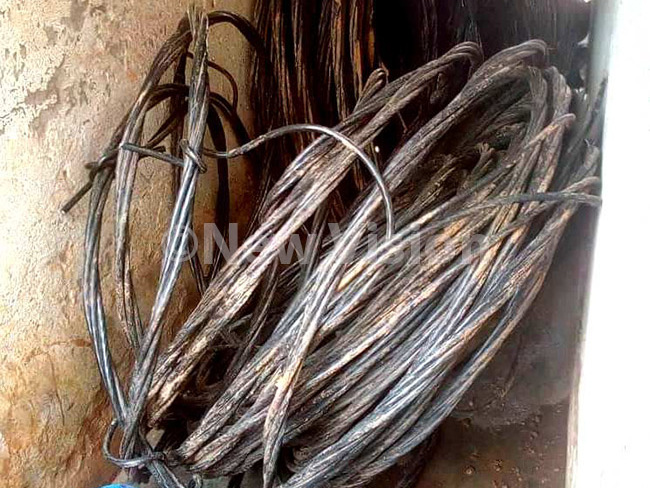 Some of the wires that were impounded. Photo by Davis Buyondo

S.P Felix Muguzi, the District Police Commander (DPC), confirmed the arrest saying that it is a big racket that includes different categories.

He further alleged that there is a group that does the scouting of target areas, another that cuts the wires, another one sells and buys the stolen wires and another that melts them.

"There are more suspects still at large but through our intelligence network we shall bust them. We charged them for vandalising government property and theft," he said.

Muguzi also revealed that the suspects were traveling in a Toyota Wish registration number UAZ 161Q and police managed to intercept it. 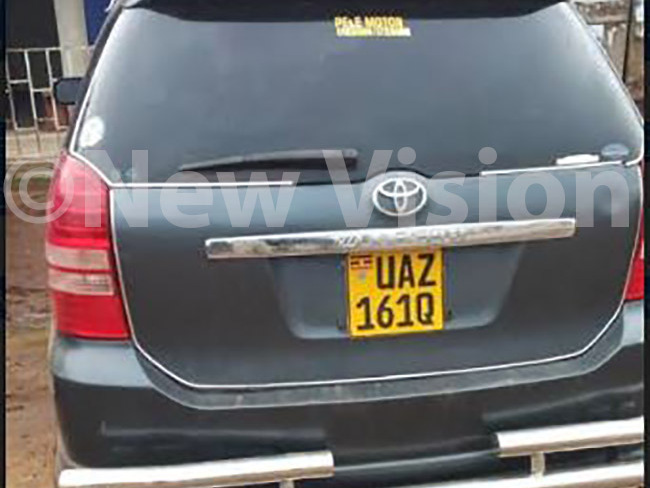 Installation of electric poles with transmission lines in Lwengo district kicked off last year, however, delayed connection has created room for vandalism.

He further noted that thieves usually impersonate UMEME officials making it hard for residents to report to the concerned authorities.

Barbra Kasanda, the UMEME-Regional Manager, told New Vision that vandalism of transformers and power lines have hindered power supply in the region.

She explained that customers in areas where the lines have been vandalised cannot have effective services yet it costs UMEME so much to replace them.

The suspects admitted the crime, pleading for pardon. They further said that they would get buyers before they embark on a mission to cut the wires.

In the first two and a half months of 2019 alone, UMEME has lost sh150m as a result of stolen transformers and other accessories.

In an effort to combat the vice, Kasanda said they have engaged different communities to support them through reporting suspicious characters.

"We are also partnering with police to bring the culprits to book," she said.

Rwandan women married off for money