Survival for the fittest at Uganda, Rwanda conflict

People have started lifting items across the border between Uganda and Rwanda, which are supposed to be transported by trucks.

Ugandans carrying a machine across the border to Rwanda on March 14,2019. Photos by Eddie Ssejjoba

People have started lifting items across the border between Uganda and Rwanda, which are supposed to be transported by trucks.

Following the famous English expression, ‘When the going gets tough, the tough get going', some Ugandans at the Mirama Hills One-Stop Border Post (OSBP) have devised means of survival.

They have started lifting items across the border between Uganda and Rwanda, which are supposed to be transported by trucks.

Rwanda recently restricted Ugandan vehicles especially cargo trucks carrying Ugandan made goods, and slammed tough conditions on many that insisted and crossed over to their side, making life hard for many traders who have been plying the border for business.

On Thursday, a Rwandan trader hired a truck from Ntungamo to Kagitumba on the Rwandan side of the border but the Ugandan driver declined to deliver the items, which included an air conditioner and another machine, fearing for what would occur to him if he crossed. 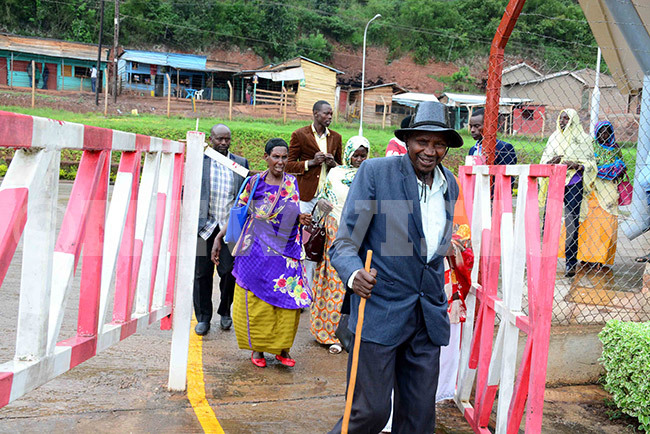 A group from Isingiro leaving Uganda to Rwanda for burial

A group of men at the Ugandan border of Mirama Hills, engaged a clearing agent who negotiated with the Rwanda security authorities and accepted him to move the items by hand.

The men lifted the machines, about 400meters from the Ugandan side to Rwanda, which has been ideally the work of special hire transporters.

Many Ugandan hire drivers interviewed at the border stated that they stopped crossing the border after the Rwandan security personnel started restricting them, demanding for too many documents for clearance. 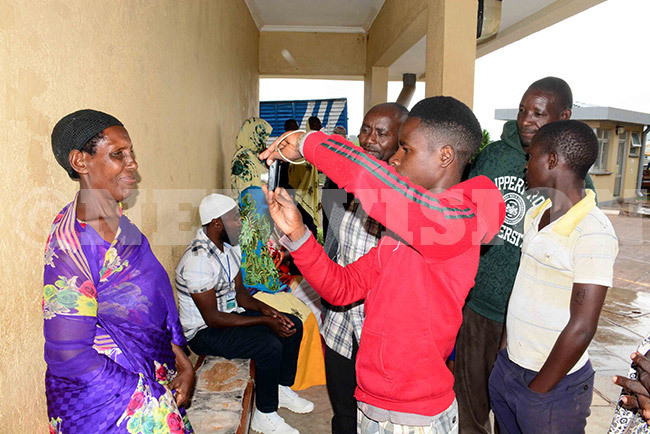 "I stopped crossing over to Rwanda; we don't understand the motive of those men querying everything from Uganda. Since they too stopped their people coming here, we have also stopped going to their side," a Ugandan driver stated.

He said he has been transporting passengers using his car, but with a logbook not registered in his name yet.

"We have been taking passengers from Uganda across to Rwanda without any problem, but things have changed," he stated.

The security personnel demand that trucks carrying Ugandan goods offload and load them at their own expense. 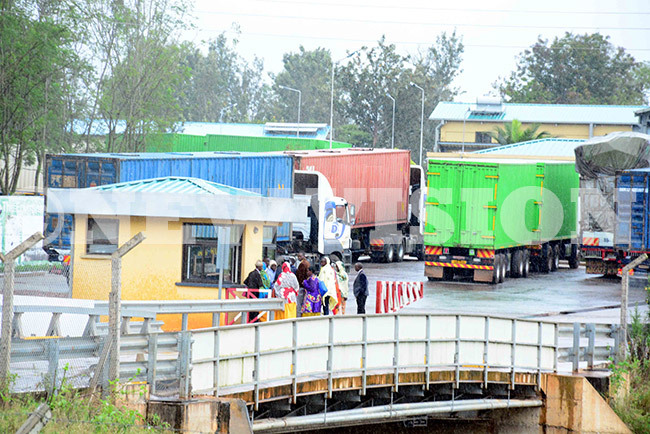 Ali Kakande, the team leader at the Mirama Hills customs stated that on Wednesday, they registered only two Rwandan cargo trucks which crossed over to Rwanda.

He said seven Ugandan trucks plied the border out of a total of 61 trucks for the entire day.

He said majority of the trucks were Kenyan and a few from Burundi. However, four Rwandan fuel tankers belonging to Mt. Meru Transporters moving from the port of Dar es Salaam entered Mirama Hills on Thursday from the Rusumu border with Tanzania.

They were in transit to Kivu in the DR Congo through Ntungamo, Ishaka-Bushenyi to Mpondwe border, which the drivers said was shorter than going through Rwanda.

Meanwhile, a group of people from Isingiro district, unaware of the new conditions at the border, spent some time at the border as they tried to acquire the necessary documentation before proceeding for burial in Rwanda. 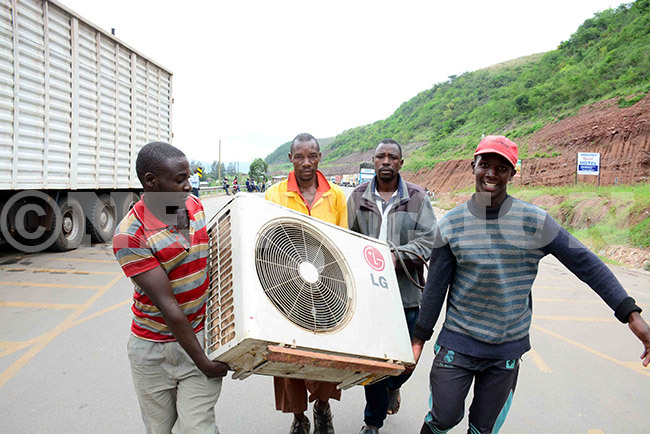 Led by Erick Katureebe, the family members from Zulu LC1 in Bukanga, Isingiro district were going to Nyagatare in Rwanda for burial of a relative.

However, some women without National Identity cards had to pay photographers at the border to have their photos taken in order to get temporally documents.

The women said they had been visiting their relatives with other travel documents but not IDs, which are now a condition for any Ugandan crossing over to Rwanda.

Katureebe said he was not aware that Rwanda had barred its citizens from coming to Uganda, saying they have always exchanged visits without any questioning.

"Most of our relatives live in Rwanda, they have been attending our functions and we do the same, this is new," he stated.