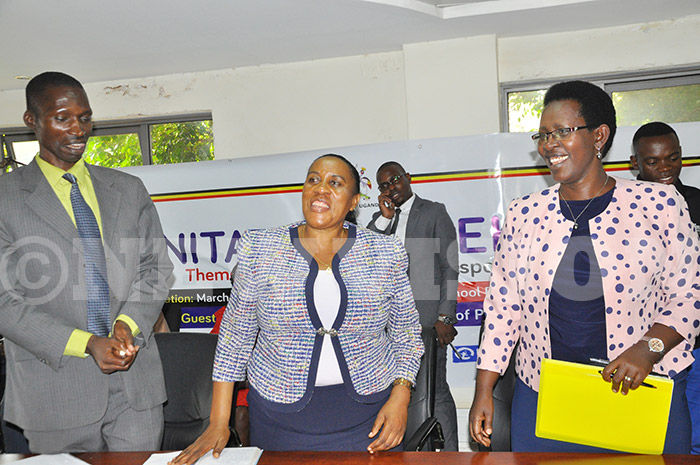 KAMPALA - The Ministry of Health (MOH) has announced intensified sanitation and hygiene activities in 11 cholera prone districts as the rainy season sets in.

Dr. Godfrey Bwire, the principal medical officer in charge of controlling diarrheal diseases in the ministry said, "Those are the districts where cholera starts before spreading to other districts."

"On top of intensifying activities of sanitation and hygiene, we also plan to add there oral cholera vaccine," he said.

According MOH, latrine coverage has improved to 79% from 49% in 1997 with 33 million Ugandans accessing latrines. However, 10% of Ugandans are still living in open defecation free environment.

The World Bank in 2012 indicated that Uganda loses sh389b every year due to treatment among other burdens related to poor sanitation.

Cholera is an infectious disease that causes severe watery diarrhea, which can lead to dehydration and even death if untreated. It is caused by eating food or drinking water contaminated with a bacterium called Vibrio cholerae.

Any outbreak of cholera, according to the Ministry of Health, costs government billions of shillings to contain. Kampala is the most recent hit.

The ministry launched the national plan for cholera prevention in 2017 up to 2022 and it is intended at reducing Cholera cases by 50% by 2022.

Uganda is also among the countries which have been selected by the World Health Organisation (WHO) to eliminate Cholera by 2030. The target is guided by the 2030 sustainable development goals (SDGs) agenda.

"As we move forward in line with government vision to attain middle income status, Ugandans should not be suffering from diseases of poor sanitation," he said.

Bwire disclosed that over 1.8 million people in those districts will be vaccinated in a three phased arrangement.

A total of over 2000 people were suspected to be suffering from cholera in the district and 44 cases were confirmed.

The next phase scheduled for next month, Bwire said will target the districts of Buliisa, Pakwach, Zombo and Nebbi. Another phase will focus on Kasese, Ntoroko, Moyo, Busia and Arua.

According to Bwire, over 3.6 million doses have been planned for the two phases of immunisation in all the 11 districts and the exercise is expected to cost over sh600m.

While launching the national sanitation week 2019 to run under the theme, "Good sanitation-My responsibility," on Monday, Dr. Diana Atwine, the Permanent Secretary in the Ministry of Health, called on Ugandans to help in creating  a clean and healthy environment through self-discipline in the disposal of waste in homes, communities and workplaces.

"If we all played our roles we are likely to reduce the disease burden in this country. Local governments should enforce cleanliness and meaningful sanitation in their respective districts," Atwine said.