“I am instructing my staff, the good thing all of them in the region are here; we no longer want prisoners to stay on remand for long, claiming that prosecution is still carrying out investigations..."

“I am instructing my staff, the good thing all of them in the region are here; we no longer want prisoners to stay on remand for long, claiming that prosecution is still carrying out investigations..."

CRIME|JUSTICE
MBARARA - The Director of Public Prosecution (DPP) Mike Chibita and the Principle Judge Yorokam Bamwine have advised prosecutors and investigators to ensure that the case backlog is reduced to decongest prisons. They attributed the problem to sluggishness in carrying out investigations.
Bamwine and Chibita made the remarks while flagging off the hands-on training on case preparations at Mbarara main prison on Monday.
The function attracted actors from the criminal justice system and students from Pepperdine University, Yale University and Uganda Christian University.
Chibita, who is the focal person for plea-bargaining started by appreciating the process of plea-bargain saying it is delivering results, urging Ugandans to embrace it. 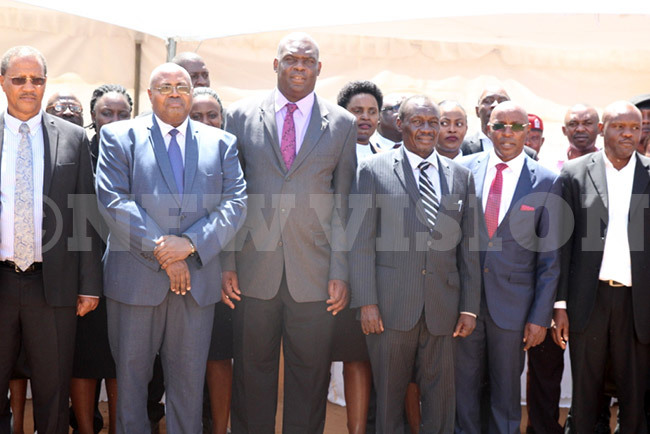 Chibita, Bamwine, and other judicial officers pose for a group picture

He, however, instructed his staff and other investigators to ensure that they expedite investigations in a bid to reduce congestion and backlog of cases in courts of law.

"I am instructing my staff, the good thing all of them in the region are here; we no longer want prisoners to stay on remand for long, claiming that prosecution is still carrying out investigations. Please state attorneys, this should be doable and we reduce on the case backlog," said Chibita.
On congestion, it was revealed that by press time, the total inmates at Mbarara main prison were 1820 of which 856 are on remand committals and 655 are convicts.  181 are on remand for petty cases and two debtors.
Last year in October, when the team visited the same prison, it was discovered that the total number of inmates was 1681. This means that the numbers have continued to rise rapidly.  It was noted that initially, Mbarara main prison was meant to accommodate only 301 inmates.
Bamwine noted that the Plea-bargain process has registered tremendous results in an attempt to reduce congestion in prisons. 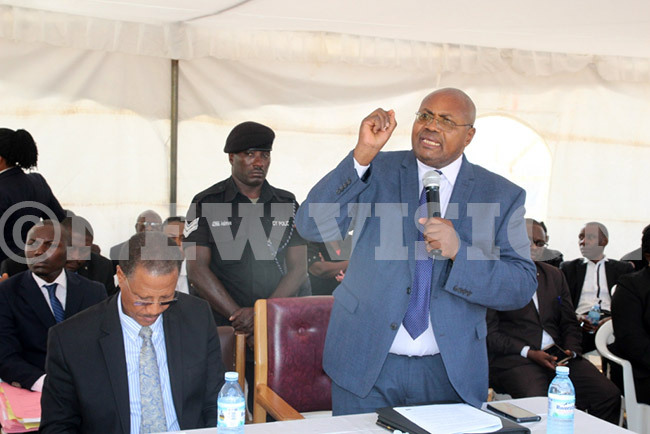 Bamwine speaking during the function

"Many cases have been plea-bargained; we no longer get public complaints, which is very good because the accused and the victims are involved in the sentencing process," Bamwine noted.

He, however, asked inmates not to expect leniency because they pleaded guilty and have not wasted the court's time.
He also said that plea-bargain is for those who are remorseful and those who feel are innocent should not enroll in the programme.
He further warned defense counsels who collude with accused persons to compromise justice. "It's only the judge who will ensure that justice is done because he will not allow a traversed justice to be imposed and at that stage, the accused person has a right to opt out, we don't besiege them on plea-bargain," Bamwine said.