The new chief executive officer of the Uganda Tourism Board (UTB), Lilly Ajarova, on Monday handed over office at the Chimpanzee Trust.

Ajarova handed over to Dr Joshua Rukundo who takes over as executive director in acting capacity until a substantive head is found.

Tourism minister Ephraim Kamuntu appointed Ajarova as the CEO of UTB at the end of last year. She consequently had to resign from the Chimpanzee Trust to take up the topmost post at UTB. At the same time, the board of Trustees at UTB had to find a replacement for Ajarova.

After 14 years of service at the Chimpanzee Trust that looks after 49 orphaned chimps at Ngamba in Lake Victoria, Ajarova threw in the towel in order to take up the topmost post at UTB.

"We are so happy for you towards your new achievement and also wish you well as you take on that journey," said Edgar Buhanga, the chairperson board of trustees at Chimpanzee Trust.

He was speaking during the ceremony organised for Ajarova to hand over to Rukundo at the Chimpanzee Trust offices in Entebbe town. Ajarova handed over what Buhanga described as the instruments of power to Rukundo who was working as the program manager at Chimpanzee Trust. 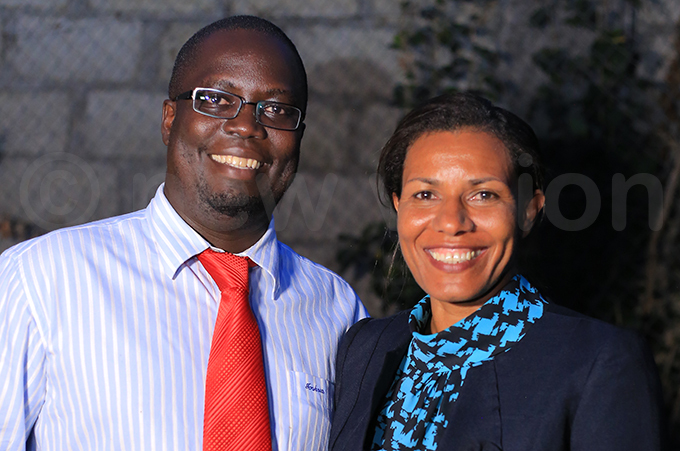 Ajarova and her successor Dr Rukundo. Photo by Julius Luwemba

Buhanga who is the director of planning of Uganda Wildlife Authority (UWA) encouraged Rukundo to apply for the post of executive director at Chimpanzee Trust.

He said that they were going to miss Ajarova dearly and her work at Chimpanzee Trust. She has also been designated as a special board member of Chimpanzee Trust so she is "gone but not gone." She will still have access to all the privileges of the organisation.

"My journey has been exciting, very rewarding. I thank the staff, board members and donors," said Ajarova. "I cannot say it all in words. The chimpanzees will remain in my heart and being on the board of trustees as a special member makes me feel like I am not going away."

Rukundo said that he was glad to take over Ajarova's role even though in acting capacity as executive director.

"I will give the chimpanzees my best with all the values I have learnt from Lilly," said Rukundo.

Like Ajarova, Rukundo is passionate about chimps and has worked with Chimpanzee Trust since 2010 and has been the program director.

At the same ceremony, Ajarova handed over an award to David Kasumba for his outstanding service at Ngamba Island.

This is part of the commemoration of 20 years of chimp conservation and welfare at the island in Lake Victoria.

SCOUL has circulated lies about Mabira!