Family abandons sick girl in hospital in L...
Next Story

Ritah remained composed as she pointed at her father during her testimony inside the courtroom.

Ritah remained composed as she pointed at her father during her testimony inside the courtroom.

Last year, Government launched its first ever national Violence Against Children (VAC) survey to study the prevalence, nature and consequences of physical, emotional and sexual violence against children in Uganda.

One revelation has been that children are no longer safe in school and at home - some even in the company of their own relatives.

The study found that three in four children have already experienced some form of violence during childhood. Also, at least one in three youths have endured at least two forms of sexual, physical or emotional violence during their childhood.

All stakeholders were urged to come together and build a society that is free of violence and safe for all children in Uganda.

One child that has faced violence is Ritah (not real name), who was defiled by her biological father from the age of six all the way until she turned nine. She is now 14.

A court hearing on April 4, 2018 at Mukono High Court in an aggravated defilement case. Government versus Tom Mulinde, a resident of Katungulu village in Buikwe District. 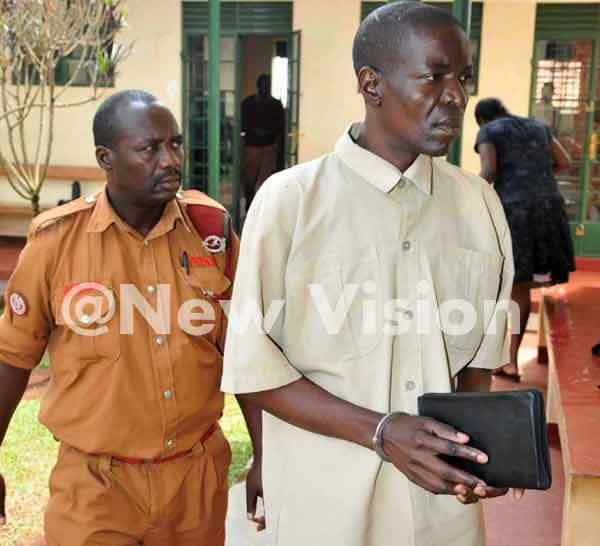 Ritah, smartly dressed in her school uniform, had already met State Attorney Timothy Amerit, who had helped her calm her nerves through counseling. She was now a witness against her biological father, Mulinde, in this case.

During counselling, the teenage girl said she had finally healed from the trauma and would not mind if her father was released after the five years he had spent on remand. However, a few minutes later, she changed her mind, explaining she feared that once the father was out before she turned 18, he could demand for her custody from the home which took her in.

As such, she suggested she would feel safe if he stayed in prison for at least 30 years to allow her grow up in peace and be able to fight for her rights by the time he comes out.

Once inside the courtroom, Ritah narrated the trauma her father inflicted on her when he started defiling her from Primary Two up to Primary Four, when she decided to report to Police.

Ritah remained composed as she pointed at her father during her testimony. 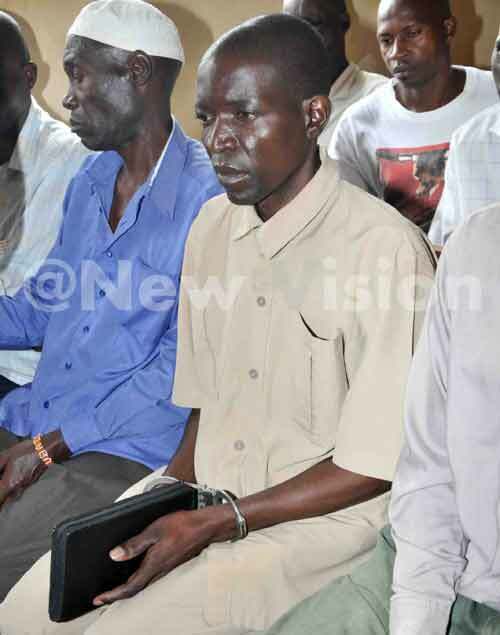 Relatives who had come to see him in court, including Ritah's step-mother, all looked stunned on seeing her after so many years. In fact none of them knew her whereabouts ever since a good Samaritan came to her rescue five years ago.

They were more surprised to see her in a uniform and to learn that she was in school and living a decent life. In the meantime, Mulinde who was asked to give his defence, appeared panicked by seeing his daughter testifying against him.

He asked for more time to compose himself, a request court granted him and had the session adjourned for two hours. However, Mulinde still failed to make a statement once court had resumed. He asked one more day.

Members from his church had all turned up to see Mulinde, who was holding a Bible, in court. On August 3 last year, when Mulinde reappeared at the same Mukono High Court, Judge Margaret Mutonyi convicted and sentenced him to life imprisonment over defilement of his daughter (from 2011 until 2013).

He first pleaded not guilty. Towards the end of the court process, he pleaded guilty and asked for a lenient sentence, claiming he had changed and had turned to preaching the word of God to fellow prisoners.

While delivering her sentence, Mutonyi decried the rampant defilement cases countrywide. She expressed her disappointment over men like Mulinde who instead of protecting their own daughters decide to traumatize them. She told him he was free to appeal both the conviction and the sentence in not less than 14 days.

As Ritah left the courtroom, she said her father deserved his sentence.

When Saturday Vision met her in 2013 at Lugazi Police Station, the reporter was fascinated by how brave and determined she was. She had decided enough was enough! 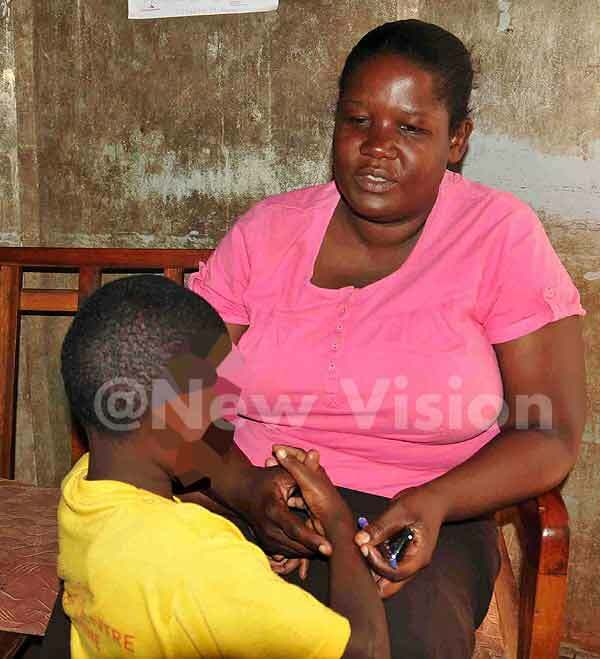 Young as she was at the time, Ritah vividly remembered the first time her father started defiling her. The family stayed at Katungulu village in Buikwe district, where the father, a farm produce dealer, had a wife (step-mother to Ritah) with four children. Unfortunately, Ritah did not know her biological mother by then since her father had not married her.

It emerged later that Ritah's mother was a teenage schoolgirl who had reportedly been defiled by Mulinde, eventually forcing her to drop out of school due to pregnancy. It also emerged that after giving birth to her, Ritah's mother was instructed by her family to give the child to its father after turning one year old.

When Saturday Vision visited Mulinde in the Police cells at the time following his arrest, he said he was a Born-again Christian and believed Satan had played tricks on him, tempting him to do such an act - which he maintained he regretted.

One time, Ritah asked her father during his sinister act whether that was not one of the bad actions their pastor had always taught against at their Church. Mulinde's response was that God always listens to sinners and he will forgive them but warned her never to tell another person about "our secret".

He threatened to take her to Police if she ever uttered a word to anyone. Instead, the little girl was the first to report to Police, thanks to a programme on Bukedde TV's popular news segment Agataliiko Nfuufu.

Ritah watched a story about a girl who had been defiled by her father. At the end of the news story, a Police officer appealed to the public to always report such cases at Police in order to save the rights of young victims. The following day after school, she just walked straight to Lugazi Police Station and reported to Police. Officer Harriet Hamega, who is in charge of criminal investigations, recorded her statement and the law took its course.

Emilian Kayima (Senior Police Officer):
Why do we have violence in our homes where we should expect hugs and love? One wonders why parents torture their own children. We urgently need to address these issues now or else they will haunt us in the future.  Let's look deep into our hearts and homes, making a conscious decision and paying the price to be our children's role models.

Victoria Nalongo Namusisi (Director for Bright Kids Uganda):
It's inhumane and unthought of for a man to defile his own child or any other child.
I believe no normal man would do that unless he is possessed by demons. Can you imagine that this one even had a wife in the house? As a woman, I would not take anything for granted anymore because probably some could even do it under the influence of alcohol, where their levels of consciousness are lowered.
Parents should stay in constant verbal conversation with their daughters and build confidence in them to enable them share whatever happens to them. Be strict yet friendly enough to leave plenty of room for them to be able to share their challenges and success stories.