KCCA FC re-establish a three-point gap at the top of the Uganda Premier League table after a six-goal thriller against SC Villa at Lugogo.

Action between KCCA and Villa at Lugogo on Saturday. (Credit: Mpalanyi Ssentongo)

KCCA FC re-establish a three-point gap at the top of the Uganda Premier League table after a six-goal thriller against SC Villa at Lugogo.

KAMPALA - KCCA FC re-established a three-point gap at the summit of the Premier League table in scintillating style as they outmuscled SC Villa in a six-goal thriller at Lugogo.

It took Mike Mutebi's side 42 minutes to find the opener through namesake Mike Mutyaba, who delivered a composed finish to calm home nerves and guarantee the hosts a half-time lead.

Mustafa Kizza improved KCCA's fortunes five minutes into the second half, before Allan Kyambadde heaped more misery on Villa with a 58th-minute strike assisted by Allan Okello. The teenage sensation then turned from provider to scorer three minutes later when he slotted home from the spot after being brought down inside the area.

But the visitors were not going down without a fight.

Charles Lwanga pulled one back 24 minutes from time, before teammate Ambrose Kirya reduced the deficit even more in the 82nd minute for Villa's second. KCCA needed to place a stopper on their goalmouth to snuff out any further chances for the Jogoo.

They did exactly and in the end, after three minutes of added time, it was a vital three points in the bag for the table toppers.

KCCA came into Saturday's game joint-top with holders Vipers SC after the Venoms beat Express FC 2-0 on Friday at St. Mary's Stadium, Kitende. And with only a handful of games left to the conclusion of the season, the Kasasiro Boys knew any result short of a win would stifle their title hopes.

It was a perfect - and convincing - response against Villa, whom they beat 3-2 in the first half of the campaign in November. The tie also once again registered as a high-scoring fixture, with 11 goals now scored over the two encounters.

With maximum points secured, KCCA will be on the road to face Tooro United FC on Wednesday, with eight games remaining. Villa, who are in 11th place, will be at home against Kirinya-Jinja SSS FC the same day.


Other games on Saturday

Meanwhile, in the other four games on the day, all the home sides secured a win - and interestingly, by half-time, the hosts in all the five games were leading 1-0.


SATURDAY'S ACTION AT LUGOGO IN PICTURES 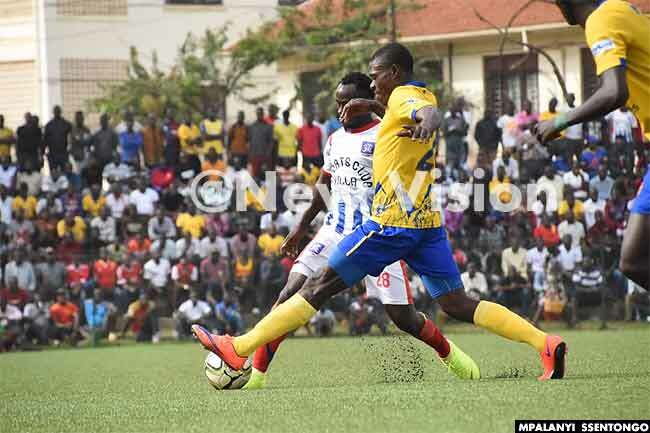 From the word go, the tie was immediately punctuated by two-way traffic, as both sides attempted to shake off early nerves on the StarTimes Stadium Lugogo turf. 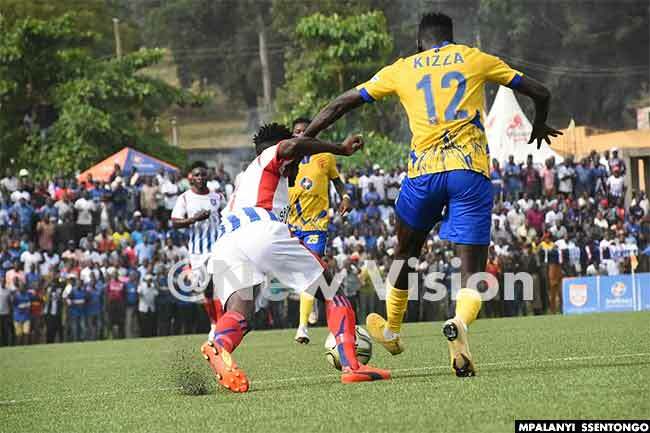 Mustafa Kizza was a busy man in the opening stages of the game. Once, he saw his freekick go wide. 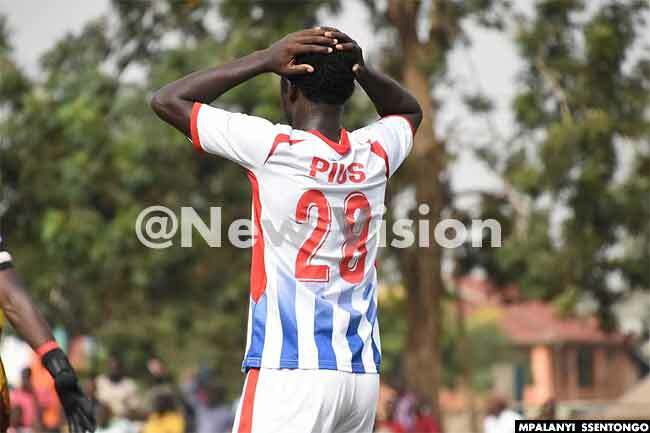 Both sides created - and missed - chances as the first half wore on. 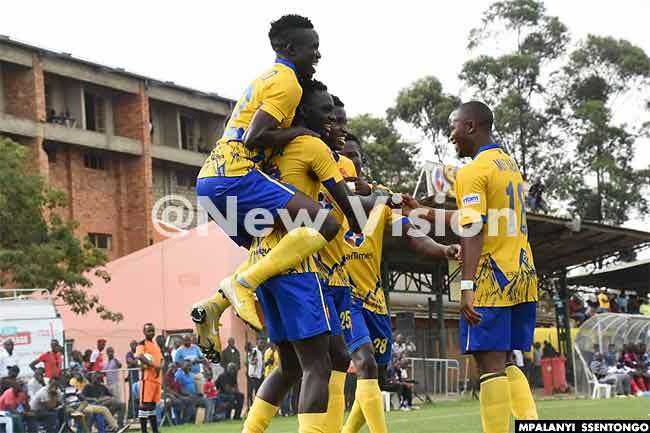 But three minutes before the break, the hosts found the breakthrough, with Mike Mutyaba the man on target. 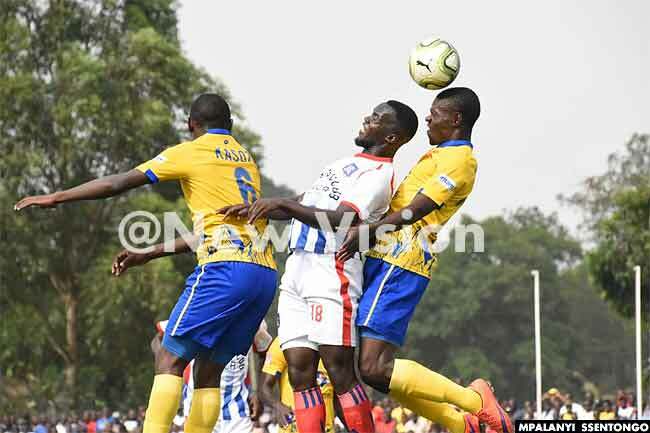 It was a swift return to intense action in the second half, as KCCA enjoyed a slender lead. 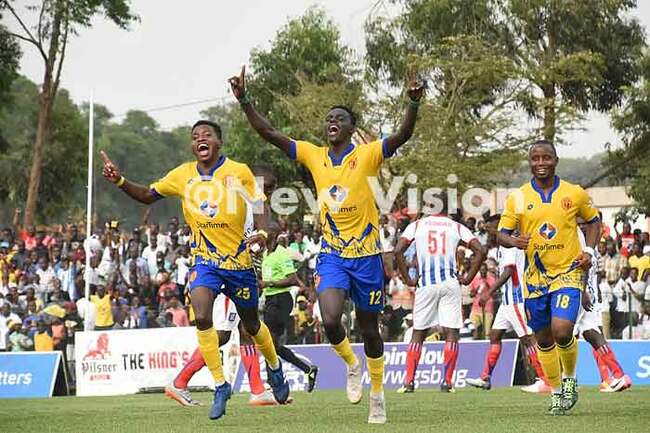 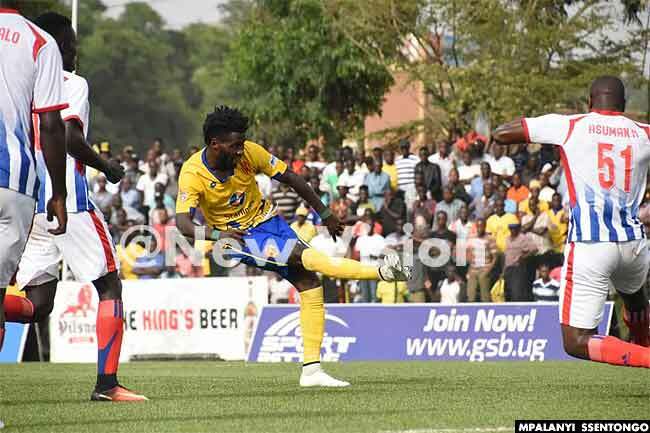 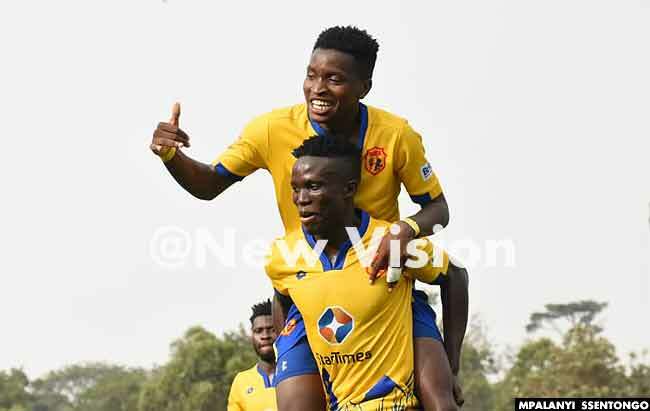 . . . before Allan Okello slotted home the fourth from the penalty spot. Villa found two goals, with the second coming eight minutes from time, but it was not enough to deny Mike Mutebi's side an important victory.