SMEs in Gulu train in digital literacy and...
Next Story

Several people, including pupils, have been killed in marram and stone quarries around Lira in recent years.

Several people, including pupils, have been killed in marram and stone quarries around Lira in recent years.

Lira - After damaging the vehicle of his father, Joshua Ocen, 19, a student of Lira Town College escaped from home fearing punishment from his father.

Sadly, he was escaping into the jaws of death after a marram quarry caved in on him Akia, outside Lira town.

According to witnesses, Ocen was loading a tipper lorry with marram together with two other people when the soil caved in on them burying Ocen completely. His colleagues were partly covered but were rescued alive.

Sources say that Ocen who has been expecting his Uganda Advanced Certificate of Education (UACE), results which have been released today, had about a week ago damaged the vehicle of his father and escaped from home in fear and started staying with friends at the quarry.

His father, Patrick Ogwang, a UPDF soldier who recently returned from Somalia had bought a tipper lorry and had parked it in the compound when Ocen tried to drive it but ended up knocking it on a tree, thereby fleeing from home in fear.

Lira District Police Commander (DPC) George Obia, confirmed the incident and presumed that it was an accident, which requires no investigation. The DPC urged the youth to take on jobs that are less risky.

Mike Ogwang Olwa, the Mayor of Lira Municipality who visited the scene of the tragic incident at Awiodyek village in Akia Parish, Adekokwok sub-county outside lira town says there are many youths without jobs who go to work at the quarry. "This place where they try to earn a living is very risky," Ogwang says.

He says the local leaders of the area should have stopped work at the place because of the risk involved. 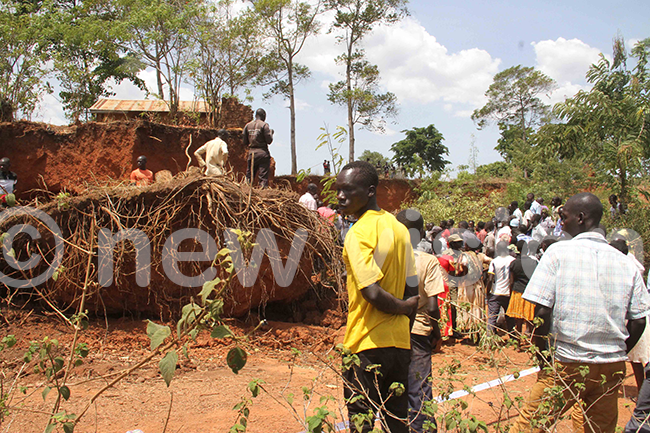 The chairperson LCIII of Adekokwok sub-county Moses Mike Alengo proposed that the quarry should be closed because it has become very risky. Alengo says a decision will be made at the quarry, during a security meeting on Thursday.

He appealed to the youth to start doing work at the Balpe market, so as to earn a living. Several people, including pupils, have been killed in marram and stone quarries around Lira in recent years.

12- year - old Sandra Acan, a primary four pupil of Cura Primary School, a resident of Barobogo village, Ngetta Sub County was in 2015 crushed to death when a rock caved in on her.

Two young women were killed and another seriously injured when soil buried them while working at a stone quarry at Anai Pida, Lira Sub County in 2015.