It is Nakalembe's to lose in Entebbe Ladie...
Next Story

Qualifying for the 2019 Toyota Junior World Cup in Japan is the immediate assignment that awaits Team Uganda as they prepare to represent the country.

Qualifying for the 2019 Toyota Junior World Cup in Japan is the immediate assignment that awaits Team Uganda as they prepare to represent the country.

National Junior Golf team Captain Joel Basalaine has promised better returns when the team competes in the All-Africa Junior Golf Challenge in Botswana, March 11-16.
Qualifying for the 2019 Toyota Junior World Cup in Japan is the immediate assignment that awaits Team Uganda as they prepare to represent the country.
Last year, Joel Basalaine, Denis Asaba, David Kamulindwa and Edrine Okong made history when for the first time they finished third in Morocco, in the annual under-18 tournament.
Today, the team of six currently in camp in Entebbe together with their coach and officials from the Uganda Golf Union (UGU) received sponsorship to the event worth $3750 (sh13.8m) from Gems Cambridge International School.
"We are preparing well and currently conditioning our bodies with physical exercises in addition to playing 36 holes daily. So we promise to play very well and make Uganda proud," Basalaine said before the team received a cheque for five air tickets to Botswana.
Gems Enrollment and Marketing Manager Brenda Mutesi and Acting Head of School Nigel Barrett presented the cheque to UGU president Innocent Kihika. Gems will also dress the team.
Mutesi said their association with the UGU started last year during the Uganda Open and that they were proud to be associated with them. 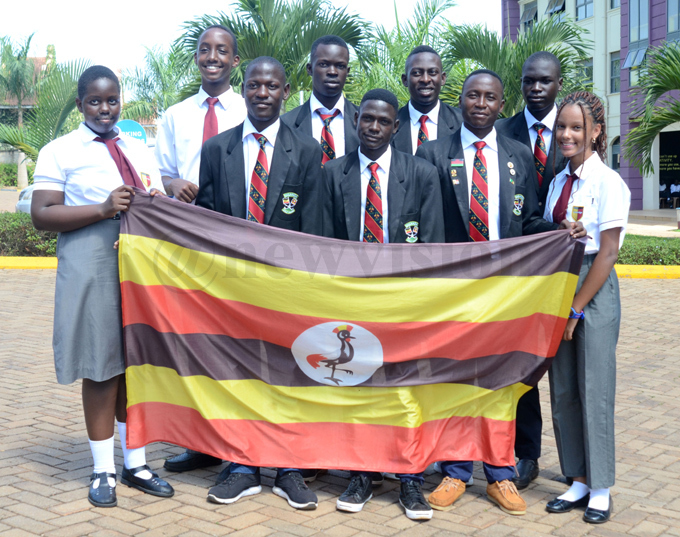 "We believe the national team will be an inspiration to our students and inspire them to take on the game. We also believe education should not stop in class but also build on talent. We hope to participate in the inter-school golf competitions and also benefit from clinics offered to our students by the national team players," Mutesi stated.
Before receiving the sponsorship, UGU president Innocent Kihika said Uganda was hoping to stop South Africa's 19 years dominance and qualify for the Japan event.
"The sponsorship is in line with the union's policy of golf and education where juniors are encouraged to stay in school while they develop the game of golf for a chance to land scholarships," Kihika said.
"With this sponsorship, we are happy to see that our junior players can inspire those in school and can also be inspired to achieve greater heights by playing sports and staying in school," Kihika noted.
The team in camp includes Joel Basalaine and Denis Asaba, Michael Alunga, Ibrahim Aliga, Godfrey Nsubuga, and Joseph Kanonera. The team will be treamed to four players and the coach who will make the trip on March 8.

Bid invitation from Bank of Uganda