Ssenyonga said the government has put in place whatever it takes for children to attain good education in UPE schools ranging from good teachers, classrooms and staff quarters in most of the schools, but, parents have failed to play their role hence failing the program.

"Before the term began, we recruited 51 teachers but we received 700 applications and more. That means the panel scrutinised and got the best teachers out of the applicants who were posted in various schools," he said.

He, however, said that parents who send their children to schools without food and scholastic materials and expect the good teachers to teach them on empty stomachs are the ones to blame for the failure of UPE because their children will automatically fail.

"Unfortunately, after children failing, their parents always shift the blame to the government which is wrong. I am always bothered seeing private schools having more candidates passing yet some even lack qualified teachers and enough infrastructure," he said.

Ssenyonga made the remarks on Sunday while addressing the congregation at the graduation party for Duncan Kato who graduated at Muteesa 1 University with a Bachelor's Degree in Public Administration. The function was held at Nkooki village in Nama sub-county. 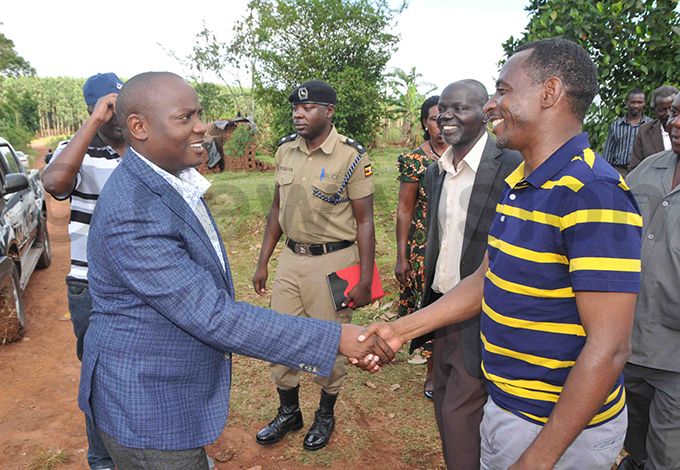 He said although Mukono is among the districts with good schools which fetch parents from as far as the northern, western and eastern regions, as well as from foreign countries, native parents do not take that as an advantage.

He advised residents to stop selling their land; saying that following the ongoing developments which have left the whole of the district taken up in the Kampala Metropolitan area, the land is going to triple in its value.

Ssenyonga said the district is getting more industries and apart from giving the residents employment, they will need food to feed the workers.

"That food will only be provided by you. Imagine selling an acre of land today at sh20m and after two years the same goes for sh1b," he said.

The state minister for water and the area Member of Parliament, Ronald Kibuule, advised the graduands to stop misusing smartphones and social media by insulting President Yoweri Museveni, his ministers and other people in the government, but, use them as a marketing avenue for their goods and services.

Kibuule said paying over-the-top (OTT) tax of sh200 daily will not hurt if one is using social media to reach his or her customers which boosts daily income.

He commended Museveni for stabilising security of the country which he said has enabled a lot of things to happen in his tenure including more graduands.

"I am only asking the graduands to try other jobs available as you slowly wait for the ones under your line of education. Uganda which has over 40 million people has only 400,000 jobs in the public service which are not enough at all," he said.

He added that farming on a large scale if one has family land is another avenue which will not only employ them but also their other colleagues.

The Kampala Metropolitan East commandant, Micheal Musani, asked the graduands to prepare to join the Uganda Police Force which will be recruiting in a short while.