Police hunting for taxi touts who assaulte...
Next Story

The national celebrations will take place in Arua under the theme: Harmonious Living between Wildlife and People

One of the runners who took part in the run approaches the finish line. Photo by Gerald Tenywa

The national celebrations will take place in Arua under the theme: Harmonious Living between Wildlife and People

It is difficult to encounter big numbers of people turning up for a wildlife cause. But the celebration of the Wildlife Day 2019 was different.

The conservationists and business personalities that thrive on conservation turned up in hundreds at the Uganda Museum in Kamwokya, a suburb of Kampala.

The lawn of the museum turned into a carnival atmosphere. This was probably attributed to the way the event spoke to people in different ways.

While they came to run for the protection of wildlife, there was also a benefit to the health of those who run either 5kms or 10kms. On top of that, there was a compassionate cause for the rangers who have perished in the line of duty.

Parents accompanied by their children also attended aerobics. They were also treated to a barbecue and beverages. 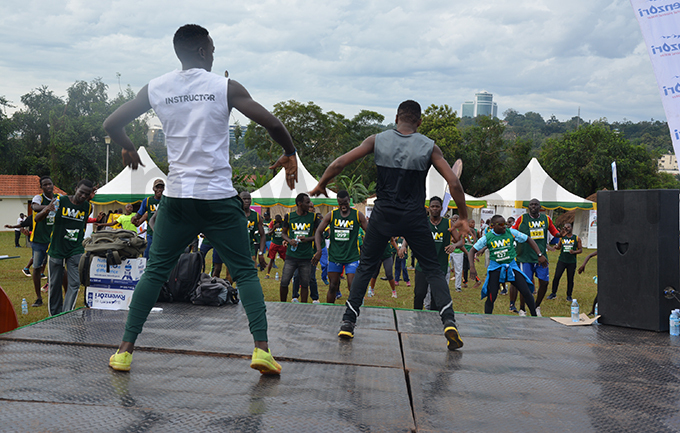 Participants also got to partake in an aerobics session. Photo by Gerald Tenywa

Kabesiime also pointed out that the wildlife marathon was part of the activities being organised to celebrate wildlife and that the climax will take place on March 3rd.

The national celebrations will take place in Arua under the theme: Harmonious Living between Wildlife and People.

She also pointed out that wildlife is part of the ecosystems that are important for the environment that World Animal Protection recently released a report showing the illegal capture and trade in African Grey parrots. 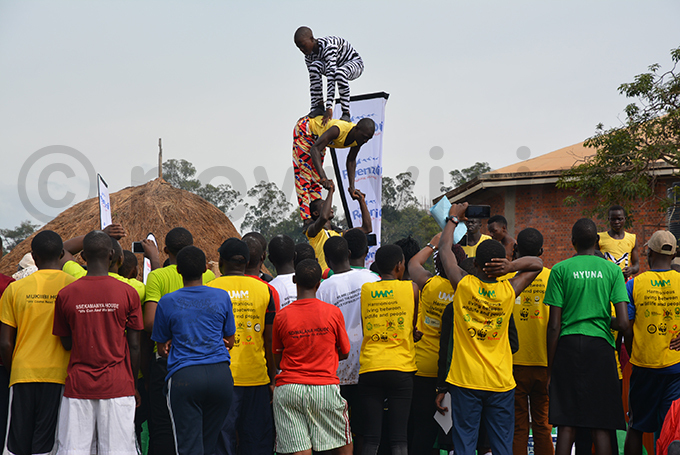 "Wildlife belongs to the wild and should not be mistreated," she said.

The Wildlife week will on Tuesday continue with a Conservation Conference 2019 organised by Nature Uganda in collaboration with the ministry of tourism, wildlife and antiquities.

The World Wildlife day 2019 (theme: ‘Life below water: for people and planet') aligns closely with the Sustainable Development Goal 14 -Life below water, which focuses on marine species. However, since marine environments are not a focus for Uganda, the national organising committee developed a national theme: "Harmonious living between wildlife and people".

Feature: Is your child registered for UNEB?

Sh9b for USE exam fees