Kobs tackle Mongers with one eye on the le...
Next Story

Brian Asaba (at the back) contests for a lineout during the match against Mongers. Photo by Richard Sanya

Kobs skipper Brian Asaba has emphasised the importance of winning as the team seeks to clinch the Nile Special Premier Rugby League title.

"As a team, we ideally are looking to win every match. What we are always aiming for is to milk any win because, at the end of the day, all we fight for is a win," Asaba told New Vision. 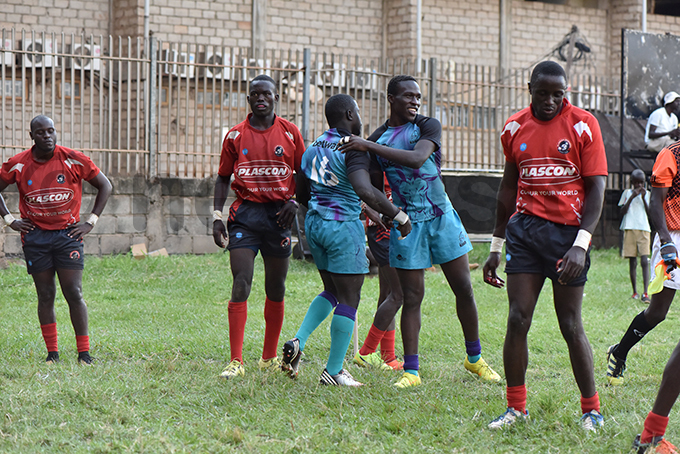 Kobs players celebrate one of the tries scored during the match. Photo by Richard Sanya

For spells in the match against the Mongers the Kobs looked out of it but as they have done for most of this season, they rallied and found a way to win.

"We expected this from the Mongers and we believe that every team presents a new challenge for us. We were not complacent against them but we may have just taken our feet off the pedal," he stated.

There is still work to be done and looking at the upcoming fixtures the Kobs have their work cut out for them.  If they can navigate the next few matches and come out unscathed, then they will sail towards the title literally.

For now, Asaba and his boys choose to take it one game at a time and hopefully at the end of the day, they will reap rewards from this cautionary approach. Heathens skipper Michael Wokorach takes a tumble during their match against Rhinos. Photo by Richard Sanya

Earlier on Saturday fellow title challengers, the Hima Cement Heathens, missed out on an opportunity to collect a bonus points win against the struggling Rhinos after they scored only two tries on the way to a 24-00 victory.