A love letter to River Nile

My sweetheart, you feature one of the most spectacular spots - the Murchison Falls - on your way to Lake Albert.

My sweetheart, you feature one of the most spectacular spots - the Murchison Falls - on your way to Lake Albert.

River Nile. File photo
Dear River Nile, in this month of lovers (February), I am lost for words yet I want to say I love you.
My heart races like the cars cruising on Kampala Road. I cannot run away from you because even the bottled water that I take comes from your bosom. Your water bathes Kampala, Kisumu, Mwanza, Juba, Khartoum, and Cairo.
My sweetheart, you feature one of the most spectacular spots - the Murchison Falls - on your way to Lake Albert. This is where the Nile roars as it plunges into the western arm of the rift valley.
Past Juba, the capital of South Sudan, the Nile splits up forming one of the world's largest wetlands known as the Sudd. In Egypt, the Nile flows past the pyramids also referred to one of the Seven Wonders of the World. As you go to bed with the Mediterranean Sea, you form the Nile Delta.
I have been told that once somebody is very beautiful or precious, she cannot be owned by a single individual. All of us own you, River Nile. I have also accepted the citizen's slogan, "one river, one people." 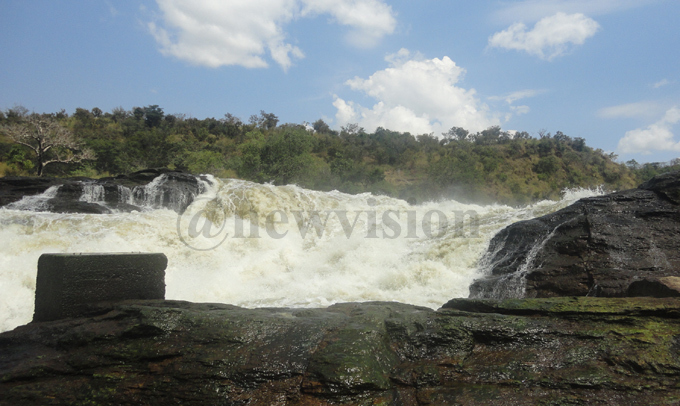 I know that you are an international river estimated at 6,650kms. Your drainage basin covers 11 countries including Uganda, the Pearl of Africa, where I stay. You also feed neighboring Rwanda, Burundi, DR Congo, Tanzania, and Kenya. After your water has collected in Uganda, it then moves to South Sudan, Sudan, and Egypt. Eritrea and Ethiopia have birthed the Blue Nile which meets you (the White Nile) at Khartoum on your way to Egypt.
Nile's birthday
In your honour, countries formed the Nile Basin Initiative (NB1) at Dar es Salaam on February 22, 1999. I know their love for you is not as big as the love of citizens like me. They formed NBI not to love you, but to govern you. That is what governments do. Under NBI, they have policies that guide citizens to use your water without destruction. 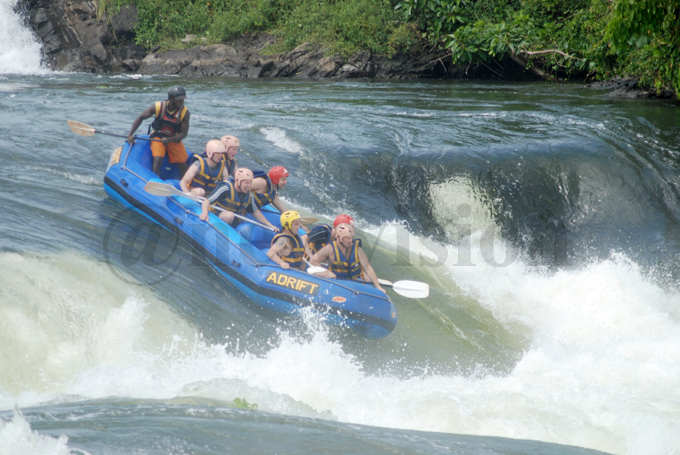 Rafting on the Nile. File photo

The countries have collectively told our brothers in Egypt and Sudan that the citizens in the 11 countries own you. By holding on to you, Egypt is still living in the past. Our Arab brothers, Egypt, say the 1929 treaty signed between them and our colonial masters - the British - gave them veto powers over the Nile. What this means is that all upstream countries have to go on bended knees to Egypt in case they want to use your water. We have to beg them to approve the construction of dams along the Nile.
In another agreement over the Nile in 1959, Egypt and Sudan shared the Nile water, with Egypt taking 55.5 billion cubic meters of the Nile water and Sudan 18.5 billion cubic meters.
This colonial hangover is what water ministers were seeking to overturn in the negotiations that have been taking place under NBI for three decades. They came up with the Co-operative Framework Agreement (CFA) where sovereign countries would be cleared to use your water. This is fair because all citizens in all the 11 countries are not superior or inferior before you. The agreement also protects the interest of upstream and downstream countries such as Sudan and Egypt. 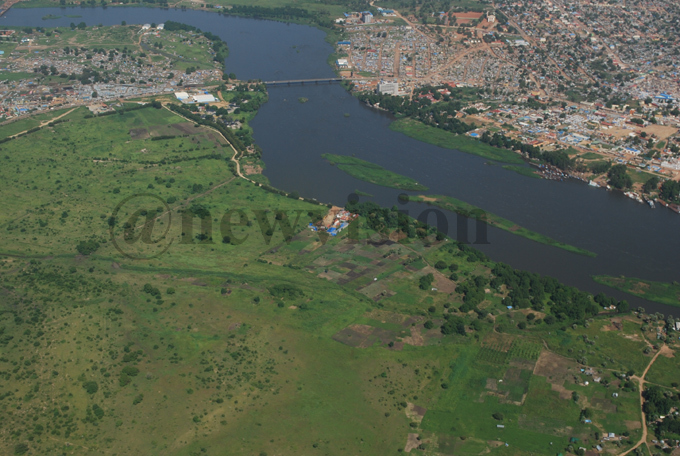 The Nile flowing through Sudan

After Egypt walked out of the NBI, President Yoweri Museveni offered to organize a summit on the Nile waters but never made any breakthrough.
As countries under NBI celebrate the Nile Day (February 22nd) your birthday under the theme; "Putting water at the heart regional transformation," I celebrate the gifts and services you have given us. I know that Uganda shares 70% of its water with her neighbouring countries. The water bodies include lakes Victoria, Edward, and Albert. Even Uganda's biggest inland lake, Kyoga, is crossed by the Nile on its way to Egypt.
So, Uganda has to ensure that it uses water without affecting its neighbours. Uganda's neighbours also have to avoid affecting Uganda's water security.
Uganda occupies a unique position in the Nile basin because it is both an upstream country to Burundi, Rwanda, Tanzania and Kenya, DR Congo and a downstream country to South Sudan, Sudan, and Egypt. This means that sometimes they have to side with Egypt as downstream countries and sometimes Uganda has to support the position of East African countries (upstream countries).
Dazzling beauty
The first time I met you was at your mother's place - the mighty Lake Victoria. I was spellbound. This was when I stepped on your heavenly white sand beaches at Bugala Island of Lake Victoria. The white sand beaches confirm that you are a hidden treasure. 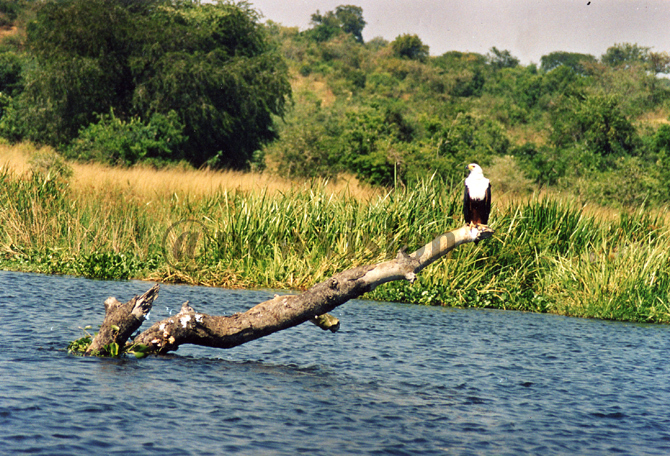 Not far away from Bugala is Musambwa Island, where you have given sanctuary to wildlife. It is here that I first encountered snakes that do not bite fishermen who stay on the islands. The fishermen do not also harass the snakes. It is similar to the Biblical heaven where a lamb will rest in the bosom of a lion.
Yearly, millions of our feathery ambassadors get sanctuary in your greenery at Musabwa, Lutembe, and Mabamba. They come here because of your overflowing hospitality.
This makes me one of the proudest human beings. No wonder you have swayed the Lonely Planet to say that Uganda is a top tourism destination. I feel obsessed and envious that other men in the Nile basin are also stalking you.
I want to hold the belly of your trees and tell your tormenters to leave you alone. They have disguised themselves as investors, meant to make you more fertile but they are stripping you of anything precious their hands can land on. They are even plotting to take away your sand.
Though promising to turn the fortunes of the population around, it may not last long if they do not stop hurting you with dirt and polluted water. Slums have turned you into a ‘big toilet'.
Sport fishing could bring billions
My sweetheart, I would like to believe you are in the wrong hands. The colonialists brought Nile perch, which you have nurtured all these years. Though sport fishing can earn Uganda $2 billion annually, people are more content with fish, which earns less than $500m in a year. Not a single coin is re-invested to ensure that you remain alive.
How much has the government invested in tourism along the Nile? There are several points along the Nile within Uganda where the hospitality industry could bring handsome returns.
Oil Threat
I fear to imagine you are cursed. The discovery of oil in Murchison Falls National Park threatens our love. What will happen in case of an oil spill?
Source of water, electricity
You generously give us water. The water supplies in Kampala, Mwanza in Tanzania and Kisumu in Kenya depend on you. But still, my friends and other people do not respect you. The hydro-electric power stations would be no more if the Nile became lifeless. Uganda's hydro-electric power at Nalubaale and Kiira, with a potential of 388MW and Bujagali's 250MW, respectively, is produced using your water.
If the encroachment on your catchment does not stop, the potential power production along the Nile, estimated at 3,000MW, will thin out with you.
Lake influences micro-climate
I would like to remind citizens of the Nile that 70% of our bodies constitute water. So, securing our own existence entails managing aquatic resources and land use in a sustainable way.
The cool breeze from Lake Victoria blows away the humid air hanging over Kampala. In your cover ordinary mortals make love. They keep on swearing to each other. Only a few promises to give back to you who nurtures their playgrounds and who looks after their playmates.
Discovering you has been a journey and accepting you has never been a regret. Wherever I get an opportunity, I will expose the excesses that destroy your dignity. I hope this will convince our neighbours to behave like good friends for our love to flourish.