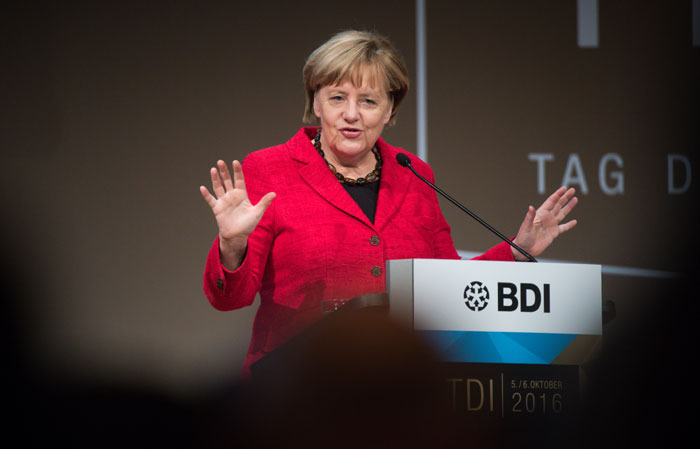 Export power Germany has long had a troubled relationship with selling arms abroad, a legacy of its dark history that is now spelling deep discord with its European allies.

Chancellor Angela Merkel's government has recently sparred with both France and Britain over the issue, while trouble is also brewing within her uneasy left-right coalition government.

Especially Berlin's decision to freeze weapons sales to Saudi Arabia over the killing last October of journalist Jamal Khashoggi, as well as the Yemen war, has upset Paris and London because it puts joint defence projects on ice.

As during the refugee crisis, a moralistic political debate within Germany -- a country at pains to draw the right lessons from its Nazi and Holocaust past -- is now straining the patience of its allies.

Polls have shown that some two thirds of German citizens reject weapons exports.

"Given its history of belligerence, Germany's public has long viewed arms exports with a mix of moral outrage and helplessness.

"For many Social Democrats the current debate about arms exports seems like a golden opportunity to prove their progressive credentials and sharpen their ideological profile."

Despite all the agonising, Germany is among the world's top arms exporters, a club that is led by the United States and also includes Russia, China, France and Britain.

The government regularly meets to review sales under the war weapons control law.

One company that has run afoul of the strict rules was gunmaker Heckler & Koch, which was fined 3.7 million euros ($4.2 million) by a German court on Thursday.

Two of its former employees were also given suspended jail terms for illegally exporting thousands of assault rifles to violence-torn Mexican states in breach of the export licence.

Human rights activists had charged that the G36 automatic rifles were used in abuses including the 2014 disappearance -- and suspected massacre -- of 43 Mexican students.

Germany urged other countries to do likewise, but French President Emmanuel Macron dismissed the call in unusually sharp language.

"What is the link between arms sales and Mr Khashoggi?" he said, calling it "pure demagoguery to call for a halt".

The Saudi issue flared again this week, this time between Germany and Britain, a NATO nuclear power that despite Brexit is set to remain a crucial security partner for the bloc.

In Berlin on Wednesday, Hunt expressed concern that "changing our commercial relationship with Saudi Arabia... would reduce our influence" in efforts such as helping end the Yemen war.

Maas, an SPD politician, reiterated that the ban remained and said any future decision -- a review is due by March 9 -- would be "dependent on developments in the Yemen conflict".

About 10,000 people are estimated to have been killed in the Yemen war since March 2015, but rights groups say the death toll is much higher.

"We have, because of our history, very good reasons to have very strict arms export guidelines," she said.

But Merkel also stressed that, "without a common culture of defence exports in Europe, the development of joint weapons systems will be endangered."