Buhari warns vote-riggers of 'ruthless' re...
Next Story

The Gates letter highlights the negative impact of lack of access to toilets.

The Gates letter highlights the negative impact of lack of access to toilets.

There are not many individuals world over with the opportunity or privilege to have a bird's eye view of global development.

When Bill and Melinda Gates, arguably the world's biggest individual contributors to development aid, give their views on the surprises they have encountered in their mission to try and solve global challenges in reducing poverty, it is worth taking note.

In their 2019 annual letter released last week, they write about the nine things that surprised them the most in 2018. 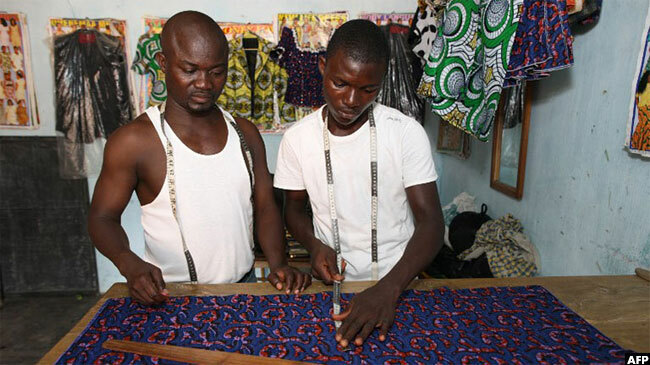 That Africa has a very young population is not news to demographers. Among the countries with a median age under 20, the majority are in Africa.

What surprised Gates though is that the rest of the world is different; It is growing older while Africa is getting younger. According to Gates' letter the median age in Africa is 18 in comparison to North America where it is 35.

"This can be either a source of instability or it can be a huge asset.  It really all just depends on young peoples' access to education and good health," Melinda Gates told a tele press briefing ahead of the release early this month.

The Gates opine that the right investments will unlock Africa's huge potential and that ‘young Africans will shape the future of not only their own communities but the entire world.'

But they emphasise what economists have prescribed as the benchmark of prosperity - health and education which the Gates described as "the twin engines of economic growth." 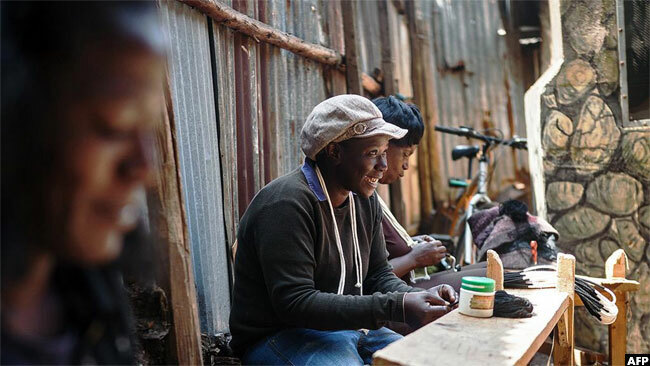 The second thing the Gates highlight about Africa in the letter is the scarcity of data on the lives and experiences of women and girls in Africa.

"How much income did women in developing countries earn last year? How much property do they own? How many more hours do girls spend on household chores than boys?" Melinda rhetorically asks in the letter and responds, "I don't know. Neither does anyone else. The data just doesn't exist."

She argues that without data on the lives and experiences of women and girls in Africa, it is hard to know what is going on and thus hard to improve things.

"Missing data is just harmful because data really should guide all the decisions that we make, and it should inform policy," Melinda says.

She underlines that if progress is to be made for women and girls, data on their lives has to be collected, analysed and acted upon.

"Without this type of data, it's very hard to design effective programs and policies that respond to the needs of women and girls," she says.

In 2016 the Gates Foundation made an announcement of $80 million over three years towards collecting gender-related data.

In the past three years the Gates Foundation has been working to increase the amount of accurate, timely data about women's and girls' lives - everything from their health and access to care, to their career choices and finances.

Working with partners like UN Women and Data2X to support African governments to fill the gaps, some progress has been made. They highlight Kenya's the Bureau of Statistics decision last year to redesign its data collection activities to ensure they promote gender equality.

Their work also involves ensuring that collected data is not left unused on the shelves but that it gets into the hands of decision-makers who design programs and policies and citizens who can hold their governments accountable.

"In countries like Senegal, Tanzania, and Kenya, for example, our partner Equal Measures 2030 is working with local advocates to track progress on gender targets within the UN's Sustainable Development Goals," Melinda states. 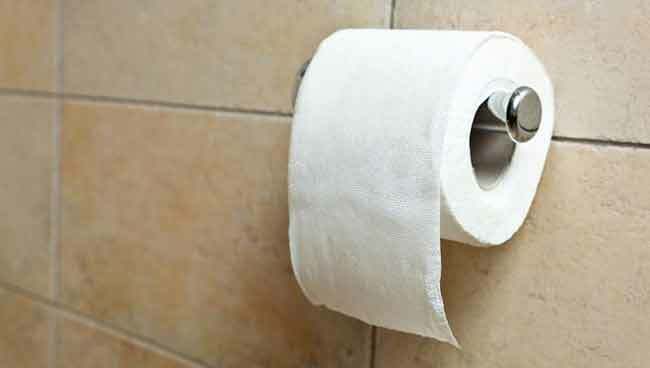 Talking about toilets is not a comfortable topic of conversation but the Gates highlight it with the argument that to keep girls in school, expand women's economic participation and protecting them against violence, it is an issue that needs to be addressed.

"Life without a toilet is hard for anyone, but it tends to be women and girls who suffer most," Melinda observes.

The Gates letter highlights the negative impact of lack of access to toilets ranging from kidney damage due to holding in urine all night because the trip to the toilet is risky, to restricting food intake because of lack of toilet facilities or privacy.

The letter also highlights the fact that one in ten girls in Sub-Saharan Africa miss school during their periods because their schools do not have sanitary facilities to dispose of menstrual hygiene products.

Hence their surprise - that toilets are transformative.

"We know better toilets and sanitation helps keep girls in school, they expand women's economic participation and they protect them against violence.  So, sanitation is crucial when we think about good health and education for everyone across the continent but particularly women and girls," Melinda says.

Bill Gates on the other hand highlights the toilet fair in Beijing last year that happened eight years after he challenged engineers and scientists around the world to reinvent the toilet. He is positive that the next generation of toilets will save millions of lives. 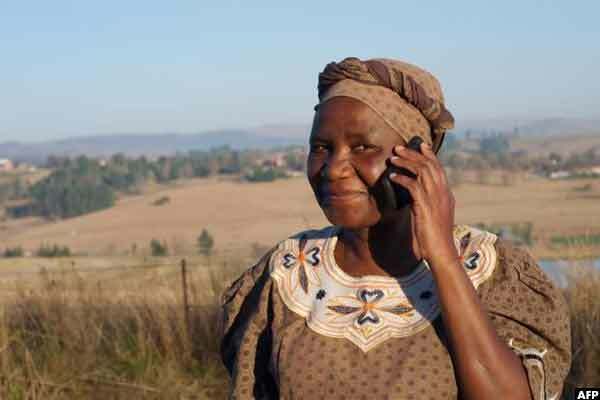 The growth of the mobile phone across Africa and its ability to create new opportunities to fight inequity and to lift women up is another surprise listed in the Gates letter.

The mobile phone has given women access to the formal economy through mobile banking, it has connected them to customers, trainings, professional organisations from the comfort of their homes even as they do their domestic chores.

The Gates are concerned, though, that mobile phone ownership and internet use it is not expanding equally. "The gender gap remains significant," they state.

They quote a recent study of ten countries across Africa, Asia, South America that found that women are almost 40 percent less likely than men to have used the internet.

The rise of nationalism in donor countries could have a direct impact on Africa's most vulnerable communities.

The Gates underline the importance of continual global investment in funding strengthening of health systems in developing countries as a means of preventing global epidemics like ebola or discouraging immigration.

They argue that though Africa has stepped up its efforts to domestic health financing, aid from donor countries is still essential.

They call on world leaders to recommit to global health by replenishing the Global Fund and to also plan to recommit to raising funds for Gavi, the vaccine alliance in 2020.

The Global Fund has since its inception in 2002 saved 27 million lives. Today 17million people living with HIV get medicine from the Global Fund. Without it, they will die. Gavi on the other hand has provided vaccines for 690million children.

The Gates state that wealthy countries spend only 0.1 percent of their budgets on health aid. They worry though, because these countries are increasingly "turning inward they may decide these efforts aren't worth the cost" which according to Gates would be a disaster.

"There is nothing about putting your country first that requires turning your back on the rest of the world. If anything, the opposite is true," they state. 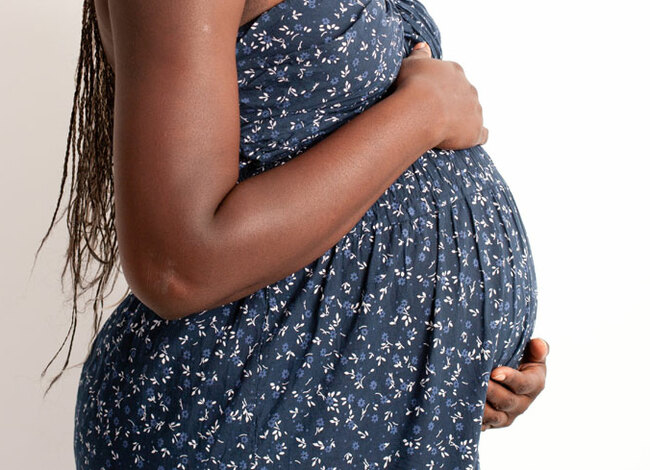 The Gates letter highlights that 15million babies are born premature every year making it the leading cause of death in children under five. Yet very little is known about what causes the condition that affects 10 percent of people in every part of the world.

Through a study funded by the Gates Foundation, they suggest that a few pointers could be on the way soon.

At-home DNA tests have found a link between preterm labour and six genes including one that regulates how the body uses a mineral called selenium.

According to Gates, by studying 40,000 samples of DNA researchers found that some people have a gene that prevents them from processing selenium properly. The study funded by their foundation found that expectant mothers who carry that gene were more likely to give birth early suggesting that selenium plays a role in determining when a woman begins labour.

They suggest that if studies are successful, selenium could provide a cheap and easy solution to reducing premature births by helping women extend their pregnancy to full term.

The letter highlights several other issues including the textbook versus innovations in learning software, initiatives to help young men to process anger as a means of reducing incarceration, as well as climate change and the contributors to greenhouse gases that are not being discussed often, that is, agriculture which accounts for 24 percent of greenhouse gases in comparison to electricity at 25 percent and manufacturing at 21 percent.

Judiciary to speed up court processes