As it happened: Uganda Today - Tuesday Feb...
Next Story

We must embrace science and technology - Museveni

President Yoweri Museveni has told the Central Executive Committee (CEC) of the National Resistance Movement (NRM) that for the party to propel the country forward and economically transform the society, the leaders must appreciate the importance of science and technology to drive socio-economic transformation.

This coupled with understanding the correctness of the movement ideology that emphasises patriotism, pan-Africanism, socio-economic transformation and democracy" and the existing strategic bottlenecks that have hindered the development of Uganda.

Museveni was delivering a keynote address to the CEC at the ongoing retreat at Chobe Safari Lodge in Nwoya district, under the theme 'Ideology and Strategy'. He said that societies that continue lagging behind in science and technology are in danger of being squandered, dominated or even exterminated by others as has happened to some races in the past. 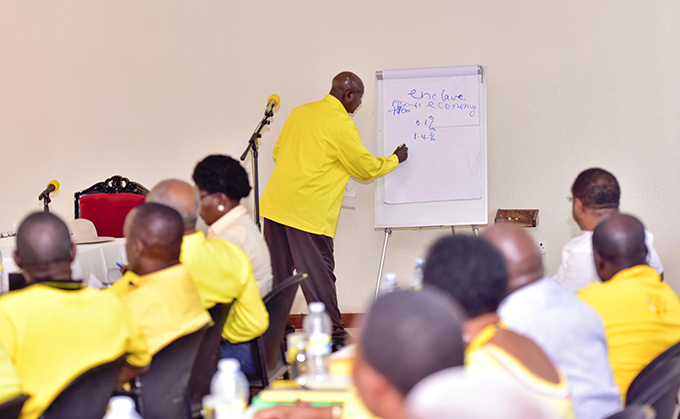 The President reminded the CEC members that whereas the African continent was the origin of man, pioneer of civilisation and took part in major technological and social revolutions in human history, the continent's failure to effectively participate in the science and technological revolutions led to the continent suffering a number of calamities in the last 500 years that included slave trade, genocide, colonialism, neo-colonialism and marginalisation.

He added that the lagging behind in technology by Africans did not only make them be dominated by other men but also by nature. He said that because they cannot tame nature, they are still affected by natural factors such as floods, drought, diseases famine and many others. 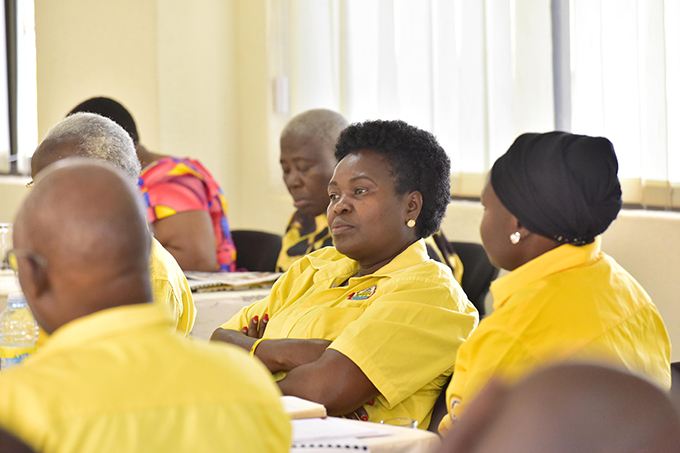 He said that Uganda and the African continent must keep abreast with scientific and technological knowledge because that is what distinguishes man from other creatures and said that was the reason he proposed good remuneration for scientists in government that he said some attempted to oppose.

On the NRM ideology that emphasises nationalism, pan-Africanism, socio-economic transformation and democracy, the President said nationalism and pan-Africanism were important for prosperity and the strategic security of Africans.

He said that the continent cannot guarantee its prosperity without big markets for its goods and services and without solving strategic inferiority in defence terms against global threats unless it also carries out political integration.

Museveni said the enemies of Africa are those who push for divisive and sectarian lines and do not see the importance of integration.