Epilepsy is not a demon attack; end the stigma

For all her life, Nina Mago has been dealing with epilepsy.
"She started getting the bouts in nursery school and the teacher would isolate her," narrates Nina's mother Anita Mago.
"One attack was so bad, that when we took her to a hospital, she was put on oxygen," Anita says at first, they did not know what was happening to their daughter, but after some time, a doctor informed them that Nina had epilepsy.
At first, the attacks were frequent because her condition was not controlled. When her father was posted to Moscow in Russia, he went with his family. In Moscow, management of the condition improved.
"In Moscow, the teachers understood Nina's condition; sometimes they would even call home to say the weather was bad and advise she stays home," narrates Anita.
Nina's nanny, a Russian woman, also understood her condition and knew how to handle her.  However, when the family returned to Uganda after seven years,  Nina faced it rough at school again.
she says she used to get attacks which made fellow pupils bully her.
"I would suddenly get a jaw lock (which is a sign of an oncoming attack) and could be unable to talk." Nina was looked at as weird by fellow pupils.
Because of the bullying, Nina lost confidence and could not raise her hand in class to answer questions.  "I lost interest in education," she says.
What is epilepsy
Epilepsy as a neurological disorder, whereby the affected person gets unprovoked recurrent seizures or fits, explains Dr. Richard Idro, a Paediatric Neurologist at Mulago Hospital.
Seizures are brief episodes of involuntary movement (jerking) or abnormal sensations in the body.
"Seizures come as a result of excessive electrical discharges in a group of brain cells. A seizure can involve one part of the brain (a partial seizure) or all areas of the brain (generalized seizure). A person will feel like things are moving in their body in the part controlled by the affected area of the brain. If the seizure involves the entire brain, it may come in form of convulsions that shake the whole body, with loss of consciousness," he says.
Idro explains the frequency of seizures vary from one person to another, it can happen a couple of times in a day, or even once a month or once a year. 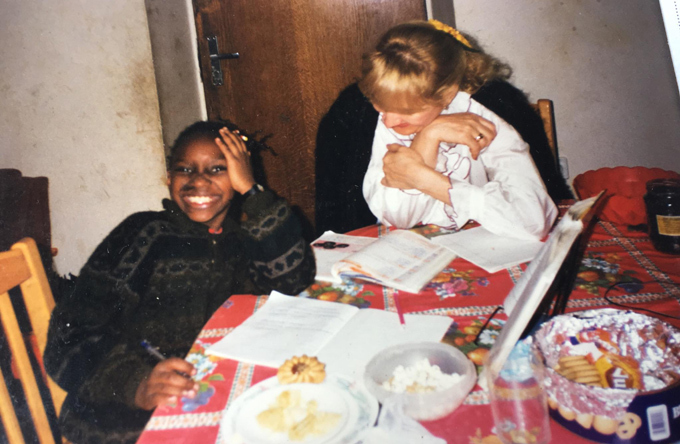 However, Idro notes that a one-off seizure episode does not mean that one has epilepsy. In addition, anyone, at any age can develop epilepsy.
Case of stigma
Anita says having epilepsy carries a lot of stigma for both the patient and their family. She notes that some people believe that those with epilepsy are demon-possessed.
"People hide their children or family members with epilepsy, there are even people you work with who have the condition but they will never tell," Anita says.
To make matters worse people believe epilepsy is contagious, which is completely not true. This belief has stopped people from helping patients when they get an attack.  "It is common for people who have epilepsy to die from injuries, many have fallen in fires as they are cooking, while some have been injured by machines at work. For some people, it is so extreme that they lose control of the bowel movement and wet self or excrete on themselves."
Epileptic cases
According to the World Health Organization, about 50 million people currently live with epilepsy worldwide. It says those with active epilepsy that includes continuing seizures or with the need for treatment at a given time is between four and 10 per 1,000 people.
Dr.  Martin Kaddumukasa a Neurologist at Mulago Hospital says for Uganda there is no clear figure. He adds that currently, a population survey is underway in different regions of the country to be able to quantify the incidences and prevalence of epilepsy in the entire country.
Kaddumukasa says the cases presently known in Uganda currently are from Mbarara Hospital, Mulago Hospital, and Butabika Hospital because epilepsy sometimes presents with psychic symptoms.
Anita says because of the myth that epilepsy is a spirit/demon attack, people hide the fact that they have epilepsy for fear of stigmatization.
"Their philosophy is that if it comes, it will come and that will be the end of my job but I will never tell," Nina adds.
She says people have been forced to home school their epileptic children because of the stigma but they face at school, but these children need social interaction to live normal lives.
Causes
Some people are born with epilepsy; while others get it later in life, Dr. Idro explains. Causes of epilepsy during the course of life are diverse and include trauma to the brain (for example in accidents), falls, a stroke and infections (such as cerebral malaria and meningitis), Dr. Kaddumukasa explains.
In the case of accidents, he says a car accident and injury to the head can cause epilepsy. Common for Uganda is motorbike accidents.
Others risks factors are parasitic infections (such as tapeworms) that people consume in poorly cooked pork or chicken (meat). The worms get into one's bloodstream, then the spine and end up in the brain.
As a result, "You find a person saying there is something burning when there is nothing burning, or you find a person partially going blind and then their eyes are working again," Dr. Idro explains.
He notes that those born with epilepsy develop it during pregnancy and risk factors include viral and bacterial infections in a mother. Such infections include syphilis and rubella. Other children develop it a birth if a mother struggles through long labour or when a child gets measles.
Offering help
Nina being a person who has epilepsy started Purple Bench Initiative to create awareness about the condition after completing her university education. She has a degree in Ethics and Development Studies from Nkozi University but ventured into community development work.
The Purple Bench Initiative was initially a project under the Rural Integrated Development Organization she runs with her mother and partner Anita but is now a fully-fledged organization.
"I had worked in development for over eight years and one of the hindrances of development seemed to have been epilepsy," Nina says.
"Families that have someone with epilepsy are discriminated against by society. People don't want to associate with them in the development drives, we notice that in the work we do in Masaka district," Anita says.
However, through Purple Bench Initiative, Nina is visiting communities and schools in Masaka to create awareness.
"We have a program running for schools because we believe it will change the young people's outlook on epilepsy," Anita explains
Nina adds: "The belief is that epilepsy is a spiritual/demon carried on from generation to generation, but if we teach these children, they can know there is first aid for this condition,
They will know that epilepsy is not a spiritual attack. The knowledge will  encourage them to treat those with epilepsy with dignity."
She says it might not be very easy to change the mindset of the current generation, but going to schools they also talk to the teacher's so that they can properly handle children will epilepsy.
But important for Nina and Anita Mago, is that if people are able to come out and talk about their condition, others will know that an epileptic person has to be taken care and has to take medicine, to live a normal, stable, productive and fulfilling life.
Dr. Kaddumukasa says epilepsy is not contracted by touching, it is also not a sexually transmitted disease and not an evil spirit or demon, it can be cured or managed with early and proper treatment.

Itai, Emma and Kevin up for possible eviction