MENU
Does your lover know your phone password?
Previous Story

Notice from Arua Municipality
Next Story

The life and times of Bamwoze

"On October 9, 1979, at All Saints Church Iganga, I told the congregation which included the current President of Uganda, that I was a development maniac. If development is not political then I want to know what it is," Bamwoze.

"On October 9, 1979, at All Saints Church Iganga, I told the congregation which included the current President of Uganda, that I was a development maniac. If development is not political then I want to know what it is," Bamwoze.

Bishop Bamwoze is remembered to have established a number of health facilities in hard-to-reach areas under his Family Life Education Programme, an arm of Busoga Diocese, which he oversaw.

People who worked with him say he always reached out to people, preaching the establishment of personal relationship with God and rediscovery of core values of integrity, honest acquisition of wealth, mentoring, productive living and leadership.

He supported the revival of family reunions and fireplace gatherings to acquaint the children with cultural folklore, and having family and clan unit structures to advance development, moral uprightness and other values.

Bamwoze was a known supporter of multipartism at the time the country embraced the movement type of leadership. Multipartism was blocked in Uganda after the NRM took power in 1986 and was only revived in 2005 after a referendum. 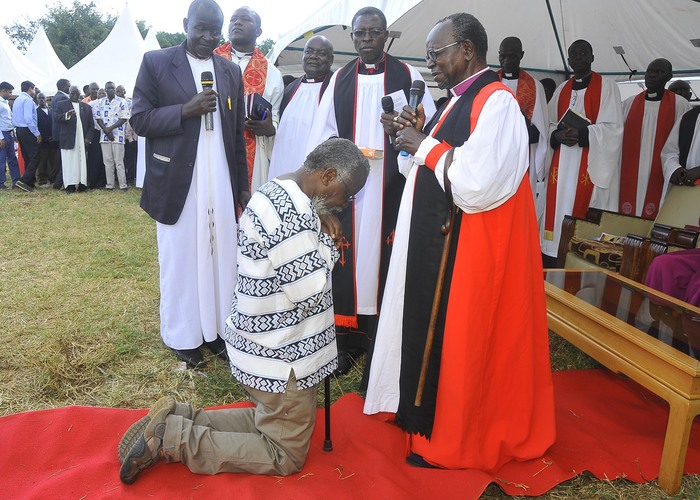 On November 29, 2000, New Vision carried out an interview with Bamwoze, who was then leading the national committee of former presidential candidate and veteran politician Aggrey Awori.

What prompted you to support Aggrey Awori's candidature and have you had prior interest in politics or is this a new venture you are undertaking? Answer: I will not be drawn into making my candidate the subject of discussion. However, there has never been a time when I was not politically active. I have over the years responded to the issues, needs and demands of the Ugandan society in accordance with the times at which the issues have been raised.

Our political history has a tendency to relate to religion resulting in division among the people. As a religious leader don't you feel that your political involvement will fan divisions? I have said that I have always been political. For decades I have been at the forefront in the ministry to young people. We have organised, motivated and trained people in leadership and production.

So it sounds very pedestrian for anybody today to say that as a bishop I am becoming political. I ask where have they been all the time and are just noticing me at this hour. On October 9, 1979, at All Saints Church Iganga, I told the congregation which included the current President of Uganda, that I was a development maniac. If development is not political then I want to know what it is.

As a protestant bishop will you make special appeal to the Church for support or to Busoga region where you are born and have served?
My development work in Busoga has been as inclusive as inclusive can be. I work with everybody regardless of political or religious leanings. I have been active at all levels from village to the international arena. At this hour, I do not see how you confine me to religion or place of birth. Everybody comes here including Muslims.

Don't you think that your political activity will rekindle the animosity that existed during the religious conflict when you were bishop?
What is there to rekindle? Anybody that had anything to say said it then. We are in the politics of the present and the future. Those living in the past are in trouble with themselves. We shall discourage witch-hunting for it wastes resources that would enable development for the future.

If your candidate wins the elections what is the likely role you will play in the new government?
Why don't you say when we win the elections? People came to me and said that we need you and this is where we want you to help us. When we win, I expect the same to happen. I may go as low or as high as anybody may want me to go. I am not bothered by position. 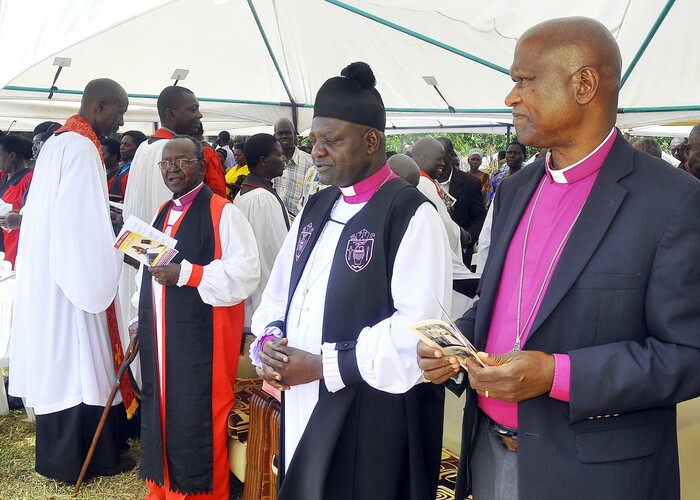 If you lose?
I do not go to battle with the aim of losing. The fighting may be tough, but the victory is certain. We only need to awaken Ugandans to be realistic of their present and future. They must stop putting their destiny in the hands of people whose heart is not for this country.

There has been talk that you agreed to work with Awori from Busia to consolidate the block votes from Basoga and Basamia
The issue of where each of us is born or raised should not be of interest. We are for Ugandans and this country. You can only but support this cause.

There is the Obote factor. There is talk that you are very close to him and that your present involvement is testing your political ability. They say you are being groomed to reorganise the Uganda People's Congress into the 21st Century.
People who say so are entitled to their views as individuals. Even if I may have long time friends in some parties, whatever they do in those parties is not my business. When we talk about political pluralism as a factor of democracy, we are saying more than political parties.

Political parties have their own members to champion their causes. Political pluralism includes interest groups in civil society, which will become politically active when the interests for which they stand are at stake.

Have you no fears that political pluralism may bring politics of violence back to this country?
Two wrongs do not make a right. We can have competition without animosity. You belong to one another and you are part of one another. You need each other for survival. Just as you cannot choose who your brother or sister will be. Likewise, you cannot choose who your neighbour will be.

Kayihura to present paper on counterterrorism