They met in a Manyatta.  Socialite and TV presenter Anita Fabiola, as part of her Tulambule Eastern Tour, visited the Karimajong homesteads for the experience.

It was a harsh noon. The sun was scorching like it was showing off. 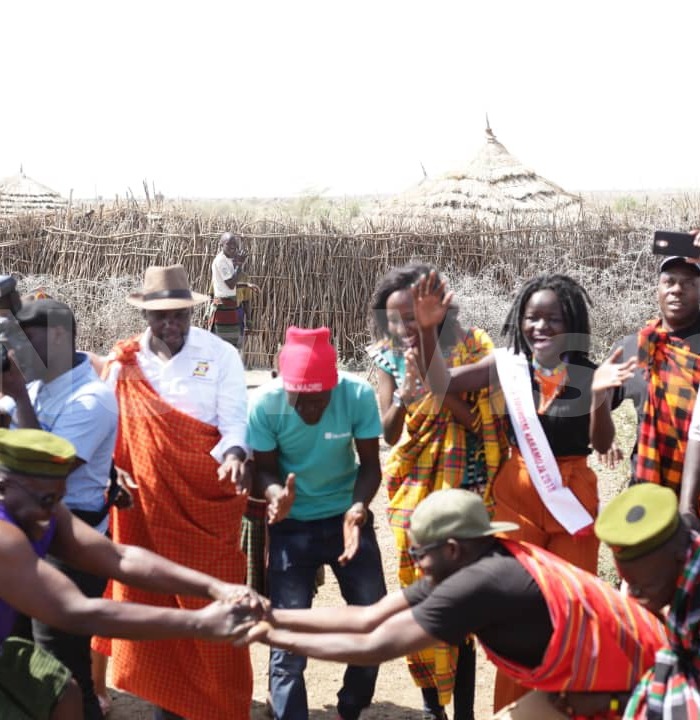 Kiwanda learns about the culture before the warrior goes for Fabiola. Photos by Solomon Muleyi

The sharp thorns that fenced the Manyatta, gleamed majestically from the rays of sun. Dust was rising and floating above them, painting the atmosphere above them a coffee brown hue.  It came from the high-jumps and stomps on the ground, by the villagers performing a welcome dance ritual. 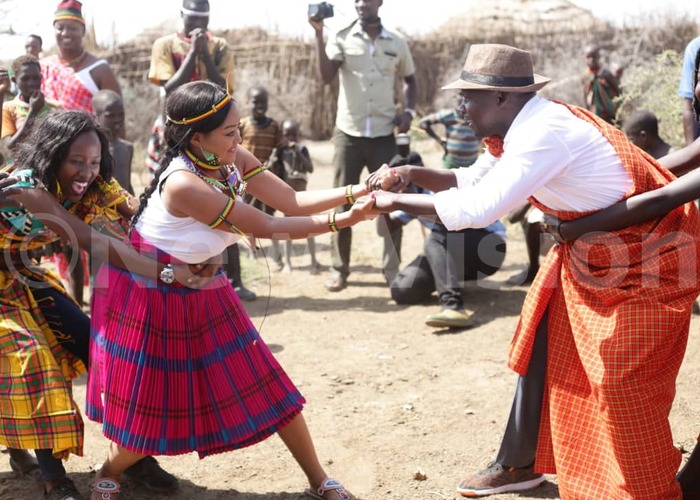 Preparing for the battle

For her flawless brown skin, Fabiola immediately stood out. But it was going to take her a while to spot her Prince Charming. So she danced first, with the women. She jumped, clapped, (because according to the Karimajong guide, it's not a dance if you're not cheering yourself while at it. 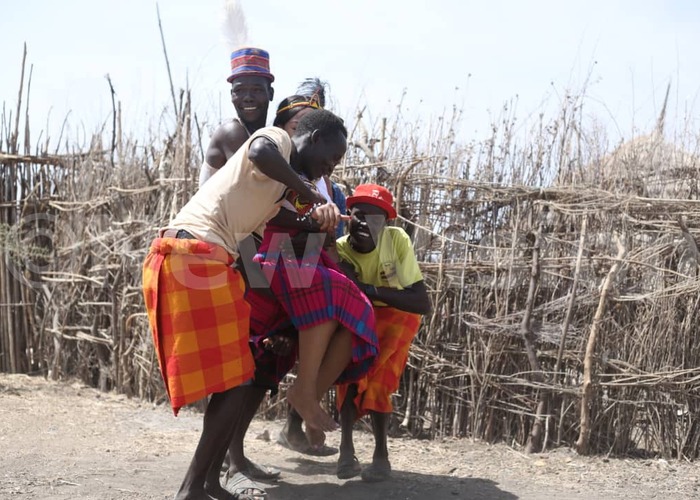 Think of it like a deeper, native explanation of why Africans shout and make cringe faces when dancing,) stomped and ran around in the dance circle. The pink of her skirt flying about, making her look like a 'Bogoya' playing with grapes. 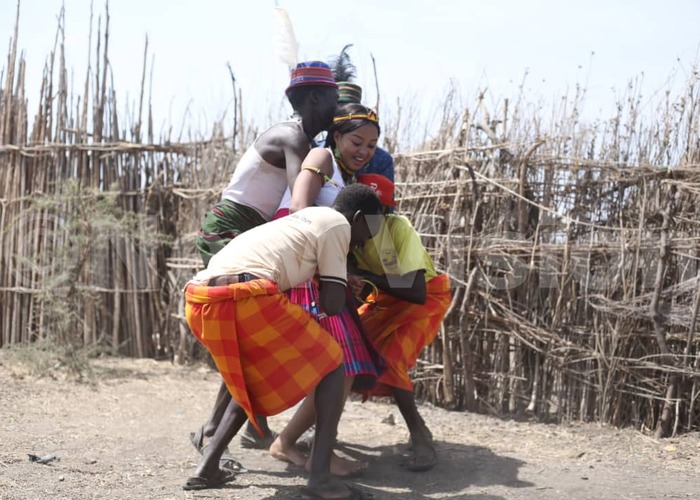 She then made a speech, thanking them for hosting her. She spoke with that exotic English accent that every Ugandan TV presenter yanks out of the pocket when on TV set and then folds carefully and stashes back after the cameras are away. Miss Tourism Karamoja Emily Ayen flawlessly interpreted to the gleeful villagers, nonetheless. When she was done, they asked if she, Fabiola was single. To which she replied in the affirmative. 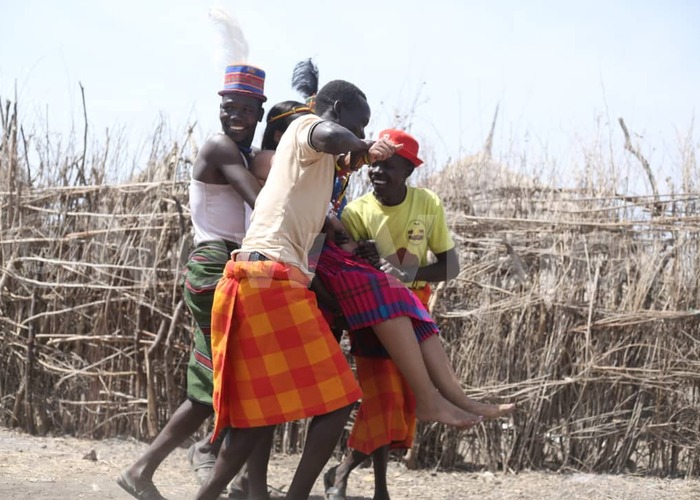 The Karimajong men were startled.  Their eyes darted about, about each other.  As if it was a dare.  As if it were some twisted form of fate for one of them. As if she was bluffing them.  She was. But they fell for it.

One of them stepped forward. Clad in a white vest and green suuka, he'd taken the proverbial leap of faith.  Because such bravado is what should sweep Fabiola off her fragile brown feet. He walked the walk of a warrior. Lifted his hands up in there and chanted what sounded like a war cry. 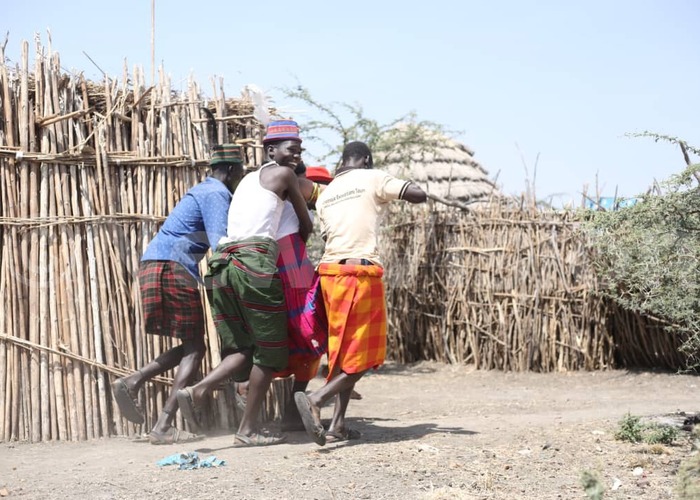 He navigated the bodies in the circle, and made it to the center where Fabiola was. She stifled a wild laugh. And maintained composure. He then offered 150 cows, for her hand in marriage. But before Fabiola could say anything, he added that he was a prestigious man, and marrying him would elevate Fabiola. 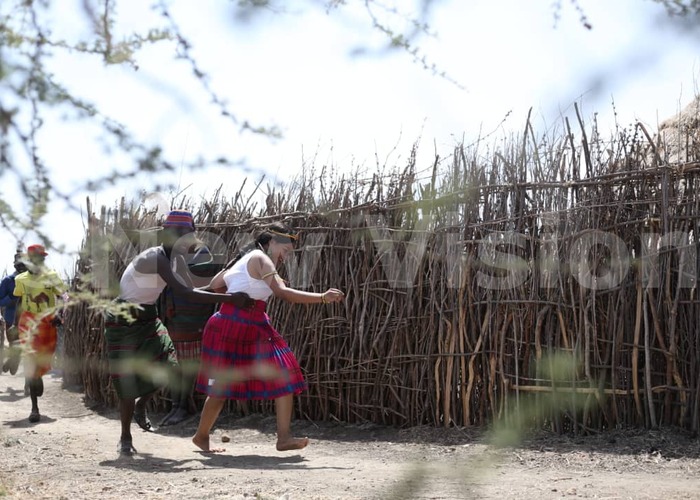 It was an ambitious proposal from an ambitious man. A dare devil. A man named Michael Kerry with no ancestral attachment to the English.  A man of valor in his land. He looked like he'd single handedly orchestrated successful cattle raids. But no. It was merely a figment of our imagination. According to the guide, Teko Walter, the men in Karamoja are like Chinese products, they look fit and hardworking but are actually lazy. 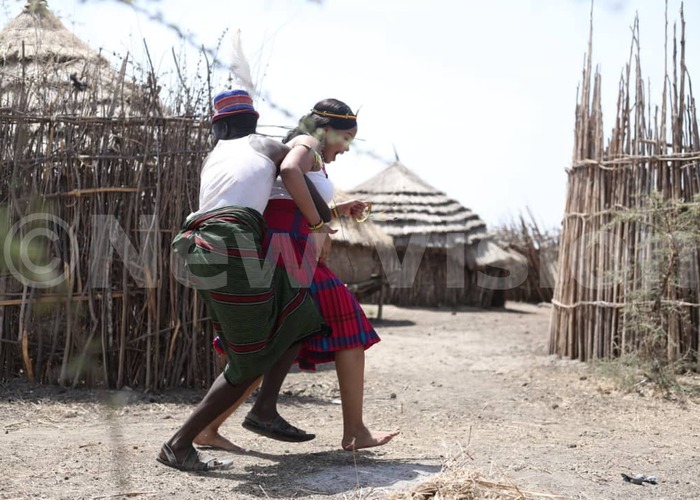 "They sit home and wait for their women to win the bread.  They are obsessed with cattle, but it's the women that tend to the drawing of milk and blood from the cattle, and the general role of looking for food and taking care of the house hold," explained Teko.

And right then, their environment made sense. They're still leaving in the 1840's. Or circa there.  The men still pride in raiding cattle.  In the words of Guide Teko, a ritual performance and song like the one we witnessed on arrival is saved for life mile stones and success. Like raiding cattle, having Many children and owning a vast Kraal of cattle.

Of course Karamoja is arid. Only resistant plant species like shrubs grow there. The ground is mostly filled with dried up flakes of cow dung, and the resultant putrid smell is common place.  The children still walk around naked, while the men simply cover up.

They were clad in checkered wrapper skirts and white vests when we got there.  So as they carried Fabiola, after having caught her in the Pre-marriage ceremonial chase-and-catch ritual, it looked like they'd taken her joke seriously. 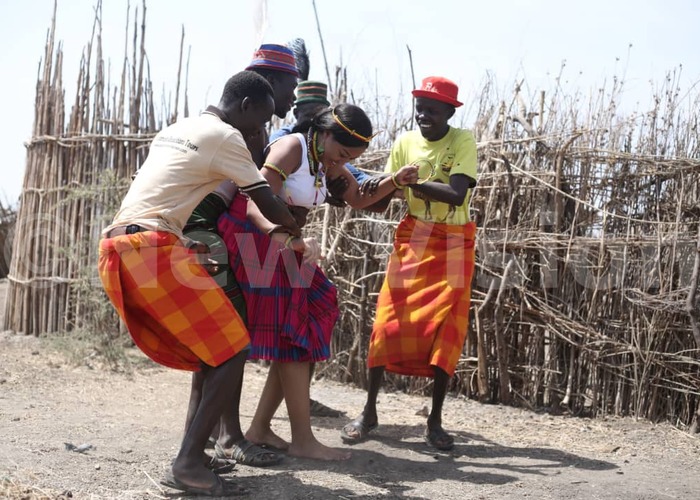 They were rushing her to a grass thatched house, amidst camera flashes. The husband's look during the carrying process was an epic personification of a hyenas look after a catch.  In his mind, he was about to plant a light skinned warrior, that he'd name after himself.  But the Minister of Tourism, the architect of the marriage idea had other plans. 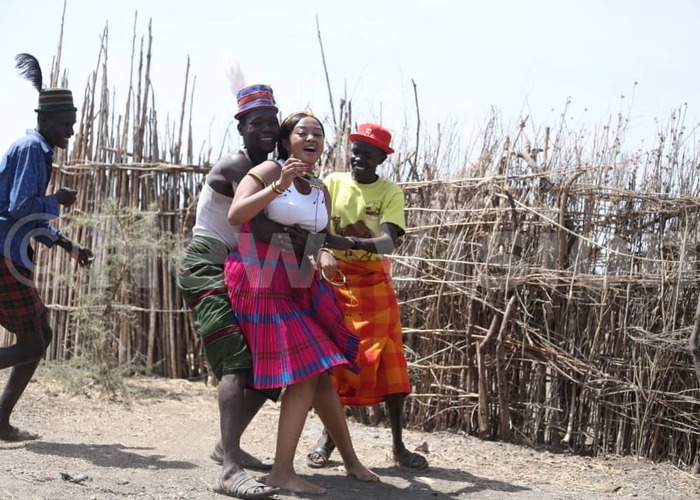 He stopped them right before Fabiola got the full experience. He thanked them for preserving their culture and refusing to be pushed by the tides of civilization.

"Your culture is now a great tourist attraction, and a money earner for you and the country," he opined. 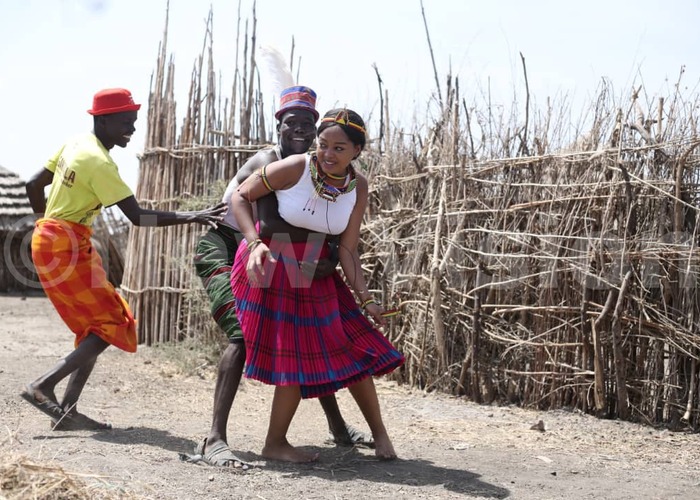 The Guide Teko, said that they charge 50k per head for the Manyatta experience. 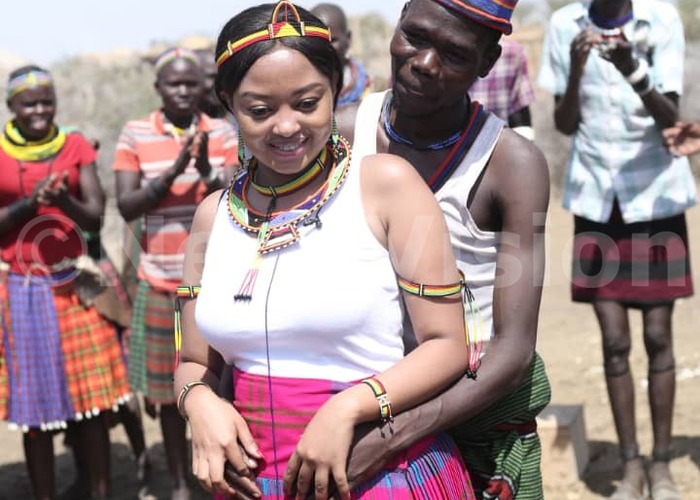 The Minister took the team through a series of tourism preps all through the hike up to the mountains, coffee tasting, Sipi shower, and magic water challenge. 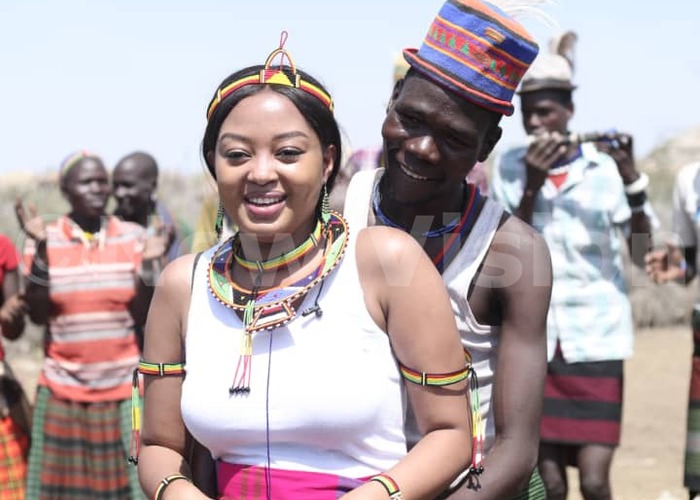 Finally: Fabiola is married to the warrior

UNAA is much more than just a one weekend party - Kwesiga

And the Miss Uganda North America contestants are . . .

Radio and Weasel to rock UNAA Convention in the US