Babinaga, fondly referred to as ‘Mzee Panta,’ was pronounced dead on Saturday, after collapsing in a bathroom at Foyer de Charite, Namugongo, where he had gone the previous day to attend a spiritual retreat of the Knights of Saint Matia Mulumba.

Babinaga, fondly referred to as ‘Mzee Panta,’ was pronounced dead on Saturday, after collapsing in a bathroom at Foyer de Charite, Namugongo, where he had gone the previous day to attend a spiritual retreat of the Knights of Saint Matia Mulumba.

KAMPALA - Tributes have been paid to Mzee Pantaleo Babinaga, a historical member of Christ the King Church Choir (Kampala), who died on Saturday at the age of 83.

Babinaga, fondly referred to as ‘Mzee Panta,' was pronounced dead on Saturday, after collapsing in a bathroom at Foyer de Charite, Namugongo, where he had gone the previous day to attend a spiritual retreat of the Knights of Saint Matia Mulumba.

Delivering his condolence message during the requiem mass at Lubaga Cathedral on Thursday (January 31), the Governor of the Central Bank, Prof Emmanuel Tumusiime Mutebile described Panta as "a humble gentleman of several accomplishments," who fiercely dedicated himself to improving the lives of those around him. 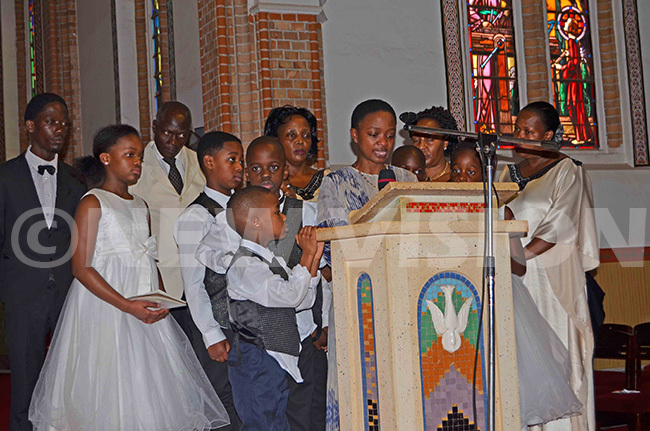 Below is Prof Mutebile's condolence message in full

Members of the Babinaga family and dear children, fellow mourners,

I greet you all in the name of our Lord Jesus Christ, and pray for peace upon you in this most trying time.

Allow me to first give my deepest condolences to the family of the late Pantaleo Babinaga; with his passing, the family has lost a husband, a father, a brother and grandfather.  The Church has lost a dedicated believer; and the country, an illustrious civil servant.

A glance at the late Pantaleo Babinaga's achievements reveals a humble gentleman of several accomplishments fiercely dedicated to improving the lives of those around him. This is notable in his membership to Rotary - an organisation that espouses service above self above all things. 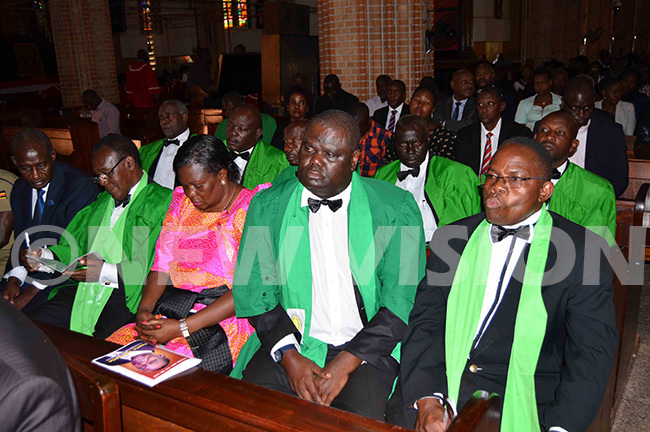 The Company Secretary of Vision Group and national head of the Catholic laity, Gervase Ndyanabo (left) with the Knights of St Matia Mulumba during the requiem mass

It is not secret that Pantaleo was very passionate about music, especially Gregorian Chants and Classical music. He believed that Church music is prayer and did his best to support local church choirs all over the country.

Through music, Pantaleo was able to pray while entertaining or comforting - all in a bid to bring people closer to God. Indeed he epitomized the words of St Augustine, "He who sings prays twice."

No doubt in my heart that he has been received with open arms in paradise. It is natural to feel a great sense of loss at his passing, but we must not forget the many times and ways he has impacted our lives. His life and accomplishments should inspire us to be better to our fellow men, not for a reward in heaven, but because the world will be better off. 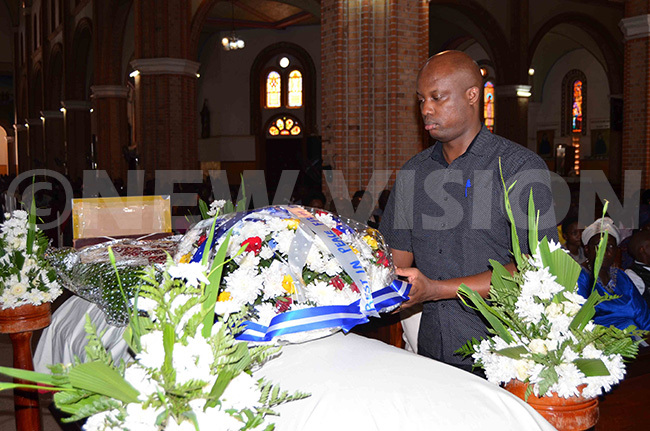 My family and I stand with you, members of the Babinaga family, as we lay our dear friend to rest.  But we should be consoled by the words of Hellen Keller, "What we have once enjoyed deeply we can never lose.  All that we love deeply becomes a part of us. "

May the good memories we shared with our departed friend continue to give us strength in the times we feel lost.

To Mr Pantaleo Babinaga, your counsel, friendship and wisdom will be dearly missed by all those lives you have touched.  May your soul rest in eternal peace.

Prof Mutebile sealed his message with a condolence fee of sh10m from the Central Bank and sh5m from his family.

The parish-priest of Christ the King Church, Kampala, Msgr Gerald Kalumba, who presided over the requiem mass,   asked Christians to emulate Mzee Pantaleo's religious commitment. "Mzee Pantaleo Babinaga has preached the gospel with total dedication during his 43-year sacred musical ministry with Christ the King Church Choir. The fact that he died seeking God in a retreat is a source of consolation for us."

The Chairman of Christ the King Church Choir, Felix Nsimoomwe described Mzee Panta as "a man who lived his life to the fullest and meant a lot to us as a choir." 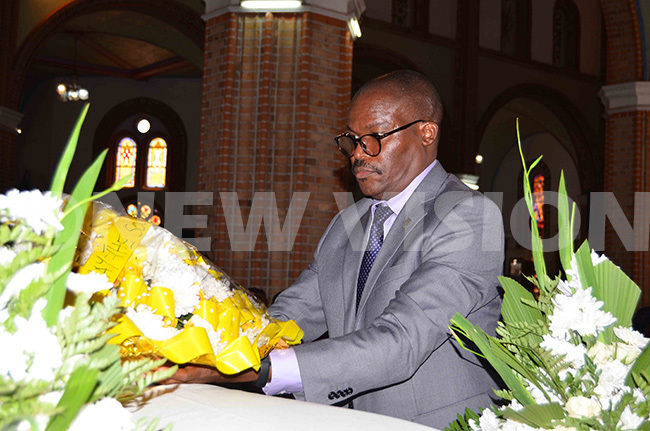 "Over a period of 43 years, Panta served in this choir with utmost devotion and dedication. He joined in 1976 and those who were there in the choir at that time remember a very handsome young and vibrant Mukiga young man. He joined as a tenor singer and anyone who has known Panta; he has been one of the best tenors of his time.

"He served the choir diligently to the last day and because of his seniority and diverse exposure and experience, he was normally selected to represent the choir at parish council, archdiocesan choir commitments, heading the choir's association -duties that he fulfilled. He was the choir's TV and Radio representative because he spoke with wisdom and his Queen's English was unrivalled."

Mzee Panta was laid to rest in Kabale on Saturday.

Mubajje agrees to reconcile with rivals