Kizito Luwagga is known for, among other qualities, a strong belief in his abilities. It has rubbed some the wrong way but Luwagga knows he would not have come this far if it wasn't for his self-confidence.

The 25-year-old faces a critical season with his return to Politehnica Iasi in Romania after a season-long loan at Bate Borisov and he had plenty to tell when he sat down for the Big Interview about what he sees ahead.

Q: You have just returned from a season-long loan with Bate Borisov. What is the plan for the upcoming season?

A: I'm returning to my club in Romania (Politehnica Iasi). They have got a new investor and have big plans for the upcoming season. The focus is to qualify for the Europa league. They want to build a stronger team and that is why they are not selling players now. There are two other players who have just returned from loan spells. One was at Steaua Bucuresti and the other was at Iran. And then me also.

Did you ever think you would come this far?

Of course, I had the dream of playing professional football. I did not care whether I went to Tanzania or what. But then when the opportunity came it was to go to Portugal at (FC Leixoes). I was overwhelmed. They told me you're going to be on trials for a week. If we like you we'll keep you. But the first training session was very challenging. We got to Portugal at around 1 pm and there was no one to pick us up from the airport. So we stayed there till 8 pm.

I had travelled with another youngster called Yasin. So together we were stuck there yet the first training session was early next morning. I was exhausted. But when they asked us if we were ready to train the next day, we had no option but to say yes. But I could only manage 15 minutes. The next day, our team had a friendly game but the coach (Jose Mota) did not use me. He gave me the last five minutes and that was it. I thought my chance was gone. Yassin played the whole game. When the coach saw me after the game he noticed I was sad so he came over to talk to me. He told me, I know you think you failed the trials but actually you passed. That is the reason I have not played you today. I'm convinced about you. I was ecstatic.

What advice would you give to a young Kizito, who dreams of making it to Europe?

When you go to Europe, you have gone to war - a war of the mind. You don't have to act up. You have to work really, really hard because you are playing in a foreign country. What they want from you is what you can do for their team. If they get a native who is almost as good as you, he will be taken. You have to be twice as good as the homegrown players to play. You need a good manager because there are so many things that we do not as players. So you need someone who can always give you good advice.

How was the experience at Bate Borisov?

It was awesome. I saw things that I only dreamt about. I played with Alexander Hleb, one of my favourite players when I was growing up. And what's interesting is that I initially did not talk to him but he is the one who liked my style and came and began talking to me. 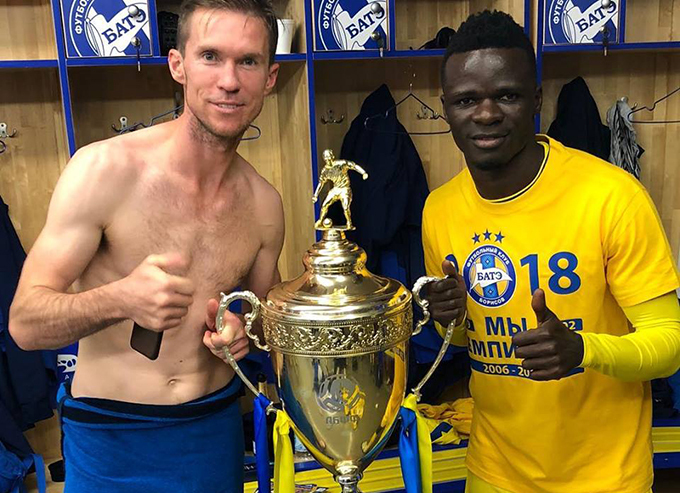 He comforted me when I could not get playing time; he explained to me that it would be hard for me to get playing time when I'm in competition for the same place with a national team player. So he advised me to find another club. We are still in touch even now.

What else did you learn from him, maybe, in terms of playing style?

To tell the truth, his things are complicated. It's hard to copy his game. He has a unique talent. The way he plays is so unpredictable and spontaneous you just cannot really imitate him. But I also learnt humility from him. He is very humble. If you did not know this is Alexander Hleb and you came to the team, you would know who he is. He is so quiet, so reserved and never does or says anything to show who he is. That shocked me.

What is your season target?

Well, the main aim now is to go back and fight to get into the first team. When I accomplish that then I will set another target.

What is the future between Luwagga and the Uganda Cranes? 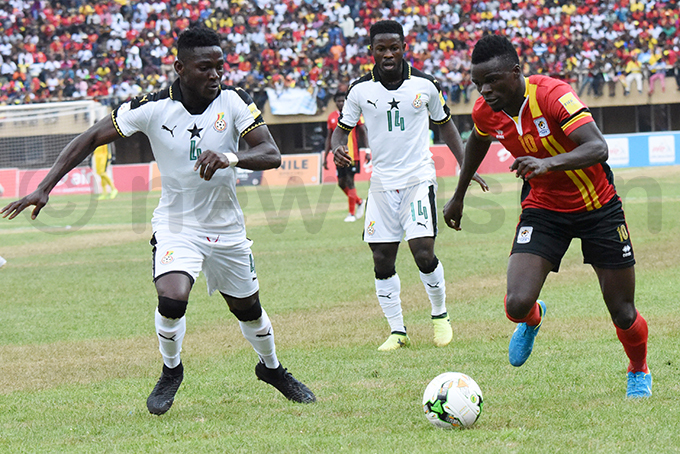 Kizito Luwagga in action for the Uganda Cranes against Ghana.

That was just the nature of my relationship Micho, we would have breakups and makeups. He would say sorry, I would say sorry and life would move on. Even after the Nations Cup, we talked and sorted everything out.

Do you see yourself becoming a regular for the current coach?

I cannot say whether or not I'll be a regular for the current coach but what I know is that every good coach wants to use the best players at his disposal. Therefore, it is up to me to play at a high level so that I put myself in a position to be selected.

Luwagga is very straightforward. He is not afraid to speak his mind or ask a question. I remember there was a time we were not getting played by coach Edward Golola and he said, ‘Let us go and ask the coach why he is not playing us'. When we did the coach told us, we worked on it and we started getting played. He is also very hard working, determined, disciplined and very respectful.

I would say he is technically a gifted player but he has not done enough to fulfil his potential. He hasn't reached the heights that we all expected of him. There have been Cranes' matches when he was supposed to be the main man but he did not take charge. But the good thing is that age is on his side. He has a lot of time to improve.

I first saw him when he was a young boy at St. Mary's Kitende and I asked him to join Bunamwaya although he was very scared and run away after his first day of training with the team. But I looked for him and brought him back because he was very talented, with a good touch and fearless on the ball. He was also a very good listener and that has helped him succeed.

Dream Moment: To play in the Spanish La Liga

Over 40,000 scientific publications free for Ugandans

Patent application in Uganda in relation to mobile and computer applications