MENU
Use problems, demands in your community to create jobs
Previous Story

Man supposed to protect animals charged for tormenting them

The offense is worth a penalty of not less than sh1m or serving five years in prison.

The offense is worth a penalty of not less than sh1m or serving five years in prison.

He was charged with protecting the animals, and taking care of his mother. However, he turned against the animals and killed them.

Now he will have to leave his mother and spend the next three years in prison.

"My mother is going to die of a heart attack without me!" sighed Denis Ocan, another suspect in the same case as he was being led back to Prison.

Simon Omwony, a Uganda Wildlife Authority (UWA) staff has been sentenced to three years in prison by Magistrate Stella Amabilisi at Buganda Road Court, after being found in pocession of: ivory, teeth of a hippo and a warthog.

"Omwony you are being punished for dealing in products of animals that you were hired by UWA, to protect," explained Amabilisi. "Worse still you did it well knowing that you benefit from the revenue got from tourism through a salary and other entitlements. The offense is worth a penalty of not less than sh1m or serving five years in prison."

On hearing his sentence, he sucked in a deep breath while the UWA manager prosecution Annete Tuheisomwe stressed that the suspect who has been found guilty deserves the punishment to serve as an example of the consequences of dealing in out lawed natural products.

"Omwony has served at the Ajai Wildlife center for eight years. His verdict is evidence that nobody is above the law," stressed Tuheisomwe. "This is in addition to educating the communities in the neighborhood of national parks that dealing in game meat or other products is punishable by the courts of law." 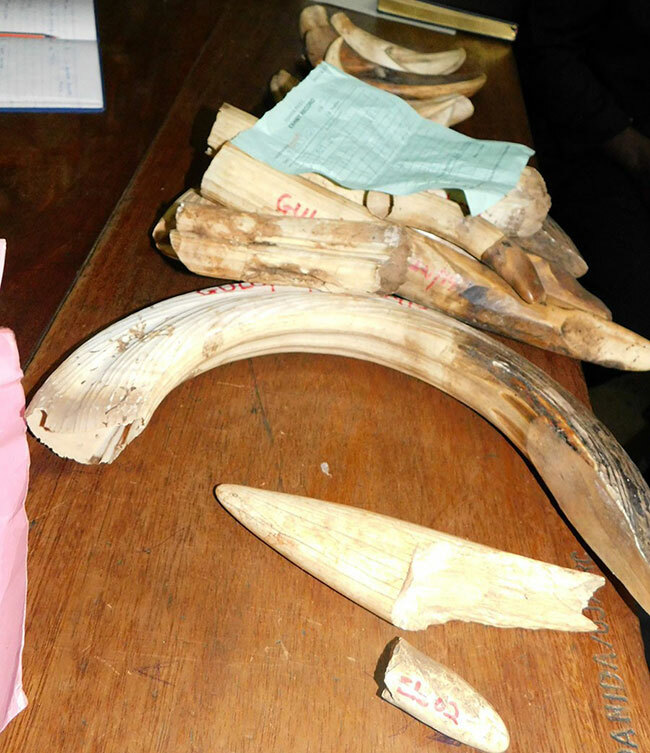 "Omwony has been accused of unwittingly fueling wildlife trade after being found with seven hippo teeth, two tusks and seven warthog teeth that have got him into trouble with the law. He could appeal against the verdict," summed up Tuheisomwe.

His co-accused Denis Ocan, whose case will be heard on a date to be fixed next month, burst into tears as he was hand cuffed and led to the bus by a Prison warder.

"My mother is going to die of a heart attack without me!" sighed Ocan under a deep sigh of breath.  "I was her provider and insurance in old age. The devil misled me. God help me.  I will not do it again!"

UWA spokesman Gessa Simplicious said it is a very sad occurrence for a custodian of wildlife turning into a tormentor.

"The suspect was nabbed while on leave. UWA will not spare any effort to see conservation restored to the pride it was before, otherwise we risk losing what we are endowed with," stressed Gessa.

"Poachers risk being caught up by the long arm of the law."

UNEB TO CRACK DOWN ON CHEATS