The Rotary district governor-elect, Francis Xavia Ssentamu (left) and Dr. Michael Oketcho of Uganda Heart Institute (UHI) talking to one of the patients at the heart institute on 28, January 2018. PHOTO: Godiver Asege 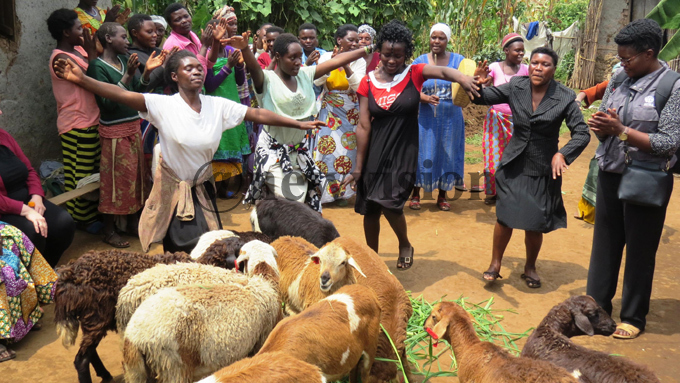 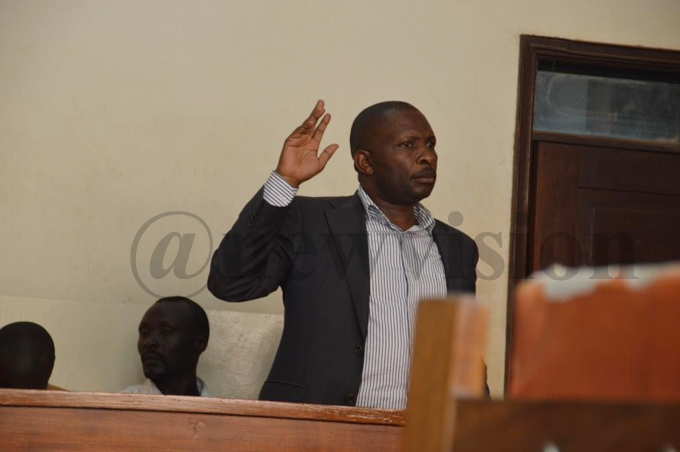 Imam Kagiko, the LCIV councilor of Katete Ward in Mbarara Municipality before grade one magistrate where he was charged with offensive communication under the computer misuse Act 2011. He is accused of insulting Mbarara Municipality Mayor Robert Mugabe Kakyebezi. PHOTO: Adolf Ayoreka 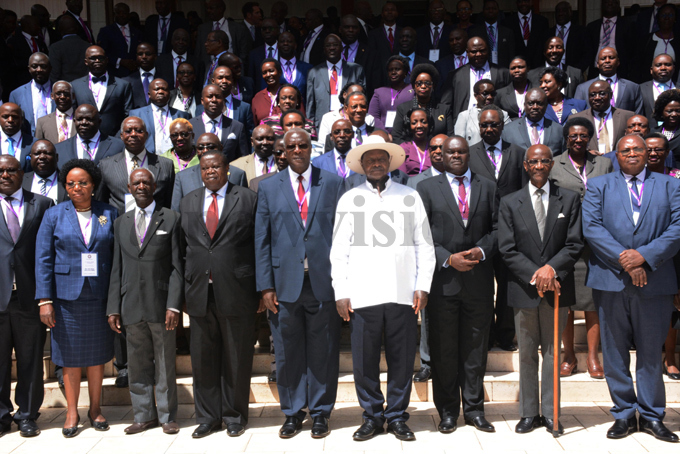 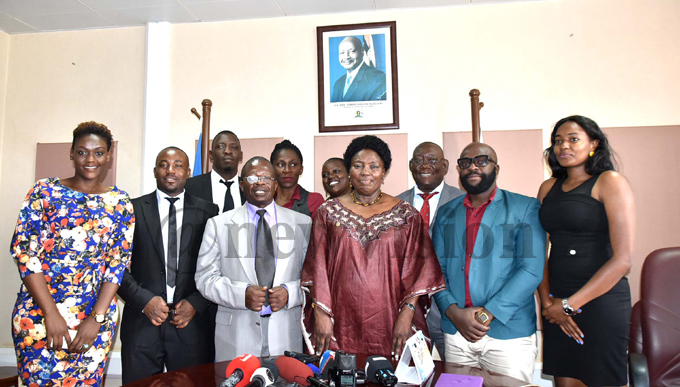 Federation of Performing Artists of Uganda led by their Chairperson Andrew Benon Kibuuka (in gray suit) pose for a photo with the Speaker of Parliament Rebecca Kadaga. PHOTO: Maria Wamala 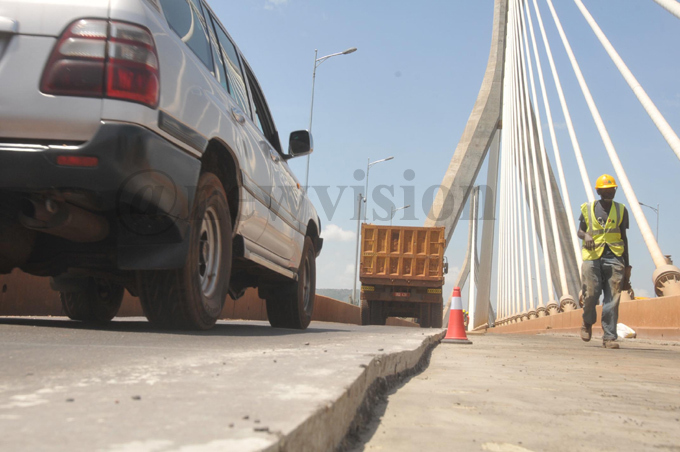 The 100-meter section at the Source of the Nile bridge in Jinja that has worn off, was still under construction, according to Uganda National Roads Authority. UNRA said the wearing course was a temporal layer ahead of putting a permanent asphalt (layer). PHOTO: Donald Kiirya 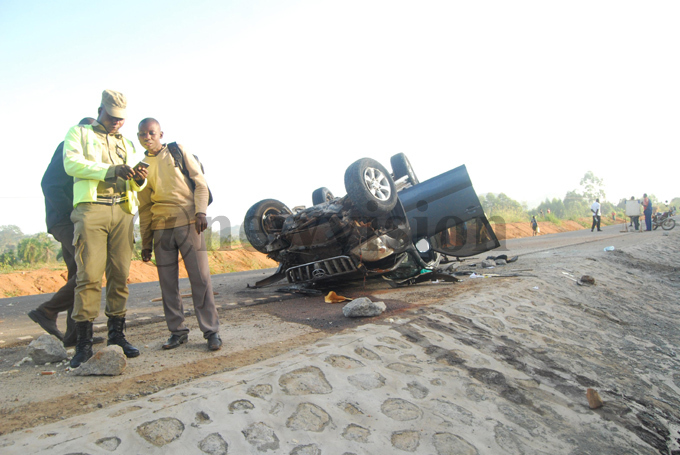 The wreckage of the car which George William Bizibu, the executive secretary of the head of the departed Asians Custodian board was traveling in at the time of the accident in  Kakumiro district. Bizibu is now hospitalised. PHOTO: Ismael Kasooha 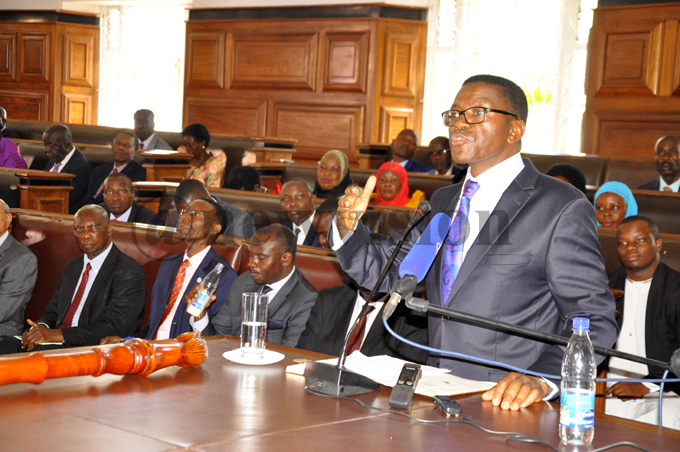 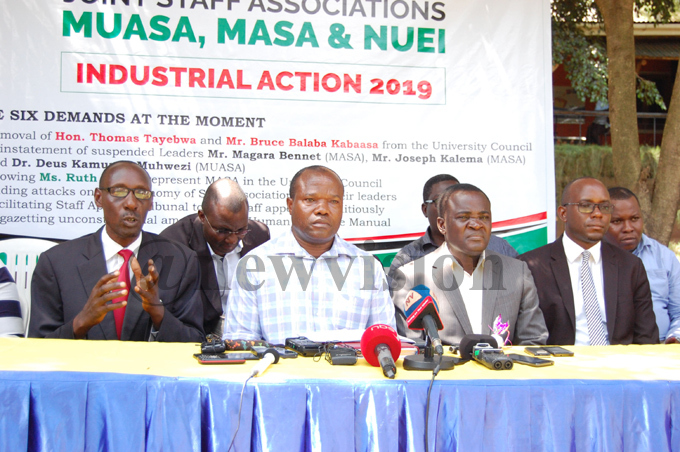