Lecture rooms have been empty at Makerere University as the strike rages on. Photo by Ashraf Kasirye

Makerere University staff has vowed not to resume work until vice chancellor Prof. Barnabas Nawangwe reinstates their leaders who were suspended.

Both the teaching and non-teaching staff laid down their tools following the suspension of the chairman of Makerere University Academic Staff Association (MUASA), Deus Kamunyu, chairman of the administrative staff Bennet Magara and secretary Joseph Kalema.

Nawangwe over the weekend through staff emails, directed them to resume work since he only suspended Kamunyu as an individual over indiscipline and not in his capacity as MUASA chairman. 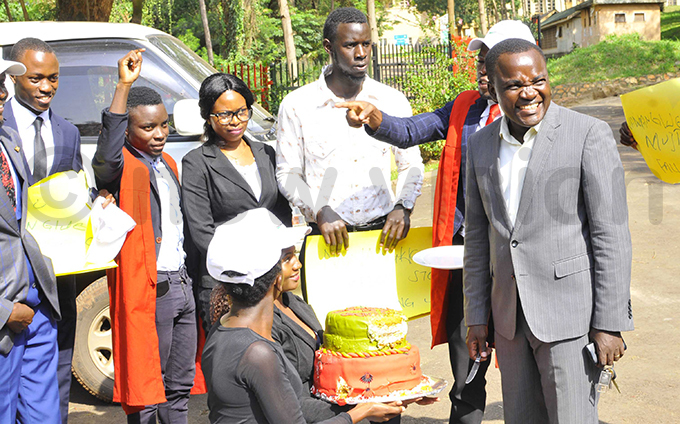 Students last week presented a cake to Kamunyu (left) who is under suspension. Photo by Wilfred Sanya

During a joint staff briefing at the university, the staff said they cannot be intimidated with suspensions when they are fighting for a genuine cause.

The MUASA vice chairman Prof. Edward Mwavu said their demands must be fulfilled by management for them to resume work.

Makerere University law dons have challenged the legality of the suspension of the leaders of staff associations.

In a four-page letter signed by 15 law dons, they argued that Nawangwe violated the Labour Unions Act 2006 when he suspended the staff leaders because they are protected by the labour laws to fight for rights of the union members. 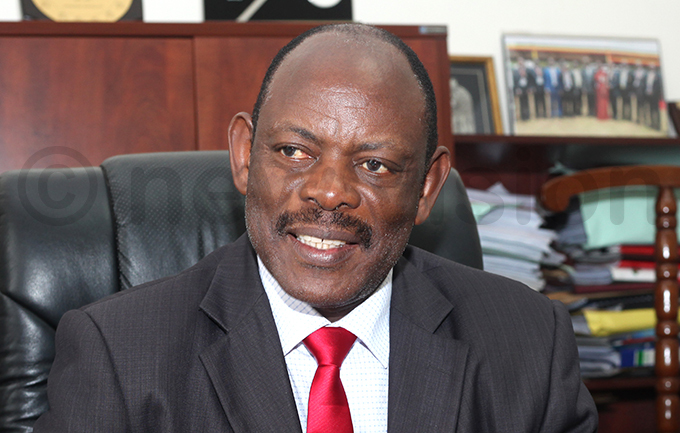 They further argue that the vice chancellor cannot suspend any staff member under the guise of disciplining them yet it is their constitutional right to express their views.

"Members are free to join and form trade unions of their choice and under the Labour Unions Act, Makerere must not interfere with, restrain or coerce an employee in the exercise of his or her rights under this Act. We advise the vice chancellor to withdraw the suspension of the association leaders," the principal of School of Law, Jean Barya said.

The voice of the people is greater than my interests