"We are steadily positioning Uganda as a preferred tourist destination in Africa."

"We are steadily positioning Uganda as a preferred tourist destination in Africa."

If you are a Ugandan and haven't travelled across much of the country, then you had better got down to it.

Why, you may ask? This very nation, named the Pearl of Africa, has been listed as one of the top destinations to visit before you die. So, if you are already here, you have the closest opportunity to check out what your country has to offer.

Millions of people out there would kill to take your place.

At the three-day New York Travel Show in the US, acclaimed best-seller writer Patricia Schultz listed Uganda as the 12th top places to visit before your time on this Earth is up.

Uganda's ranking in the top 1,000 places to see before you die saw it make it to the August 2019 calendar.

"Out of the 1,000, Uganda made it the top 12 in the calendar. We are steadily positioning Uganda as a preferred tourist destination in Africa and soon, we will have a bigger share of international tourists visiting Africa," he added. 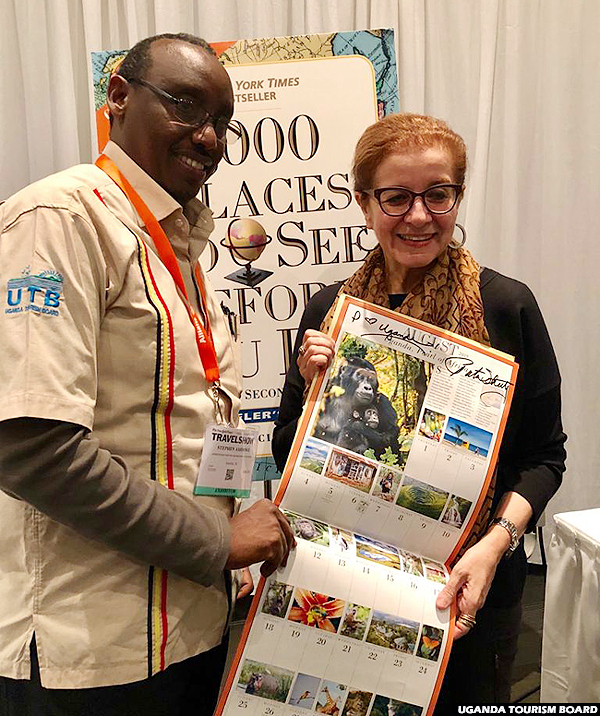 Schultz's article presented Uganda as a primate destination, gifted with more than half of the world's gorillas.

But the country's tourism profile is not limited to primates. Besides the Source of the Nile attraction, the East African nation has game parks, historical sites, foods and other attractions.

Uganda has previously been named the 5th best tourism destination by CNN.

Considered the biggest travel show in North America, the event brings together over 550 exhibitors from over 170 destinations, providing the perfect opportunity to market Uganda to the US.

Obsessions CD Launch For May