Rolando Dimitr excited fans with his stunts. PHOTOS: Johnson Were

Fans who braved a hot dusty day got value for money as there was tight competition in all classes.

The Mountain Dew National motocross championship started Sunday with a big upset. Whereas Aviv Orland and Stav Orland were unmatched in the MX125cc and MX85cc, Alon Orland was upset by Gift Ssebuguzi who won the 65cc class.

The Orland brothers team manager Evas Orland attributed the defeat to the bike.

"The bike switched off and took time for the mechanic to fix it, but it is a good start to finish second," she said.

"It was a good event. The accidents were just a few minor normal sporting incidents because riders got back on the bikes and completed their races save for Malcom Lubega who was referred to hospital," Clerk of the Course Joshua Mayanja. 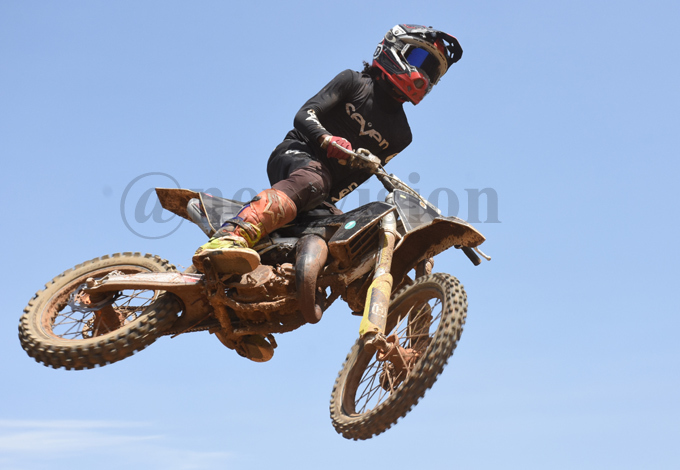 Stav Orland in action at Garuga

The event was co-sponsored by Mountain Dew, Uganda Lodges, Lato Milk and Vision Group under its Urban tv brand.