Museveni to judiciary: Prioritise within s...
Next Story

Security operatives in Masaka district are in a campaign to make the public aware of the risk of the deadly military artilleries especially landmines, that may be present in different communities.

This follows a bizarre incident last week when seven landmines were discovered in a residential area in Kyalusowe village, Mukungwe sub-county. The incident has since left residents there anxious.

Three builders, who were digging a foundation of a house, discovered a strange object underneath. After suspecting it could be deadly, they rushed to inform Police in Nyendo town.

Denis Kanakulya, the officer in-charge, immediately notified the UPDF's Armoured Brigade Unit at Kasijajirwa, which sent a team to retrieve them.

The builders had reported one object (landmine), but after thorough inspection of the place, six more were discovered.

Two landmines were detonated at the scene and others taken to diffusing centre at the army barracks.

The building owner, only identified as Ndagire,78, said they have been carrying out different activities around this area without noticing something deadly beneath.

Armoured Brigade
Maj. David Atwiine, the Armoured Brigade Intelligence Officer, said the very place where the landmines were discovered was formerly a barracks.

He added that they were left behind during the 1979 liberation war that toppled President Idi Amin Dada.

According to Atwiine, residents can now proceed with their activities because the place is currently free from bombs. He appealed to the public to be more careful and report suspicious items that may result into death.

He explained that the war left devastating effects, adding that deadly weapons were stashed underground and completely forgotten, yet they are dangerous to people.

He said the Police have rejuvenated campaigns to caution people to report unfamiliar items to authorities.

"In Masaka people have always complied and these items have been handled by armoured brigade experts wherever they have been recovered," he said.

According to Kigozi, these items are also common in Nakaseke district which experienced the 1986 liberation struggle. But people are cautious when they come across them. 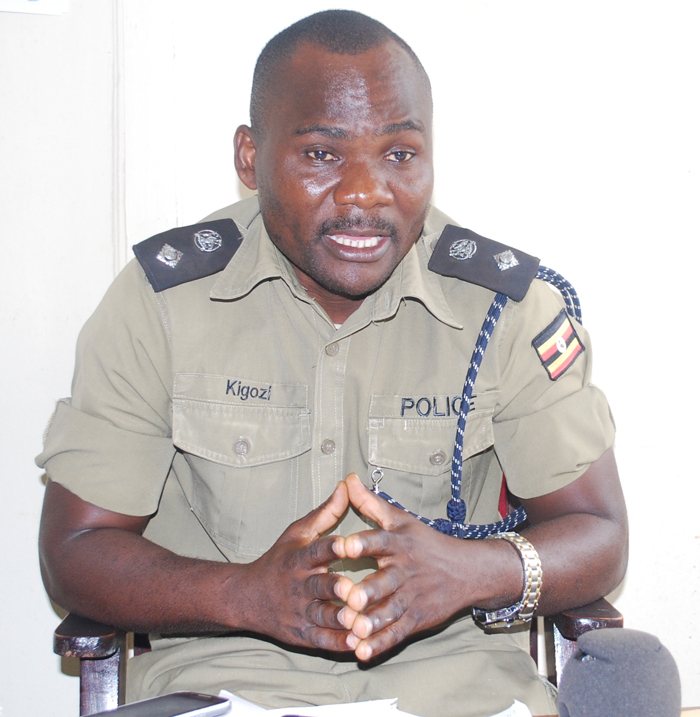 Residents speak out
Matia Busuulwa said that they have lived and worked in that place without noticing they were sitting on the mines.

Vincent Asiimwe said this discovery shocked them and most of the residents are still afraid to continue with their daily chores at the place.

Simon Matovu, another resident, said that even after the bombs were cleared, they are to be more careful to avoid any eventualities.

Past Incidents
In July 2009, a grenade was discovered at Malembo landing site in Kyanamukaka sub-county in Masaka.

A private security guard, who had gone for ease himself, in a bush discovered it.

Frightened, Clement Muwanga yelled, prompting all the dwellers to flee until the Police collected it and handed it to the armoured brigade unit.

In September (same year), two pupils of Kasijagirwa Army Primary School were killed by a landmine at the Armoured Brigade Barracks in Katwe-Butego Division.

The deceased were Maron Banyane, 16, and Birimuye Mugisha, 13. The boys stepped on the landmine as they took a short-cut through the barracks.

In July 2015, security operatives in Mateete in Sembabule district arrested a 30-year-old Edward Kawaawa for possession of hand grenade.

Kawaawa was suspected to be having connections with insurgents of the Allied Democratic Forces -ADF.

A hand grenade is a small explosive or bomb that can be thrown by hand and commonly used by soldiers, especially in war.