Muhammadu Buhari, an austere and pious former general, will take on wealthy former vice-president Atiku Abubakar at the polls next month.

Muhammadu Buhari, an austere and pious former general, will take on wealthy former vice-president Atiku Abubakar at the polls next month.

PIC: A street vendor sells food in Lagos next to campaign posters of Nigeria's incumbent president and candidate from the ruling APC party, Muhammadu Buhari and his vice-president Yemi Osinbajo. (AFP)

Corruption is taking centre stage in the run-up to Nigeria's presidential elections, with the incumbent accused of failing to tackle the scourge of graft and his challenger facing claims about his past.

Muhammadu Buhari, an austere and pious former general, will take on wealthy former vice-president Atiku Abubakar at the polls on February 16.

Both are ethnic Hausas, Muslims from the country's north.

Buhari, who rose to power in 2015 on a promise to eradicate the "cancer" of graft gnawing at Africa's most populous nation, has cultivated an image of blamelessness.

Bola Tinubu, Nigeria's political "godfather" closely allied with Buhari, earlier this month described him as "a straight and honest man".

"Leave a naira (local currency) on the table with Buhari in the room. You will find the naira on the table when you return," he said, in a thinly veiled criticism of Abubakar.

For his part, Abubakar is alleged to have amassed several hundred million dollars by misusing public funds as vice-president under Olusegun Obasanjo between 1999 and 2007 -- yet he has never been investigated in his own country.

"On the issue of corruption, I have challenged anyone, anywhere, who has any evidence of corruption against me to come forward," Abubakar has said.

"I will shock everyone because I believe that I will fight corruption like never before."

But in the United States, Abubakar's name has popped up in a Senate investigation into money laundering.

It charged in a 2010 report that US national Jennifer Douglas, Abubakar's fourth wife, "helped her husband bring over $40 million (35 million euros) in suspect funds into the United States through wire transfers sent by offshore corporations to US bank accounts."

The couple are also accused of having received more than two million dollars in commissions for a contract with German industrial giant Siemens, which has since pleaded guilty in the case. 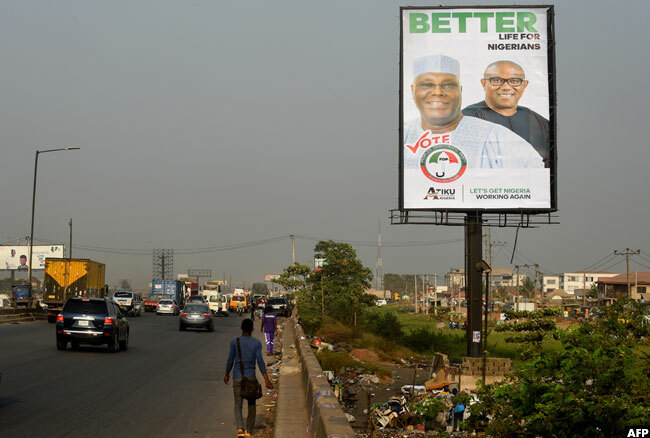 But this week Abubakar put paid to rumours that he was subject to a visa ban and unable to travel to the US by jetting to Washington for meetings with American counterparts.

Abubakar told AFP last year he would retain no stakes in his various companies if he is elected president.

Verifying his pledge to stand aside will be difficult in the opaque economic system in Nigeria, which global watchdog Transparency International ranked in the 148th place of a total 180 countries for corruption in 2017.

His spokesman in 2015 said the president had "an austere and spartan lifestyle", unlike other Nigerian politicians who have amassed wealth during their careers.

But Buhari, who vowed to usher in more transparent and accountable government, has come under harsh criticism for an apparent lack of progress in the fight against graft.

Steps in the right direction have included two essential reforms -- a single Treasury account for all government revenue and the introduction of a biometric identification system in banks to better trace clients and transfers of funds.

"Those are the two areas I commend the government," said Saadatu Falila Hamu, a specialist anti-corruption lawyer based in Abuja.

"But despite this, the government has focused their fight against corruption on people of the opposing political parties." 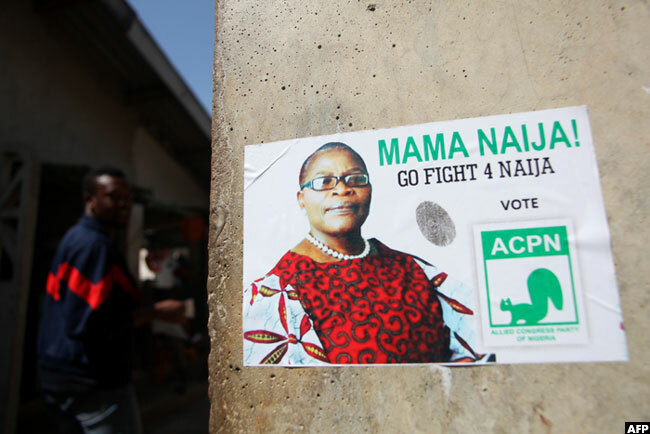 In November, EFCC director Ibrahim Magu boasted having seized the equivalent of $2.3 billion as well as sumptuous villas, jewellery, and cars -- but often outside legal procedures.

Buhari has pledged to review all oil exploitation contracts to be renewed after this year.

Such an electoral promise "can either lead to total chaos in the industry or lead to sanity", said analyst Soji Apampa.

Nigeria depends on oil sales for 70 percent of its revenues.

In 2013 under president Goodluck Jonathan, the head of the central bank reported a $20 billion shortfall in revenue -- a scandal that helped bring about Jonathan's fall and Buhari's election in 2015.

"Imagine a broken pipeline with all of Nigeria's resources flowing through it. Instead of fixing the hole, you bring a man with a whip" to deter people from stealing, Apampa said.

"We haven't seen a government with an elaborate plan" to repair the pipeline, he added.

Christians told to pray for the end of COVID-19