Could alcohol have ended the life of elder...
Next Story

A recent ruling by Kadaga to have parliamentary commissioners elected saw the return of the debate on the independents.

A recent ruling by Kadaga to have parliamentary commissioners elected saw the return of the debate on the independents.

MALTA - Speaker Rebecca Kadaga has asked Commonwealth parliaments to pay attention to independent members, who she said are laying increased claim for wider space in the multiparty arrangement.

In a meeting to set the agenda for the bi-annual Commonwealth Speakers and Presiding Officers Conference in Canada in 2020 in Malta, Kadaga said focus should be on better handling of the rights of independent MPs.

"I brought up the topic of the independents within the multiparty system because Parliament of Uganda is unique, in that we have over 200 members of the ruling party, we have the official opposition who are 36 and we have 69 independents," she said.

"That creates logistical problems in how to manage the House and I have told my colleagues that we discuss that topic in 2020 so that we can assist one another in case other parliaments have the same challenges." 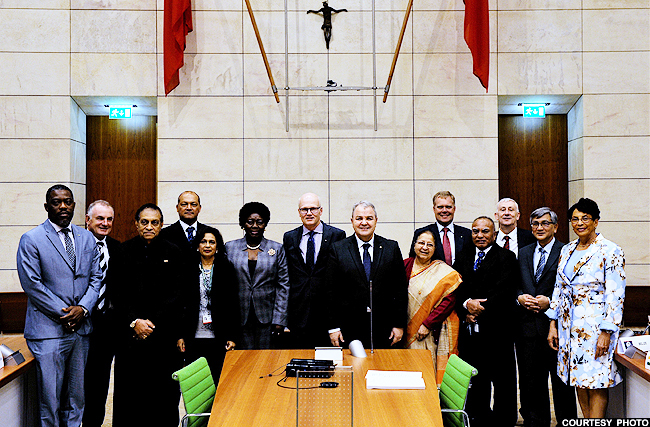 Kadaga with a section of Speakers from the Commonwealth countries in the Chambers of the Parliament of Malta, Valletta

The Commonwealth Speakers and Presiding Officers Conference was created in 1969 with a fully-fledged secretariat in Canada and meets biannually.

The conference aims to encourage fairness and impartiality on the part of presiding officers of parliament, promote knowledge and understanding of parliamentary democracy and develop the institution of parliament.

A recent ruling by Kadaga to have parliamentary commissioners elected saw the return of the debate on the independents, who now say they have to be represented at the institution's highest decision-making body.

Currently, the commission is exclusive to the ruling National Resistance Movement (NRM) MPs and the opposition Forum for Democratic Change (FDC).

At a recent interface with journalists, independent MP Andrew Baryayanga (Kabale Municipality) said he is finalizing a Private Members' Bill, which he said includes proposals for the election of the Chief Opposition Whip and Leader of the Opposition, but also a slot of independent MPs in the commission.

Baryayanga currently leads the independents, but a proposal to create an official portfolio for such a leader met stiff resisance from the Opposition and has since been shelved.

The meeting, Kadaga said, agreed to her proposal and adopted the issue of independents as a major talking point for the 2020 conference.

She equally succeeded in canvassing support for the cyber harassment of MPs to be included in the six-item agenda.