Three dead after Sudan protest as crowds c...
Next Story

The Independent National Election Commission gives Tshisekedi 38.57% of the vote, ahead of Fayulu with 34.8%.

The Independent National Election Commission gives Tshisekedi 38.57% of the vote, ahead of Fayulu with 34.8%.

PIC: Supporters of Felix Tshisekedi celebrate with talcum powder outside the UDPS headquarters in Kinshasa. (AFP)

Foreign leaders reacted cautiously to the outcome of DR Congo's presidential election Thursday, with many choosing not to congratulate the man declared winner and appealing for disputes to be settled peacefully.

The Independent National Election Commission (CENI) gave Tshisekedi 38.57 percent of the vote, ahead of Fayulu with 34.8 percent.

UN Secretary General Antonio Guterres urged all sides "to refrain from violence and to channel any eventual electoral disputes through the established institutional mechanisms," his spokesman Stephane Dujarric said. 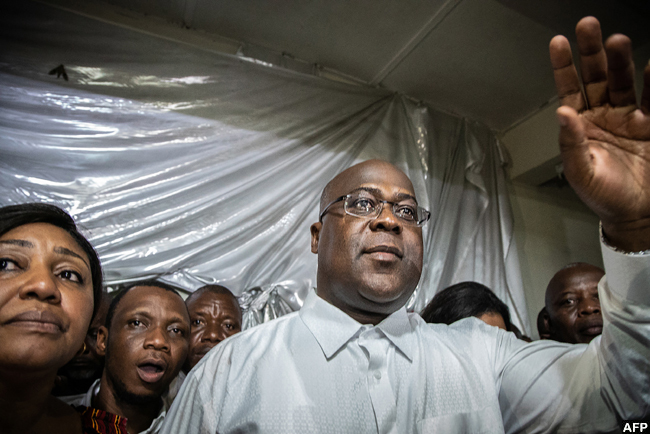 Felix Tshisekedi gestures as he is surrounded by his wife, relatives and supporters of his UDPS party, a few minutes after he was declared winner of the DRC presidential election

"It is important that any disagreement over the proclaimed results, notably that they did not reflect voters' wishes, be resolved peacefully, by turning to the relevant laws and through political dialogue between the parties involved," he said.

His statement notably did not congratulate Tshisekedi, whose victory has been met with accusations that he had struck a deal with Kabila.

In contrast, President Cyril Ramaphosa of South Africa, one of the key players on the continent, urged interested parties to "refrain from speculation and allow CENI to complete the process".

The United States demanded "clarification" over the result while congratulating "courageous" Congolese voters.

"The National Independent Electoral Commission has announced provisional results, but we await clarification of questions which have been raised regarding the electoral count.

"We urge all stakeholders to remain calm as the process continues," State Department deputy spokesman Robert Palladino said in a statement.

He also noted the "importance of President Joseph Kabila's decision to abide by his constitutionally mandated term limits and transfer power to a successor". 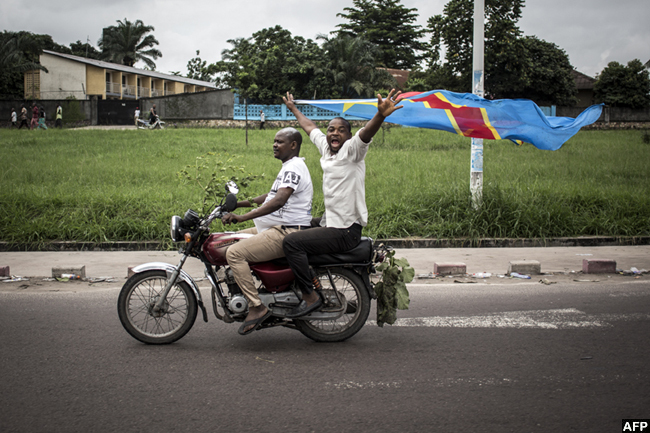 The European Union said it was waiting for the verdict of election monitors.

"We have also noted that these results have been contested by part of the opposition," said EU spokeswoman Maja Kocijancic.

"In the meantime we call on all political actors in DRC to abstain from any kind of act of violence and allow for the democratic process to continue," she said.

France however broke ranks to challenge the official result.

"It really seems that the declared results... are not consistent with the true results," Foreign Minister Jean-Yves Le Drian told CNews television.

"On the face of it, Mr Fayulu was the leader coming out of these elections," he said.

The DRC's Catholic Church, he argued, had reached the same conclusion after garnering data from its 40,000 election observers across the country.

The church itself has so far only said that the official results did not reflect the data its observers collected from polling stations.

It has not published the name of the candidate that, in its view, was the true victor.

Where Kasikis have gone crazy

Teacher in trouble over nudity show