His father Etienne founded the country's oldest and largest opposition party, the Union for Democracy and Social Progress (UDPS).

His father Etienne founded the country's oldest and largest opposition party, the Union for Democracy and Social Progress (UDPS).

The son of DR Congo's veteran opposition leader, Felix Tshisekedi has taken the prize that eluded his late father -- the presidency.

On Thursday he was named by election officials as the provisional winner of an historic election in the country.

He is the head of the Union for Democracy and Social Progress (UDPS), a party founded by his father Etienne who spent decades as the country's main opposition leader but died in February last year.

His father Etienne founded the country's oldest and largest opposition party, the Union for Democracy and Social Progress (UDPS) and went on to spend decades as the country's main opposition leader but died in February last year -- with Tshisekedi junior taking over.

Known to his friends as "Fatshi", the portly 55-year-old is set to replace President Joseph Kabila, who has ruled the volatile, poverty-stricken nation with an iron fist since 2001.

But for a while, it looked like he wouldn't even to be on the ballot. 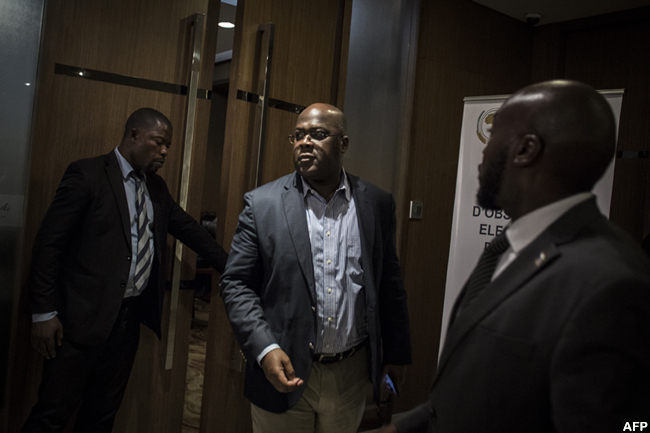 Tshisekedi arrives for a joint meeting with the main presidential candidates and the African Union on January 2, 2019 in Kinshasa

But the deal drew a furious response from his supporters, prompting him and fellow opposition leader Vital Kamerhe to abandon the deal and run on a joint ticket, effectively weakening and splitting the opposition.

The pair had previously agreed that if they won, Kamerhe would become Tshisekedi's prime minister.

Since his father founded the UDPS in 1982, the party has served as an opposition mainstay in the former Belgian colony -- first under dictator Mobutu Sese Seko, then under Kabila's father Laurent-Desire Kabila, who ruled from 1997 until his death in 2001.

A father of five, Tshisekedi goes to the same Pentecostal church as Fayulu in Kinshasa, the capital.

Although Tshisekedi does not enjoy the same degree of popularity as his father, he has risen steadily through the party ranks.

"Etienne was stubborn and proud," said one keen observer of the country's opposition. "Felix is more diplomatic, more conciliatory, more ready to listen to others." 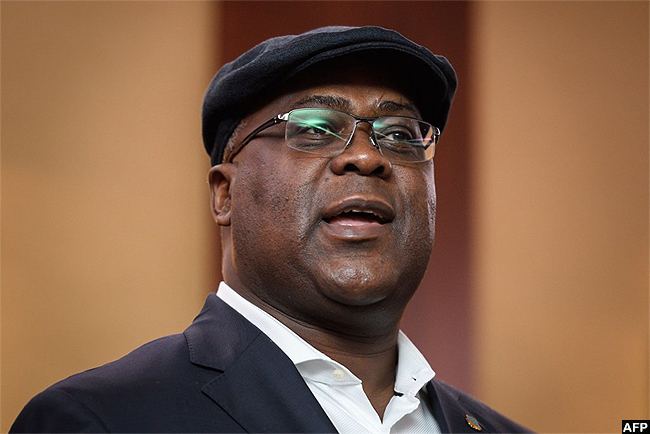 In 2008, he became national secretary for external relations and was elected to the national assembly in 2011 as representative for Mbuji-Mayi, the country's third city.

However, he never took up his seat as he did not formally recognise his father's 2011 election defeat to Kabila.

A month after his father's death, Tshisekedi was elected as party head.

Although he holds a Belgian diploma in marketing and communication, his opponents point out that he has never held high office or had managerial experience. And some detractors have even suggested his diploma is not valid.

After announcing his bid to run for the presidency, Tshisekedi promised a return to the rule of law, to fight the "gangrene" of corruption and to bring peace to the east of the country.

Mrs Museveni will not seek re-election as MP