KAMPALA - THE Police Flying Squad crew has finally arrested a suspected robber who recently gunned down his colleague as he was fleeing the scene in Bukomero town Council in Kiboga district.

Sources say, Tamale was arrested alongside his yet to be identified colleague with whom he was hiding in Bukomero, Kiboga district.

The incident took place on Wednesday morning at around 10: 45am.

Police say that after succeeding in their mission, one of the robbers incidentally shot himself in the leg as he was fleeing the scene.

"On realising that their colleague could not run anymore, Tamale precisely stopped and poured a rain of bullets onto him with intent to destroying the evidence. Later, together with his accomplices, vanished to a nearby bush," said Norbert Ochom, the regional Police Spokesperson.

He added that robbers also shot one of the residents, identified as Umar Kayemba, on his hand.

"While the thugs were running away with the bag that contained the money, they shot at Kayemba but fortunately, the bullet hit him on the hand and he is currently undergoing treatment at one of the clinics in the area," says Ochom. 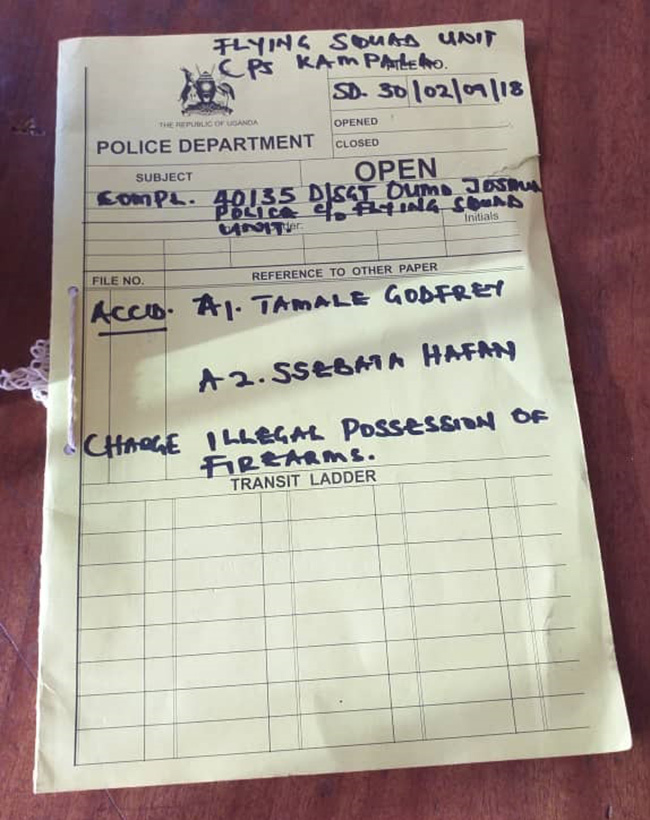 Ochom adds that the angry residents also managed to capture one of the yet to be identified robbers, and lynched him to death.

He further reveals that when they reached at the scene, they managed to seize two motorcycles, which the robbers had prepared to use after executing their deadly mission.

Police also say, by the time Mayanja was attacked, he was traveling in his Toyota Premio registration number UAT 217S.

A source in Police told New Vision, Tamale and his colleague are currently being detained at the Special Investigations Unit, based in Kireka, as investigations into the matter under case file vide CRB: Bukomero 209/2018 continue.

The two had allegedly fled with the gun and the bag that contained the money after the mission.

Two cars up for grabs in Airtel-FUFA football awards