Gabon: half a century ruled by Bongo family

Following the events of Monday in Gabon's capital, let's have a look at the highlights in the history of the small central African country.

Following the events of Monday in Gabon's capital, let's have a look at the highlights in the history of the small central African country.

PIC: Gabon's President Ali Bongo arrives at the congress centre for the opening ceremony of the 13th Summit of Francophone countries attended by some 70 nations in Montreux on October 23, 2010. (Credit: AFP)

Since independence in 1960, Gabon has had only three presidents including a father and son from the Bongo family who between them have held power for more than five decades.

Here are highlights in the history of the small central African country. He dies in 1967 and is succeeded by his deputy, Albert-Bernard Bongo, installed with the help of France.

Bongo sets up a one-party state, ruling with an iron fist and benefiting from oil exploitation.

He converts to Islam in 1973, changing his name to Omar Bongo.

A multi-party system is introduced after social unrest and riots in 1990 but Bongo nonetheless wins the elections in 1993, 1998 and 2005. Poll results are disputed or followed by unrest.


From father to son

Bongo dies from illness in June 2009 and, after a controversial election that August, one of his sons, Ali Bongo, is sworn in as president in a ceremony boycotted by the opposition. 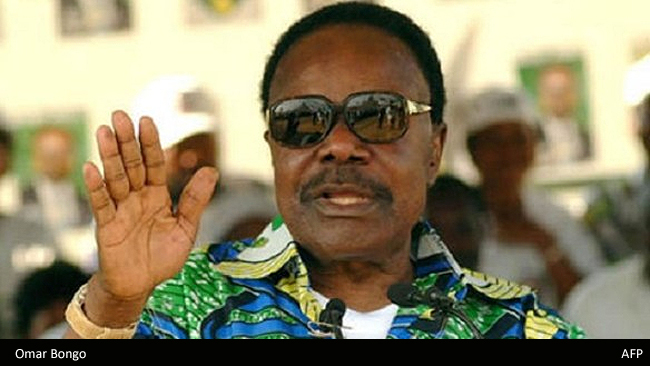 Despite an opposition challenge, the constitutional court approves the election results but there is deadly post-poll violence and looting in the western oil hub, Port-Gentil.

Violent clashes in December 2014 pit opposition supporters against security forces during a banned demonstration to demand Ali Bongo's departure. Officials say one person was killed, while the opposition puts the death toll higher.

In 2014, Ali Bongo is plunged into a controversy triggered by a French journalist's claim that his birth certificate is forged and he is originally Nigerian, adopted by Omar Bongo during the Biafra war in the late 1960s.

Vigorously denied, the scandal is used by Bongo's opponents to dispute his eligibility for office, with the constitution requiring presidential candidates to have been born in Gabon.

The dispute leads to several legal proceedings in France and Gabon.

Before the August 2016 presidential election, the opposition again uses it -- in vain -- to call for the invalidation of Ali Bongo's candidacy. 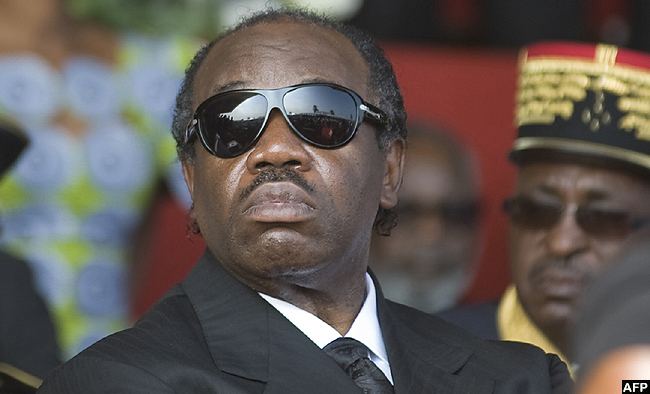 The 2016 vote takes place in a tense climate after strikes in the private and public sectors, notably in schools and hospitals, and the regime battling budget problems amid plummeting oil prices.

When the electoral commission announces Bongo has won, an unprecedented wave of post-election violence breaks out.

Hundreds are arrested, the national assembly is set ablaze and security forces storm Ping's headquarters. The unrest leaves three people dead, according to authorities, although the opposition estimates around 30 are killed.

In the only election since then, the ruling party Gabonese Democratic Party (PDG) wins a large parliamentary majority in long-delayed legislative polls in October 2018. 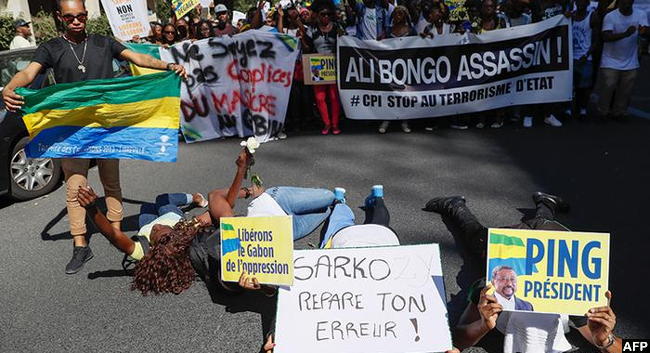 Bongo falls ill in October while in Saudi Arabia to attend an economic forum, remaining out of his country since then and transferred to Morocco for treatment.

The first official details about his illness are only released on December 9 when Vice President Pierre Claver Maganga Moussavou says he has suffered a stroke.

The lack of information sparks fevered speculation that Bongo is incapacitated or even dead, with the demise of his father in a clinic in Spain 10 years earlier also shrouded in secrecy.

Ali Bongo addresses his compatriots for the first time in a video message released on December 31 and recorded in Rabat in which he says he is "better" and was "preparing to meet you again soon."