Jacky Nantumbwe, a mother of three bought two mosquito nets from Kikuubo, a business hub down town in Kampala, few months back.

One for the couple and the other, for children, to her disappointment, few days of hanging it on the beds, they were inefficient.

"Whenever I switched off lights, mosquitoes began buzzing and making uncomfortable sound, I would switch on the lights, only to find them swamped inside the net and on walls," she recalls.

Weeks later, her one-year old daughter fell ill and was diagnosed with malaria.

"This is when I suspected these mosquito nets were not treated. I abandoned them; in the meantime, we are not using any mosquito nets, because I do not know how to differentiate between fake and genuine ones," Nantumbwe assures.

Speaking during a national dialogue on importation of quality malaria commodities held in Kampala in November 2018, Dr. Atwine was very furious over untreated mosquito nets that are illegally being imported into the country.

The dialogue attended by stakeholders from the private sector was organised by Coalition for Human Promotion and Social Development (HEPS) in partnership with the Ministry of Health.

It was under the theme: "Mass action against malaria (MAAM) for a malaria free Uganda, where malaria is everyone's business.

The meeting's main objective was to; strengthen and harmonize in country quality assurance mechanisms to ensure quality assured affordable commodities in the private sector. The commissioner then wrote to all customs officers to refer all mRDTs to National Drug Authority (NDA) and LLIN imports to Uganda National Bureau of Standards (UNBS) before clearance.

"Bringing in untreated mosquito nets beats the purpose; it means those who access such nets are not protected from the parasite, and stand high chances of falling sick with malaria, making it hard to eliminate the disease we are working so hard to do away with," Dr. Atwine points out.

"We need to have treated nets not only for the beds, but also for the windows that is how we are going to deal with malaria. The President is annoyed with us, he thinks we are not serious in the fight against malaria," she adds

Through the implementation of these interventions, Uganda has made great strides in reduction of malaria related mortality and morbidity. 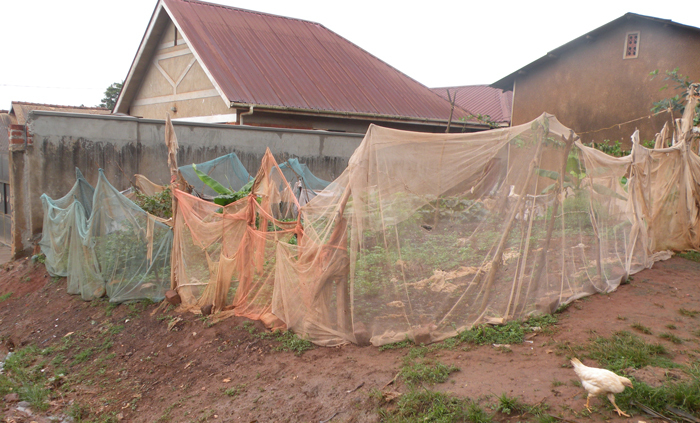 "Implementation of these interventions has been hindered by non- quality commodities on the market, more so in the private sector where about 50% of malaria cases are treated and managed as a result of gaps in the quality control mechanisms," says Dr. Atwine

How untreated nets affect the country's effort in eliminating malaria
Dr. Jimmy Opigo, the national malaria control programme manager explains that use of insecticide-treated mosquito nets (ITN) is one of the crucial preventative measures deployed to control malaria not only in Uganda but globally.

"Untreated mosquito nets provide limited physical barrier between a mosquito and human being, protection becoming minimal and can still bite through the net or get inside the net following improper use, and through that bite by the parasite, a person may develop an infection and get the disease," Dr. Opigo notices

On the other hand, those treated with insecticides provide better and effective protection by keeping away mosquitos as well as killing them.

He explains that malaria treatment is very important, but if not treated in a short time after the tests have been confirmed positive, it becomes complicated, one may need to be put on drip, but can also kill. "If malaria is left untreated, it can lead to malaria, seizure, and coma and at worst, death," he confirms.

For all types of malaria, people are infected with the parasite through a mosquito bite.

If you are unlucky enough to get an infection, you can expect fever, shivering and vomiting but if left untreated, can lead to anaemia, seizure, coma and even death.

Uganda is the 9th highest malaria burden country in the world. It is estimated that every year, malaria contributes up to US$200million in lost income to the Ugandan economy.

Uganda making great strides in eliminating malaria
For several decades, malaria has been the leading cause of sickness and death in Uganda, claiming over 150 lives daily.

Recently, the World Health Organization (WHO) released a report which revealed that global efforts in fight against malaria have hit a snag as it reported there were more cases of the killer disease in 2017 than the previous year.

The report showed that the number of malaria cases climbed to 219 million last year, two million higher than 2016, while international funding has declined.

Further still, the report indicated that five countries accounted for nearly half of the cases: Nigeria (25 percent), DR Congo (11 percent), Mozambique (five percent), and India and Uganda with four percent each.

Dr. Opigo admits that according to 2016/2017 data, there was indeed increase in malaria cases stemming from two factors.

One, an upsurge in the number of refugees coming into the country brought a lot of malaria; second, there were also two epidemics in Kisoro district (South-Western Uganda) and Northern region. 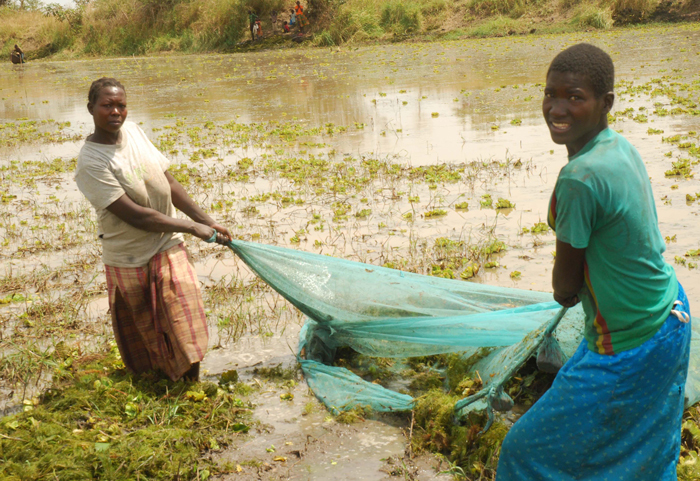 He however revealed that this year (2018), malaria cases reduced by 50%, also deaths reduced by 50% as a result of different interventions mentioned above.

"As a result, there are no malaria medicine stock outs. We have a one year anti-malaria drugs stock in all health facilities. We have also cut supply from Global Fund on malaria funding by U$10m (about sh38b), he revealed

Statistics
Millions of people continue to suffer from malaria every year globally, although there has been significant progress in scaling up access to bed nets, anti-malarials, and other preventative measures, malaria stills claims the lives of over 400,000 people in the world's poorest countries every year.

Around 90% of estimated deaths from malaria happen in sub-Saharan Africa, which Uganda is among; many of them are young children. To address this, the World Health Organization has set a target to cut malaria cases and deaths by at least 90% by 2020. 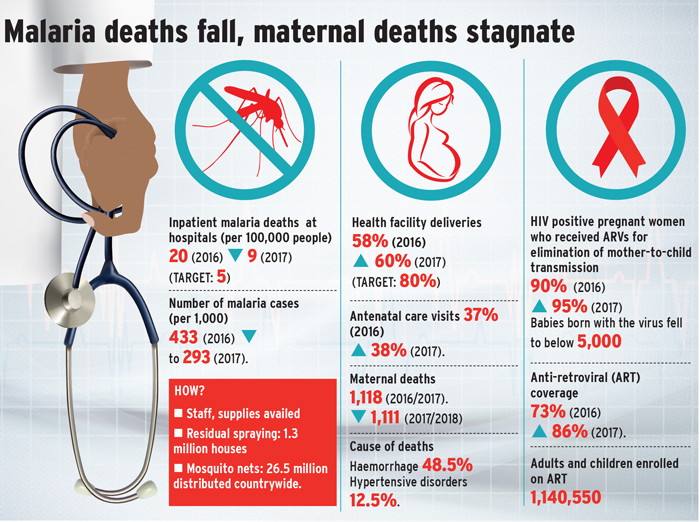 Why some people shun treated nets
Apio Josephine, 30, says received two nets from government in 2017 as part of the campaign to eliminate malaria in the country, where 24million nets were given out.

After getting them, she dried them in the sun as advised to destroy the chemical potency of the net, but still got an allergic reaction

"I dried them in the sun for one day, and the following day, hanged them on the bed. In the middle of the night, I started feeling uncomfortable, the face was itching, and I was running short of breath because I'm asthmatic," she recalls

"The next day I woke up when my face was swollen, but fortunately, during the course of the day, the rush had disappeared.  But I stopped using the net. I make sure I clear the bush around my house, no stagnant water sources, close doors and windows early. These are some of the measures I'm using to keep mosquitoes away," she points out

Peter Mwesigye, a banker says the nets distributed by government are made from rough materials, so after getting them, he abandoned them and instead bought soft, fancy ones.

Soft ones are quite expensive, depending on where one buys it, some cost as much as sh 120,000, sh150, 000, but the issue is, many Ugandans cannot afford these ones, so they rely on government given ones. 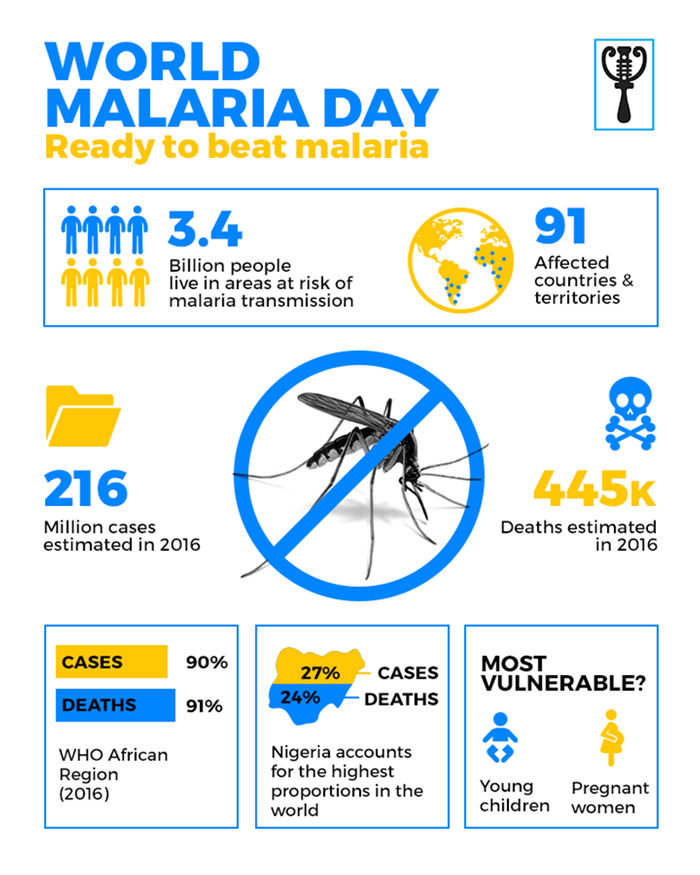 Misuse of nets
As government continues to revise ways on how to reduce malaria deaths in the country, use of treated insecticide nets continue to be grossly abused in different parts of the country especially in rural areas.

Some people use the nets to fence off their gardens, poultry farms; some use them for fishing, shelter their grass-thatched houses, cover nursery beds, while others use them to inhibit insects from attacking and destroying their crops.

This utter misuse has angered officials from the ministry of health as well as the President.

In the course of the year, the minister for state in charge of general duties, Sarah Opendi while at a meeting in Mpigi district directed police to arrest and charge whoever will be found misusing mosquito nets.

Over pricing of anti-malarial drugs
Untreated mosquito nets are not the only problem the PS was mad about, but hiked prices for anti-malarial.

She says co-payment initiative has been grossly abused by traders, adding that she will not tolerate any traders selling the green leaf Artemisinin-based combination therapy (ACT) beyond sh3,000.

"All those selling the ACTs to markets outside the country are cautioned, and those selling beyond sh3,000 are doing so illegally. We shall get the deal and give it to other people," the PS warned

She says hiking the antimalarial prices prevents many Ugandans from accessing medicines making it hard to treat it and also eliminate it in the country.

The President is much involved in malaria fight
President Yoweri Museveni has on several forums called on political leaders and district medical officers to maximize efforts to eradicate malaria.

He also said that there should be mass action by all stakeholders, including all households and communities, in the eradication of malaria.

At one of the meetings, President Museveni said;
"I direct all the District Medical Officers to maximize efforts to eradicate malaria. It affects the health of our people. It is a disease of the poor and it is also a cause of poverty. 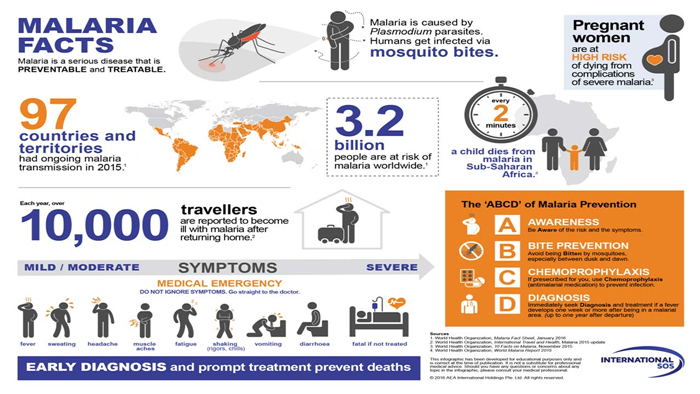 Malaria causes illness, cripples and kills. Prevention of this disease is very important. It is a big constraint to economic development. In 2017, 9 million people were infected and 5,100 people killed," he said.

During the launch of ‘Kick malaria out of Uganda' campaign in April last year, the President also charged at ministry of health officials for failing to eradicate the disease saying they are lazy and failing to perform effectively.

He commended WHO during World Malaria Day commemoration of 2018 for the support given to the country over the years.

Uganda can make it
Uganda can eliminate malaria completely, and be like Paraguay, the first country in the Americas to do so in the 45-years or be in the category of countries such as Argentina, Azerbaijan, Costa Rica, Georgia, Iraq, Kyrgyzstan, Oman, Sri Lanka, Syrian Arab Republic, Tajikistan, Turkey and Uzbekistan that are in the last stages of eliminating malaria.

However, it will take commitment from different stakeholders, political will, prioritization, funding and mass participation.

The struggle continues and there is hope that one day, Uganda will be malaria free.