Bishop David Kiganda speaking to some of the participants during a religious consultative meeting at Imperial Royale Hotel in Kampala. Photos by Eddie Ssejjoba

KAMPALA - A section of the Born-Again religious leaders and preachers from various Churches throughout the country have opposed State Minister for Ethics and Integrity, Fr. Simon Lokodo's proposed policy to have all religious clerics including pastors and Muslim imams to acquire minimum academic qualifications.

"We are looking at the policy as having come from a malicious source and thoughts intended to crash the Church," Pastor Kayiwa told journalists after attending a Consultative meeting of Born-Again religious leaders and Pastors at Imperial Royale Hotel.

Under the new National Policy on Religious and Faith-Based Organisations (R&FBOs), all clerics will be required to obtain formal theological training and to obtain a certificate from a recognised institution.

Fr. Lokodo said, the new policy was in the advanced stage of formulation and cabinet is expected to discuss it to pave the way for the enactment of the law.

However, given the numerous responses and echoes from the fully packed hall, it is evident that all participants disagreed with the proposed policies as they were read and interpreted for them at the event.

They also voted unanimously to reject all the new policy and advised the minister to shelve it or remove what they termed as anomalies likely to jeopardise Uganda's position as a secular state without a state religion.

"The policy has ill-intentions and we suspect the minister's motive at this time. We therefore need a neutral person in charge of it," Kiganda told the Pastors who yelled in unison.

The meeting, which listened to various leaders suggested that all Pastors append their signatures on a petition they intend to submit to cabinet and parliament pointing out what they referred to as lope holes in the minister's proposed policies and asking the two arms of government to set them aside. 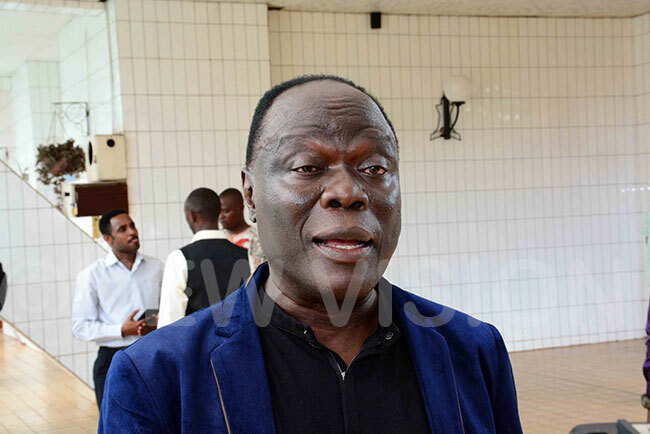 "If the two arms of government ignore us and pass the policy, we shall petition the Constitutional Court for redress, the ground must be levelled and the boat must be balanced," Kiganda said amidst cheers from the audience.

Pastor Kayiwa had no kind words to a clause in the proposed policy, which he said states that no more Churches will be registered.

"This is a country with religious freedom, why don't you allow more Churches of the Born-Again to be registered. All Churches here started small and became big, now why do you want to stop more registration," he said adding that it meant that there was ‘an intention to stop growth of Balokole Churches'.

He personally lashed at Fr. Lokodo saying the mentor of the Church is God and mentors of the World, like the minister, were politicians who he said had gone to school and studied politics.

"These two are different. Fr. Lokodo belongs to the political world and he can't organise the spiritual world when he is not a preacher himself," he stated.

He also criticised the method the minister allegedly used in collecting data about different faiths saying he was not qualified enough since he was not one of them.

"The collector of the data should be knowledgeable enough otherwise he will be biased. The policy might be intended to give a lame excuse to destroy our legacy based on a few people within the faith who are doing wrong," he said adding that the minister was a ‘novice' in the matters of spiritual world.

"We can't accept him to be our researcher, he can't be a good researcher on an issue touching millions of people," he added. 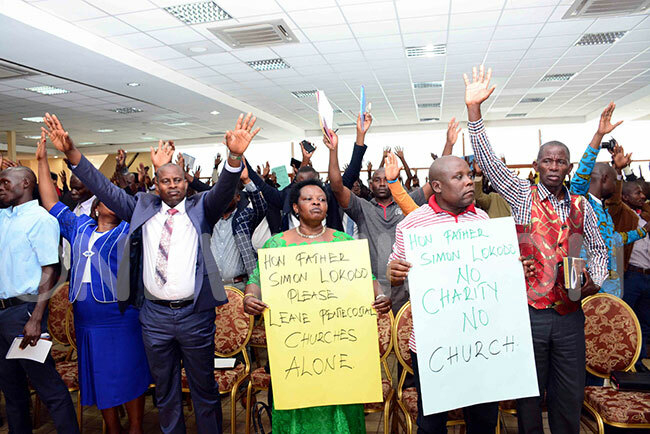 Kayiwa appealed to the minister to avoid ‘interfering' with issues of preaching ‘when he is not a preacher' and said as a politician, he should take to ‘Ceaser what belongs to Ceaser and to God what belong to God'

Kayiwa not that what Churches did was enough to register their Statement of Faith and that the minister should not try to determine who is a ‘cult' and who saying what he does not understand because he does not qualify to understand issues of the Spiritual World.

One of the most contentious issues, according to Kayiwa, was to ‘threaten levying taxes from Church income yet, he said, the Church ‘has no stable income-base and is not a business. 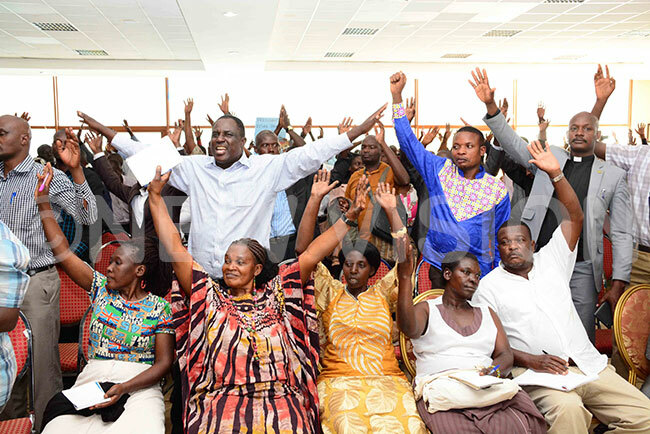 "It is an insult to look at the church as a business. We didn't come to Church to do business, there may be money in the Church but people giving money may be out of love to carry out church activities, which were ordered in the Bible that we can't do without money," he stated.

He said Jesus Christ used to carry a bag around in order to deal with those issues and he didn't get the money from heaven.

"To tax that money, which comes from the poor is unethical and very embarrassing for a minister to ever think about it, it is unethical, unbelieving, and un-Biblical, it is hateful," he stated. 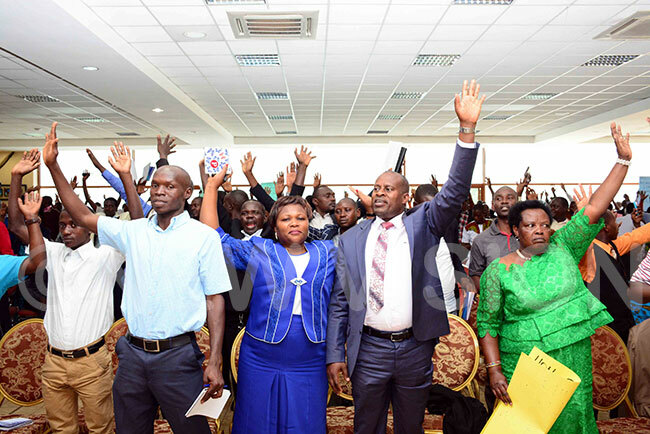 Muhangi bounces back for the KCB Pearl rally