The Dokolo woman who says she is over 130 years, has got a new house courtesy of a New Vision reader, Cecilia Atim Ogwal.

When the New Vision broke the story after Kelementina Akullu failed to be registered for Social Assistance Grants for Empowerment (SAGE) Scheme under the Expanding Social Protection Programme, two New Vision readers sent her assistance totaling to about sh1.05m, which was delivered by Rupiny Editor Robert Okwir. 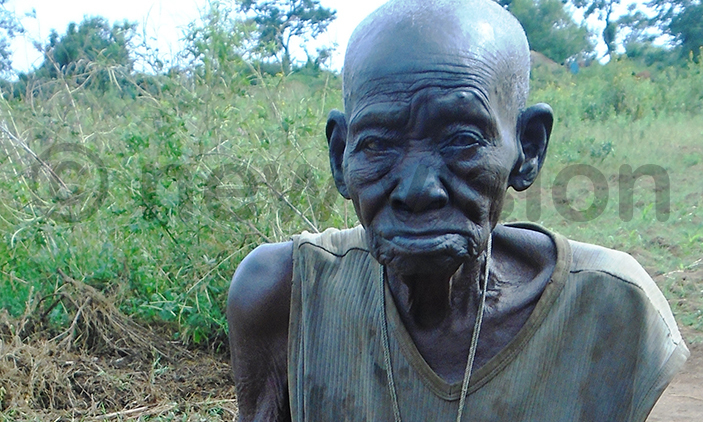 After the story ran, Kelementina Akullu was also picked from her home by National Identification and Registration Authority (NIRA) officials from Kampala and registered at their offices in Dokolo town.

During the ceremony, her grand and great grandchildren sang for her while prayers were also held.

The day was also turned into a birth day party for the old woman.

Leo Opige, a grandchild gave a brief history of the old woman, saying she has seen the fifth generation of her grandchildren.

He said her mother Atim Eyer was first married to Awio kot with whom they produced 16 children, but all died. The husband died and she was inherited by a man who produced with her four other children, including Kelementina, who is the 19 child, the third in the second marriage.

Alex Oluma Obilo, the clan leader of Okile me oluge, to which the old woman belongs, commended her for taking care of many people, including himself. He also commended Cecilia Ogwal, saying what she has done will never be forgotten by the clan.

Laurensio Omaa, a younger brother to the old woman, who looked older, said he is happy that God has kept her sister alive and strong to date.

Christopher Odwee, the area councillor of Dokolo sub-county appealed to the government to extend electricity and water to the area so that the old woman can also benefit now that she has a good house.

Cecilia Ogwal who arrived in the middle of the programme accompanied by her husband was warmly welcomed by the comunity.

Ogwal called for coexistence in Dokolo disregarding political and religious differences. "Where there is a gathering, I don't want segregation on political or religious lines, because this can bring disunity. When we gather like this I want us to discuss issues that unite Dokolo," she said

"We should be an example to others how we coexist irrespective of political or religious differences. The children being born now should also copy this culture, thank God," Ogwal a staunch born again Christian emphasised.

"The problem this old woman was in, if she were to fall sick and die, it would be a shame to us. But I decided to remove this shame. It's like I have helped all of you because it was you to build for this old woman a house," Ogwal added.

Kelementina in her grief remarks thank the people for coming to her home and Cecilia Ogwal for building for her a house.

When Ogwal ask how she felt about the house, Kelementina said she peeped in the previous day and the scent was so pleasant. "I like it," she said.

The uniqueness of the US-Israel alliance