Ugandan musician Moses Ssali alias Bebe Cool has put a smile on faces of patients at Kiruddu Referral Hospital when he visited them and gave them items to use in their day to day life.

At Kiruddu, Bebe Cool was welcomed the hospital principal administrator, Ereazer Mugisha, who took him around the hospital. Here, he was seen interacting with different patients as he handed them goodies.

Among the things he donated was sugar, soap, soft drinks, buckets, blankets, lavatories, powder detergents, money among others. 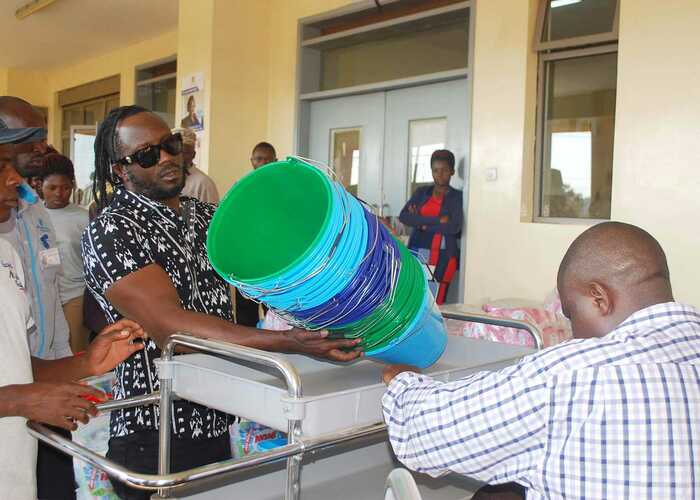 Bebe Cool told the press that as he was organising his Boxing Day show, he went to President Museveni requesting for help to buy drinks for revelers. However, he changed his mind and decided to channel the money to patients.

"I later realised that buying sodas for revelers would not make sense. I told the President that I will visit and help the people in hospital," he said. 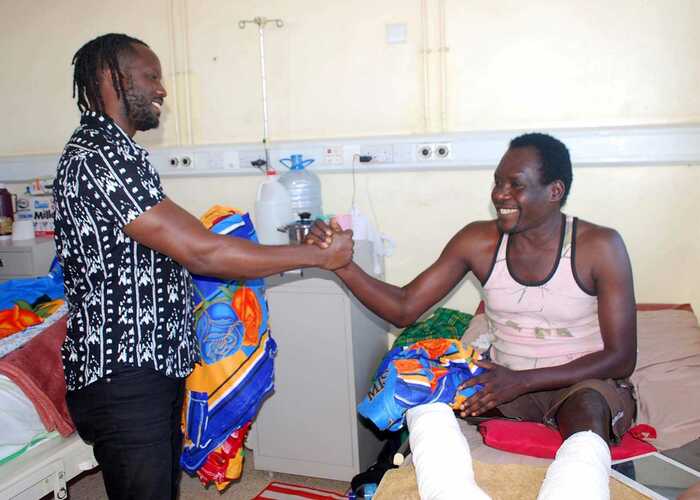 He explained that at the hospital they have many patients with no providers and those with care takers with no financial support.

"There are those who have spent here between two weeks to three months without help. The donation has brought hope in their lives," he said.