As it happened: Christmas Day in Uganda
Next Story

The Church of Uganda Archbishop also notes that domestic violence is on the rise, with the most affected group being children.

The Church of Uganda Archbishop also notes that domestic violence is on the rise, with the most affected group being children.

KAMPALA - The Church of Uganda Archbishop, Rev. Stanley Ntagali, has praised the commission of inquiry into land matters for giving Ugandans a platform to speak out on land grabbing and evictions.

The land probe is headed by Justice Catherine Bamugemereire.

"While we celebrate Christmas, many people have not gone home, some have no homes to go to," said Ntagali.

"They have been evicted from their ancestral homes and made refugees in their own country by rich Ugandans and development partners.

"I thank the Bamugemereire-led land commission for what she is doing on land and I hope the recommendations she will make will be an eyeopener to Parliament and Government to make sure that the rights of Ugandans are respected," added the archbishop.

He made the remarks while addressing hundreds of Christians at All Saints Cathedral in Nakasero on Tuesday during a special Christmas Day service.

Ntagali also noted that domestic violence is on the rise, with the most affected group being children.

He asked Christians to join the Church to advocate for the rights of children and move Parliament to put in place laws that protect them. 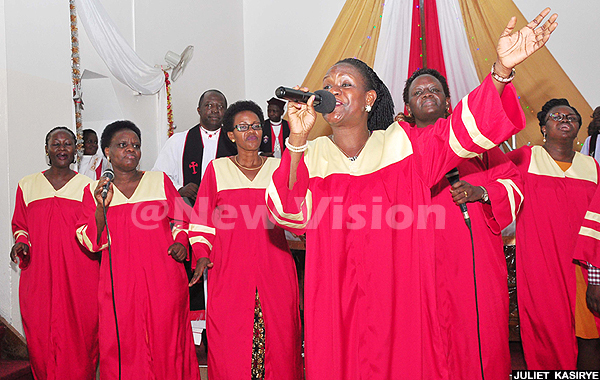 Currently, there is the Prevention and Prohibition of Human Sacrifice and Other Traditional Harmful Practices Bill in Parliament that activists hope will, if passed into law, enforce children's rights.

Ntagali blamed domestic violence on lack of trust and love among couples, noting that if families were built on the foundation of love and peace, such ills would not be in society.

He said because of broken trust, the country is plagued by hatred, grudges, rumours, political conflict, greed and self centredness.

"In this day and age, there are men who still beat their wives and wives who beat their husbands. And because men fear to speak out, they have abandoned their families and gone into exile."

In his Christmas message, the cleric asked Christians to remain steadfast in faith because the God they serve can never forsake them no matter the circumstance they are faced with.

He asked Christians to be agents of peace in their families, such that the children that grow under them are groomed into responsible citizens in the country.

On his part, Rev. Canon Geoffrey Byaruhanga advised Christians to celebrate responsibly and be level-headed during the festivities.