Trump panel recommends guns in schools to ...
Next Story

The former US President takes on the role of Santa.

The former US President takes on the role of Santa.

Former US president Barack Obama took on a new high-profile role as Father Christmas for a surprise visit to sick children in Washington DC.

Sporting a festive Santa hat and armed with a sack of gifts, he delighted young patients at Children's National hospital with gifts and hugs. 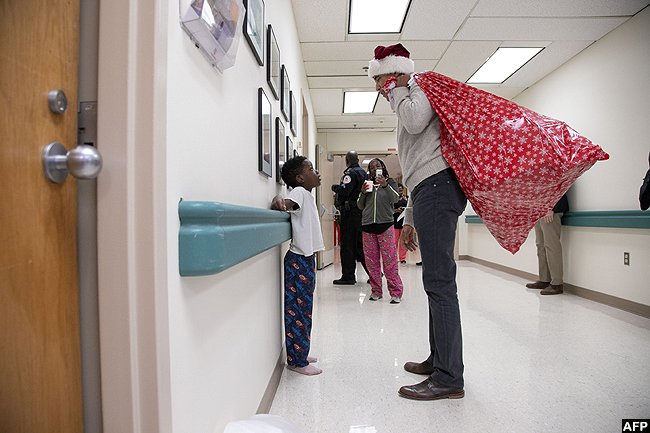 "I just want to say thank you to all of you guys," Obama told staff, who greeted him with rapturous cheers, in a video he shared on his Twitter account.

"We've had the chance to talk to some of the wonderful kids and their families," he added.

"As the dad of two girls, I can only imagine in that situation to have nurses and staff and doctors and people who are caring for them, and looking after them... that's the most important thing there is."

The 44th president of the United States still lives in Washington, where he last year dressed up as Santa to visit middle school students at a Boys & Girls Club in the capital. 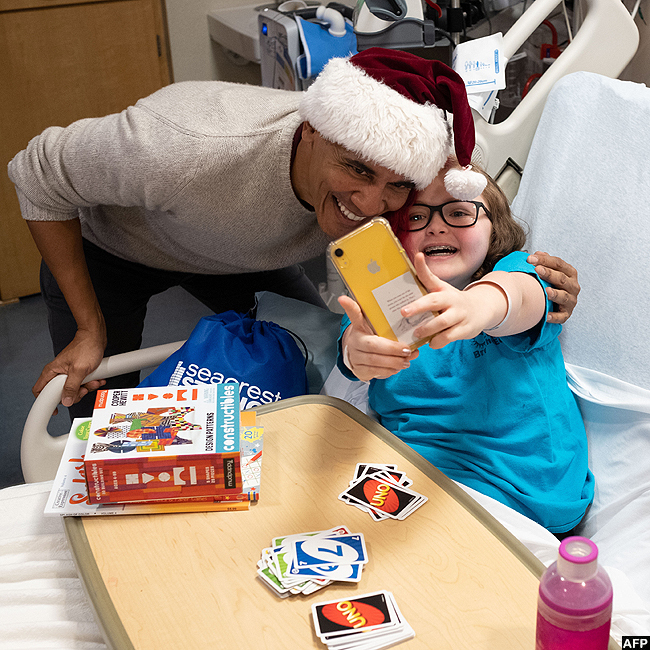 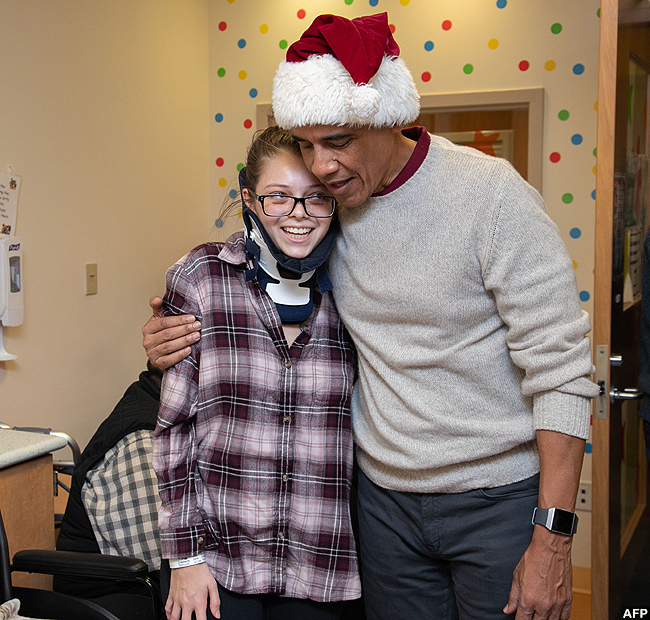 Merry Christmas and happy holidays to the extraordinary kids, families, and staff at Children's National. And thanks for humoring me as your stand-in Santa. https://t.co/mFmYCVk7cr